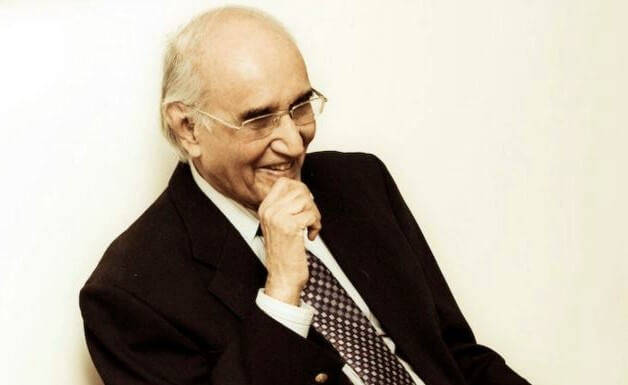 Translated from Urdu, a story by Mushtaq Ahmed Yusufi (1962). Mushtaq Ahmed Yusufi is to receive the Hilal-i-Imtiaz in literature from the President in Pakistan.
‘Hai Allah! Why did you get this elephant of a dog?’
‘To guard.’
‘To guard what?’
‘The house.’
‘This house?’
‘Yeah! He’s a very clever dog. He can guard a house even if the house doesn’t have anything in it to guard.’

The immediate benefit that came out of this domestic dialogue was that, as soon as I got my next paycheck, I bought all the important household stuff so the dog could guard them. But one needed a heart of stone to keep our innocent children uninformed of the true benefit of a dog that only parents could understand. That benefit was that this dog after all belonged to a Brit. And who doesn’t know that even our illiterate give their dogs English names and talk to and get mad at them in English. So, I immediately pointed out to my wife that our children would learn English because of the dog.
The moment my wife heard that, she patted the dog on the head and grabbed the leash from me just as Lady Macbeth grabbed the dagger from Macbeth: ‘Infirm of purpose! Give me the dagger’¦’
Oh, memories! About twenty years back from this drop-scene, when Aatish was young, nay, adolescent, he saw that blue-eyed, shapely-legged, blonde mame hugging and kissing her pocket-sized Pomeranian in her lawn. And that little rascal deserved it, too. He was so adorable, so cute. Covered all over with cloud-like white hair, until he started to walk, you couldn’t tell at which end was his face. Hai! What great time that was! Everything was young. Everything was beautiful. Everything was loveable. What fragranced and hot were those days: So hot is my breath as if it were heat wave.
I remember that day very well when these sinful eyes saw beauty at both end of the leash. Then, I had a beautiful yearning: after we get freedom from the Brits, and if I get lucky, I’d get a blue-eyed, shapely-legged, blond dog as a pet for sure. But, as Mirza pointed out, first of, dogs of high breed were too expensive and, secondly, our house was so small that it would’ve been impossible for a dog to stay healthy in it. Thank God for Mr. S. K. Dean (Shaikh Khair-uddeen), M. A. (Oxford), who kept fanning the flame of my wish.
Mr. S. K. Dean was a distant relative of mine who happened to be my neighbor as well. He had a strong, pure Greyhound, whom he was raising with the neighbors’ blood. That dog’s body was like a cheetah’s, and a temperament to match it. Although he was an expert in all sorts of different ways of barking, but if it was a full moon out there and he was in a mood, he would get so original that every time he barked, you’d get a different kind of annoyance. Other dogs like him who barked as a hobby would give up fairly quickly. But this dog, as Mirza said, barked in Urdu, that is, he’d bark relentlessly.
People say that Mr. S. K. Dean didn’t think much of his ancestors, but had memorized his dog’s history of the last fifteen generations. He was so proud of his dog’s ancestry as if their pure blood was running his own impure veins. He’d say that, on this side of the river Suez, one could not get a meaner dog. The dog’s grandfather got killed on June 15, 1941 in Pond Cheri battling with a gang of local dogs. It was a full moon. Not a creature was stirring. At the crossroad the battle took place. It was a dog-eat-dog scene. Everyone in the neighborhood knew that, if someone rushed to Mr. S. K. Dean’s house in an emergency to phone the fire brigade, he’d not let him touch the phone before showing him his late dogs’ photo album. A big picture of Mr. Dean hung on his drawing room wall, which he had taken with his dog’s trophies and the dog’s medal pinned on Mr. Dean’s coat. Thinking of my wish, one day, when no one was around, he let me hear the bark of his dog on a tape recorder. He had tears in his eyes hearing it, and I had in mine for his silliness.
I had my wish to get a dog express to Mirza many times. But every time Mirza heard the word ‘dog,’ he acted as if he’d bite me. ‘Let go, it’s a totally nonsense animal,’ he’d say. ‘It’s good for nothing. The only reason dogs were created so that Pitras could write a wonderful essay on them. That happened long ago. This animal has no reason to exist anymore.’ He’d go so far to say that, even if this species ceased to exist, the Urdu sarcastic writers would continue its name. Although Mirza’s knowledge about all animals was quite limited (for example, just last evening he thought that foxes were female coyotes and’”good heavens’”the big ant a male of common little ants!), but he specially disliked dogs. To convince others of his opinion, he’d present logic that made no sense at all. For example, he said one day, ‘A house that has a dog in it not only keeps thieves away, but also the angels.’
‘I can understand the thieves, but what are the angels afraid of?’

‘That’s because dogs are unclean.’

‘But you can keep the dogs clean. Look at the Brits. They give bath to their dogs every morning and evening.’

‘If you washed the dung with soap every morning and evening would it be clean?’

‘But the question is why the dog is considered unclean?’

‘Some should learn illogic from you! My grandmother used to say that dogs have swine’s saliva in their mouths.’

‘My brother, I’ll tell you the clear recognition of a clean animal. Remember, all those animals that Muslims can eat are clean.’

‘Considering that, goats have suffered a great deal in Muslim countries for being clean.’

‘Let them say whatever they want to. People have always called dogs, dogs, and have not addressed them with big peoples’ names.’

‘What do you mean by big peoples’ names. Haven’t you heard that all dogs were once wolves; living with people their wolf-ness went away, but people on the hand’¦’