The Making of Javid Nama by Dr. Allama Iqbal 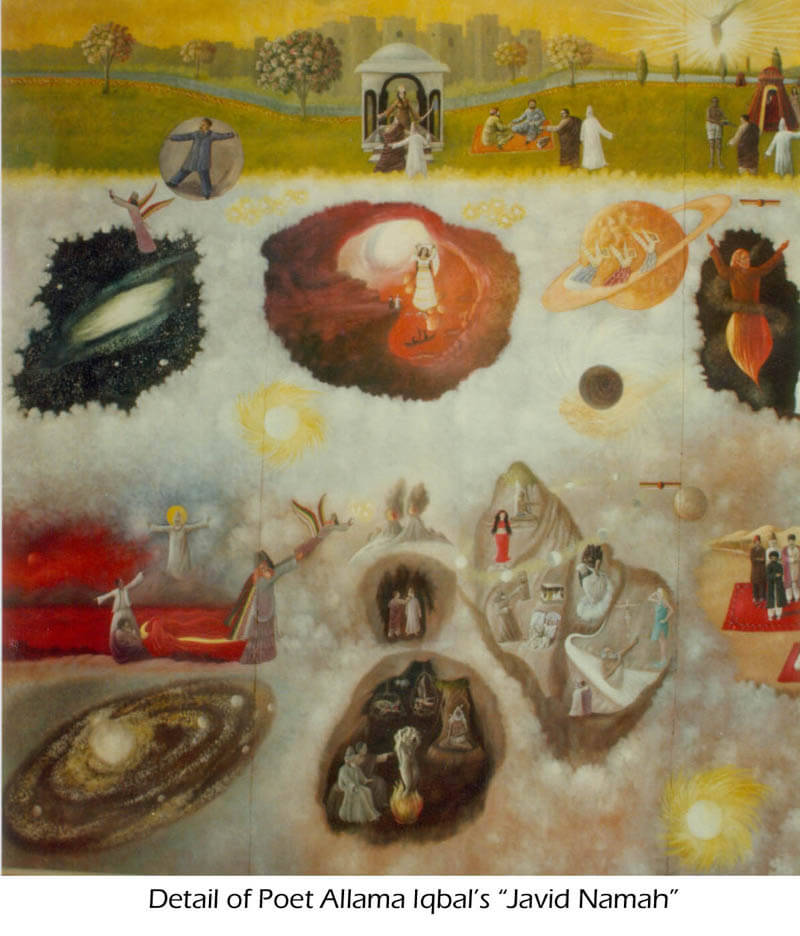 In the summer of 1927, Iqbal opened his notebook and recited some verses to Syed Nazeer Niazi, the nephew of his Sialkot teacher Mir Hasan and a frequent visitor. The verses, as Iqbal himself would later describe them, “came from another world” and the book in which they were meant to go would be proclaimed as “descended from another heaven.” It was going to be Javidnama, apparently named after his favorite son but also meaning, with a pun on the name, ‘The Book of Immortality [Javed meaning Immortal].’
The major inspiration was m‘iraj, or the ascension of the Holy Prophet to the heavens. “Professor Bevan has given us valuable historical discussion of the story of the m‘iraj,” he mentioned in his Presidential Address to the Indian Oriental Conference in 1928, a year after he started Javidnama. What was more important to him than the historical discussion was the intense appeal of the story to the average Muslim mind, “and the manner in which the Muslim thought and imagination have worked on it.” He mentioned the impact it had on Ibn ‘Arabi, and through him on the mind of Dante.
In that speech he did not mention the book Divine Comedy and Islam, published in Spanish in 1919 and by now available in English translation. However, its author Miguel Asin was mentioned as the pioneer of this discussion in an essay appearing soon after the publication of Javidnama in 1932. The essay was by Iqbal’s devoted friend Chaudhry Muhammad Husain, in all probability supervised by Iqbal himself.
In that same essay we we also find that he was planning to write a thesis on m‘iraj but when he discovered that Dante’s Divine Comedy was also inspired by the same incident, he decided to turn his thesis into narration, an Eastern Divine Comedy of sorts. We cannot be sure which author first caught his attention on this subject, but in any case he benefited from Asin’s book either before or while writing Javidnama and it seems a happy coincidence that a year after publishing it he also met the professor in Spain.
If Dante actually took his inspiration from the m‘iraj – and he almost certainly did, despite his hostility towards the Prophet – then he was neither the first nor the last of such writers. M‘irajnama was an established genre of Muslim literature and was not restricted to the retelling of the Prophet’s Ascension only. Sufis had written about their own mini-ascensions too.
Iqbal’s homework included extensive research. The characters should speak what he wanted to say through them but they must also sound like themselves. Hallaj, for instance, was given one of Iqbal’s own ghazals from Payam-i-Mashriq (1923) to sing, but the dialogue between him and Zindah Rud (Iqbal’s nickname in the epic) closely followed Hallaj’s own mindset as depicted in his writings (edited and published from Paris some time ago).
The rules of science could not be followed throughout a spiritual fantasy but Iqbal managed to display his familiarity with the expanding boundaries of astronomy. Jupiter, it had then become known, moved in a fast and interesting manner and hence Iqbal chose it to be the haunt of those souls that did not wish to stop at anything.
And yet, Javidnama was not the only thing he was doing those days. He was also reconstructing the religious thought in Islam through a series of lectures, preparing the case for a Muslim homeland in India through a presidential address, and last but not least, making
his livelihood through legal practice and checking examination papers for universities.
“I have drained myself,” is what Dr. Iqbal said at the end of four years during which he completed his ‘life’s work.’ 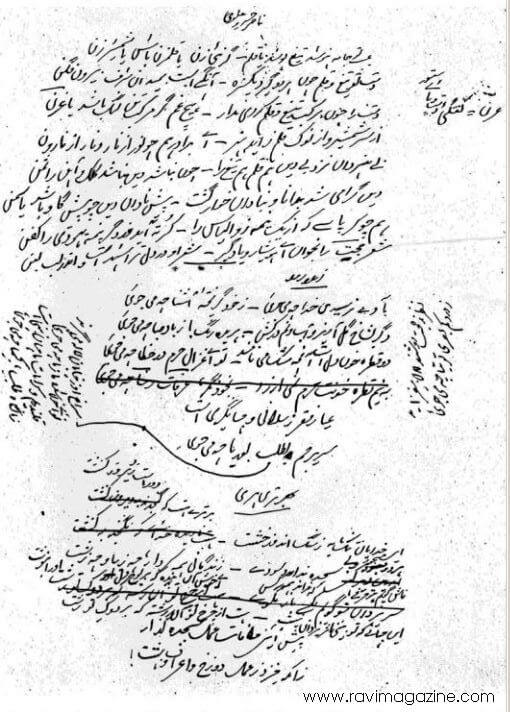 Cover page shows painting by Jimmy Engineer, who was commissioned by Dr. Javid Iqbal to paint Javidnama. something Dr. Iqbal himself expressed wished for. It has been produced with Jimmy Engineer’s permission and my greatest gratitude, see here.