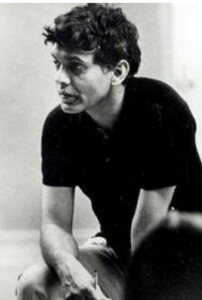 Noam Chomsky is author of many world-acclaimed hooks on linguistics and politics. He teaches linguistics at Massachusetts Institute oj Technology

Inevitably reading Eqbal Ahmad’s words evokes the presence of the person – – treasured friend, trusted comrade, counselor and teacher. The unforgettable voice, beautifully captured in these interviews, is rich with learning, understanding, and compassion. It is a voice of steel) dedication, but free from dogmatism. Though “harshly secular.” as he describes himself, Eqbal like others who knew him. I cannot bring myself to refer to him more formally – is quick to praise elements of religious thought and practice that he found admirable: among them, the work of the great Islamic religious scholars of India who opposed partition and the idea of nationalism, which they regarded as an anti-lsiamic ideology that “proceeds to create boundaries where Islam is a faith without boundaries.” For Eqbal, “the perils of nationalism” compare with the curse of religious fanaticism, taking on a still more virulent form when the pathologies merge in the post-colonial state – a configuration that is a harsh image of what came before, he argues.

The deep failure of the anti-imperialist movements, Eqbal continues, was to embrace the Western ideology of nationalism, forgetting the warnings of those who were most revered: Rabindranath Tagore, for one. There is tragic irony in the fact that “Tagore, an anti-nationalist, ended up providing the national anthem to two countries of South Asia.” which have suffered bitterly for rejecting his lessons. Eqbal sees comparable irony in the depiction of Muhammad Iqbal as the father of Pakistani nationalism, quoting his words that “In the whole world there is no country better than our India”: the only national anthem he wrote “that could have been adopted would have been India’s.” Adapting Iqbal’s image, Jinnah “suggests a vision of Pakistan as having open borders with India, at peace with all its neighbors.”. The curse of nationalism and religious fanaticism has trapped the national movements in a deadly embrace, Iqbal warns, marching towards self-destruction under the leadership of “medieval militaristic minds” that are “no more modem than the Clintons and the Bushes.”

Eqbal quotes Franz Fanon. with whom he worked closely, on ” The Pitfalls of National Consciousness.” That is the title Fanon gave to his “enlightening last thoughts.” which Eqbal strongly endorses. Fanon “saw with clarity the pitfalls of nationalism, the kind of structure it will produce, the dependencies that develop, the postcolonial slate that will be nothing more than a new instrument of imperial domination.” with “the emergence of a collaborative elite” who will he “the golden boys of airlines, of the jets.” Eqbal himself saw the post-colonial state as “a bad version of the colonial one,” with the same structure of “a centralized power, a paternalistic bureaucracy, and an alliance of the military and landed notables.” The new elite are the inheritors of the old: the propertied classes, the intelligentsia, the bourgeoisie, “as heartless in its lack of concern for the poor, in some ways even more so as the colonial state.” “They are building a system of apartheid in which the poor are separated from the rich and the rich arc connected to the West, to the Metropolis.” There is no ’recolonization” because there was no true decolonization. Production- consumption structures have barely changed, though the dependency relations have become more diversified. In the BBC documentary that Eqbal directed on South Asia as seen through his own eves and experience, he includes a poem by Faiz Ahmed Faiz, “who was so prescient in catching the mood of disillusionment with the decolonized post-colonial states.”

There are few illustrations more painful than the Arab world, which the US government recognized 60 years ago to be “a stupendous source of strategic power, and one of the greatest material prizes in world history.” But the extraordinary wealth, Eqbal observes, “has been separated from their people,” flowing to the West through the medium of a post-colonial elite that the British rulers, in their day in the sun. derided as an “Arab facade” behind which the British would exert real power. The postwar history of West Asia spells out these principles with grim exactitude. Unless they find a way to take their fate in their hands, the 200 million people who have been separated from their wealth face “autogenocide” of unimaginable proportions when that wealth is exhausted, leaving no viable societies.

The picture extends to a good pan of the world. In the internal record of LS postwar planning, we read that Africa was offered to Europe to be “exploited” for its own reconstruction. The former imperial powers have labored to ensure that the structures of power and exploitation remain largely in place, bequeathing a legacy of shame and horror. In US domains, leading scholars recognize frankly that Washington’s “democracy enhancement” programs were designed “as a means of relieving pressure for more radical change, but inevitably sought only limited, top- down forms of democratic change that did not risk upsetting the traditional structures of power with which the United States has long been allied” (Thomas Carothers, surveying Reaganite policies in which he participated). The misery of the region reflects those imperial choices in close detail.

There are distinctions. Among the most dramatic are two potentially rich regions. East Asia and Latin America. Scholarly studies reveal that patterns of consumption and elite “status competition” are quite different: in Latin America, “foreign-produced luxury goods for Western-oriented elites contrasted with the home-grown status goods orientation of Asian societies serviced by larger and more decentralized skill craft sectors”; Asia concentrated on “building up the physical and human capital base prior to turning to consumer durable production.” In Latin America, where the rich are exempt from responsibility, the problem is not “populism,” a prominent Brazilian economist points out. but “subjection of the state

to the rich.” East Asia differs sharply. The difference of outcomes was enhanced during the past quarter-century of “globalization.” Reviewing the decade of “liberalization.” the director of the Economic Commission for Latin America observes ruefully that Latin America is the region where the “economic reforms have gone the farthest” and growth rates sharply declined, while the fastest growth was recorded in East Asia, which deviated most sharply from the Western-dictated rules.

Eqbal’s review of the contemporary world and its origins avoids 110 suffering or dangers, but is nevertheless suffused with his unshakable optimism. Interlaced with his harsh critique of developments in Pakistan is his admiration for the achievements of the feminist movements and progressive NGOs, and of the press, “probably the liveliest in the third world.” The last years of his life were devoted to the founding of Khaldunia University, which he hoped would “produce a modem progressive secular educated class of people who know the traditions and take the best of it.” They would, he hoped, join with activists working locally to construct “alternatives that empower people and make alternative plans for economic growth.” constructing.a functioning democracy from below that will not simply caricature the word.

Eqbal describes with warmth and feeling the Sufi tradition that he remembers from his childhood in a village in Bihar, where Sufi worship united Hindus and Muslims. Simple and unpretentious, “they preached by example,” living “by service and b\ setting an example of treating people equally without discrimination.” They appealed to the most oppressed, offering “social mobility, as well as dignity and quality to the poor.”

I think Eqbal would not have been distressed to find himself remembered as a secular Sufi teacher and guide — by example in his life, by the power of his thought and words.