“One of the greatest Pakistanis was Akhter Hameed Khan…he proved to people that the moment you empower the people, the people can lift the standard of living, they can look after themselves.”

World-famous social scientist Dr. Akhter Hameed Khan was born in Agra (United Provinces, now Uttar Pradesh, India) on July 15, 1914 and died on October 09, 1999. He was the founder of  the Pakistan (later Bangladesh) Academy for Rural Development (BARD) and the Orangi Pilot Project (OPP, Pakistan). Pakistan and Bangladesh owe a great deal to him for his contributions to rural development and introduction of microfinance and other poverty alleviation methods. 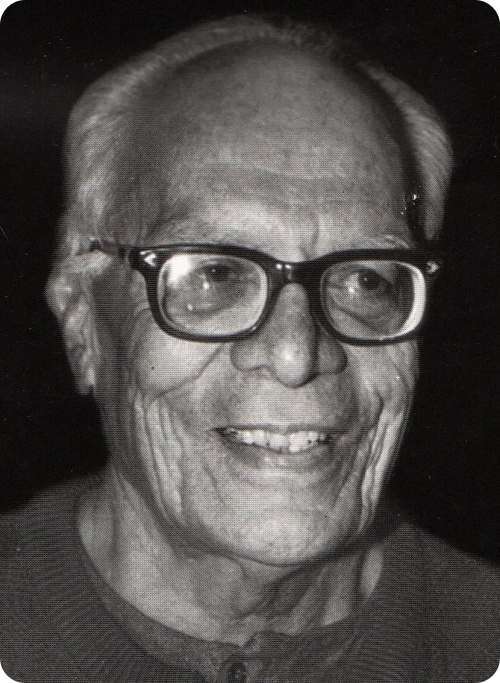 While at BARD, in addition to his groundbreaking work on rural development and microfinance, Dr. Khan launched an ambitious movement to support female emancipation and empowerment. Many orthodox Muslims (including clerics) resisted him, but Dr. Khan was relentless and the movement eventually took off. Today, Bangladesh benefits from the efforts of Dr. Khan, as female participation in society is now much more common. In fact, two women became the Prime Ministers of the country, Khaleda Zia and Sheikh Hasina (Current Prime Minister).

With his various programs, Dr. Khan proved to the world that empowering the poor can truly improve their lives. His ideas have gone viral and have inspired other efforts in Pakistan and other parts of the world. Internationally, the launch of microcredit by Grameen Bank and support of micro-savings by the Bill and Melinda Gates Foundation are a few examples. He also left behind several disciples such as Nobel Prize winner Professor Mohammad Yunus, Sir Fazle Hasan Abed, Shoaib Sultan Khan, and Parveen Rehman.

His services have been appreciated by many in the East and the West. Dr. Khan was nominated for the Nobel Peace Prize. He was also awarded the Ramon Magsaysay Award (Philippines), the Jinnah Award (posthumously), and the Nishan-e-Imtiaz (posthumously) for his various contributions. The former President of Pakistan Mohammad Ayub Khan decorated him with the Sitara-e-Pakistan. Ex-President Pervez Musharraf and former Finance Minister (later Prime Minister) Shaukat Aziz also appreciated Dr. Khan at two separate seminars held to pay tribute to him. Former Bangladeshi President Hussain Muhammad Ershad also honored Dr. Khan in a ceremony by presenting him with a plaque.

Dr. Khan passed away in 1999 and was buried at the OPP office. May God rest his soul in peace.

Nasim Yousaf is a researcher based in the USA and a nephew of Dr. Akhter Hameed Khan.