Allama Iqbal’s poems on Eviction of Adam from Heavens as Earth welcomes him.

Adam and Eve are the first man and woman according to the Old Testament. The initial chapters of ‘Genesis’ tell the story of their crea­tion, their sin in eating the forbidden fruit from “the tree of knowledge of good and evil”, and their expulsion from Paradise or the Garden of Eden.

In his lecture “The Conception of God, and the Meaning of Prayer”, Iqbal points out the difference about the legend of Adam and Eve, as told in the Old Testament, and the Quran. According to the Quran, Adam and his wife were led astray by Satan to taste the forbidden fruit, whereas according to the Old Testament they were driven away from the Paradise. The Old Testament curses the earth for Adam’s act of disobedience; the Quran declares the earth to be the “dwelling place”, and “a source of profit to him”. According to the Quran, man is not a stranger to the earth. Iqbal was of the view that the Jannat in the Quranic narration is the conception of a primitive state in which man is practically unrelated to his environment.

Iqbal observes that the Quranic legend of the Fall has nothing to do with the first appearance of man on this planet. Its purpose is rather to indicate man’s rise from a primitive state of instinctive appetite to the conscious possession of a free self, capable of doubt and disobedience. The fall does not mean any moral depravity; it is man’s transition from simple consciousness to the first flash of self-consciousness. Nor does the Quran regard the earth as a torture-hall where an elementally wicked humanity is imprisoned for an original act of sin. Man’s first act of disobedience was really his first act of free choice, and was forgiven.

Iqbal argues that goodness is not a matter of compulsion; it is the self’s free surrender to the moral ideal and arises out of a willing cooperation of free egos. A being whose movements are wholly determined like a machine cannot produce goodness. Freedom is thus a condition of goodness.

In ‘Bal-l-Jibreel, there is a poem of Iqbal entitled “Angels bid farewell to Adam, on the eve of his departure from the Paradise’. In this poem Iqbal has dramatised the departure of Adam from the paradise. Adam feels concerned on leaving paradise and seeking his home on earth. The angels while bidding him farewell speak some words of cheer. They say:

“You have been given the restlessness of day and night;
We know not whether you are of clay or quicksilver;
We hear you are made of clay;
But in your nature, you have the glitter of stars and moon.
You cannot realise even in dream what is your potential;
And what heights you can reach.
Your efforts will stand you in good stead;
Through them you will prosper and reach perfection.
Your melody will unravel the secrets of life.
God himself has attuned your organ to divine music.”

The underlying idea is that as Man is the vicegerent of God on earth he is endowed with great potential. It is for Man to develop such poten¬tial and fulfil his mission of viceregency of God. Though Man is made of clay he carries with him divine light. Because of such light, he can rise to great heights of perfection, which cannot be visualised even in dreams. God has attuned the organ known as Man to divine music. If man follows divine injunctions, there is nothing which he cannot accomplish. 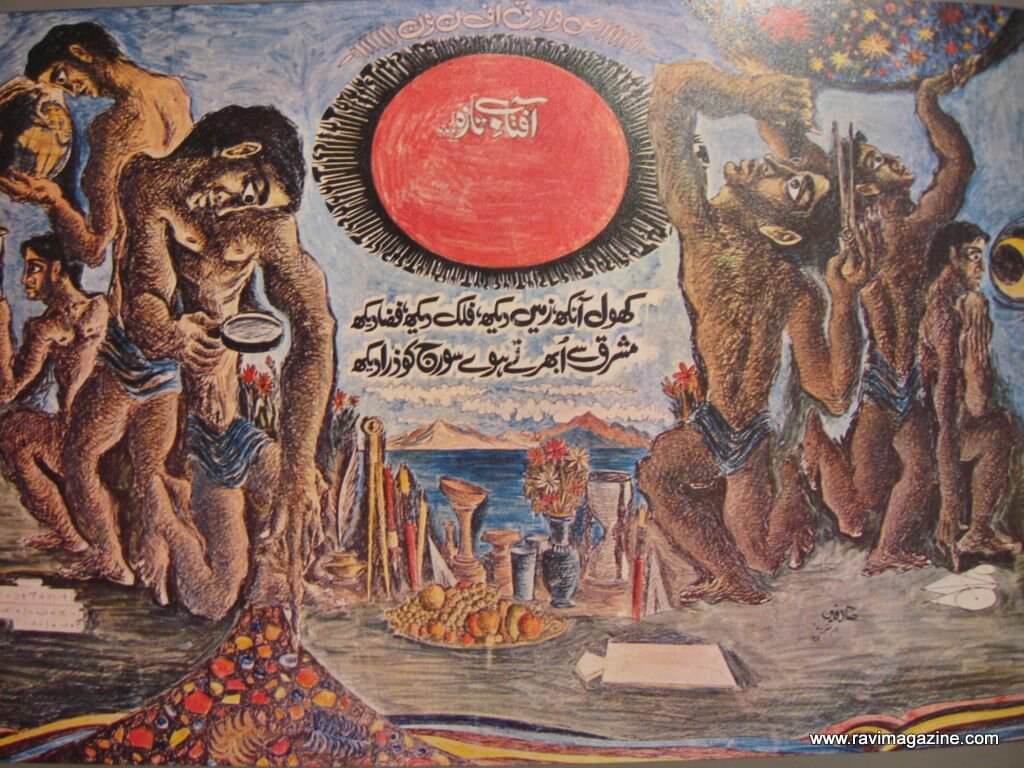 In ‘Bal-i-Jibreel’ there is another poem of Iqbal entitled “The Earth Greets Adam”. When Adam left the paradise, the earth welcomed him in the following verses:

“Open your eyes, see the earth, see the sky and see the atmosphere, Behold the sun arising from the east,
Behold this unveiled vision hid in the veils of light
Peel the anguish and torment of the days of separation.
Be not overwrought; behold the contest of hope and fear.
These fleecy clouds are under your control This high vault of heaven, this silence of space
These mountains, these deserts, these oceans and these winds Are all there to serve you.
Till yesterday you were impressed with the activities of angels
Today in the mirror of Time behold your own activities.
The Time will follow the gestures of your eyes.
The stars will watch you from distance.
The ocean of your Imagination is shoreless.
The sparks of your sighs will mount to the Heaven,
Build your ‘Self’, and see the plenitude of your power.
Ther’s brightness of the sun in your flame.
A new world can be created with your skill.
A paradise which is bestowed will not attract you Your paradise ties dormant in the blood of your heart.
O ye the embodiment of clay see the result of constant striving.
Since the dawn of creation every fibre of your body Throbs with the melody of the love of God,
Verily you are the seeker of love since the dawn of creation.
You are the custodian of the temple of secrets.
You have the power to work hard, to shed blood or to live in peace, Realise that your will is the destiny of the world’

The basic point made out is that this earth is fully subject to Man, and by developing ‘self’ he can control destiny. Man is endowed with the power to work, but it is upto him whether he would use his potential for destruction or for peace.