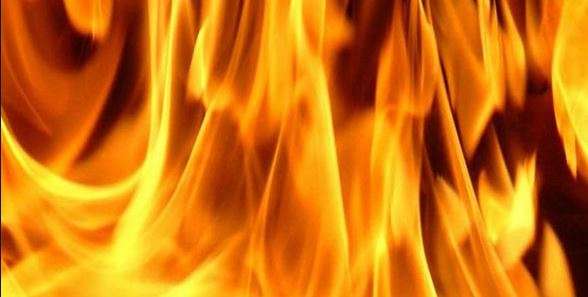 Who are the people who get involved in “terrorist attacks”?
Why would someone kill innocent civilians?
What kind of personalities and philosophies do such people have?
What kind of political climate produces ‘suicide bombers’?

In the last few years there has been an increasing discussion and dialogue in the media about those young men from the Muslim world who have been known as ‘suicide bombers’. Since the September 11th , 2001 tragedy and the ‘war on terror’ those young men have been capturing the headlines of the newspapers and becoming a part of the highlights of the news on the radio as well as television.

Being a peace-loving humanist I value life and do not support violent death, whether in the form of suicide or homicide. As a psychotherapist I have been studying the biographical notes and listening to the interviews of the family members of ‘suicide bombers’ to have a better understanding of their psychology. I am gradually realizing that although each story is unique, yet there are some common themes that emerge. In this short article I will share a few pieces of this mysterious puzzle.

The first piece is the issue of identity. For many ‘suicide bombers’ their religious identity becomes more important than their ethnic, racial or gender identity. Even those young men who live in England or North America, they feel more Muslim than British or North American.

The second piece of the puzzle is the issue of identification. When young Muslims all over the world see the images of the war in Iraq, Palestine and Lebanon, they identify with those Muslims who are tortured and killed. They feel part of the ummah, the Muslim nation. Those Muslims who identify with Muslims from other parts of the world far from their homeland are more prepared to sacrifice their lives for a holy cause.

The third piece of the puzzle is the anger, resentment even hatred against colonial and imperialistic powers in general and America in particular. Many Muslims believe that America’s ‘ war on terror’ is motivated more by holy oil than by the wish to export democracy and freedom. As the ‘war on terror’ escalates, so does the hatred towards America.

The fourth piece of the puzzle is the disillusionment Muslims experience towards their heads of the states. Many Muslims believe that America has been only paying lip service to democracy and directly or indirectly supporting dictators, army generals and monarchs who are puppets of the American government rather than democratically elected representatives of their country.

The fifth piece of the puzzle is personal tragedies that many Muslim families have experienced. The more Palestinian, Iraqi, Afghani and Lebanese families lose their family members the more there is a wave of retaliation. Many young Muslims are contemplating becoming ‘suicide bombers’ to take revenge for their fathers and uncles who were killed or imprisoned in the war on terror. The more unjust the killing or imprisonment, the stronger the sense of revenge.

The sixth piece of the puzzle is the increasing sense of desperation. Some Arabs and Muslims feel so helpless and helpless for themselves and their children, that they not only want to end their own lives but also of others in a violent way. Schopenhauer, the philosopher, once said that when horrors of life outweigh the horrors of death human beings commit suicide.

The seventh piece of the puzzle is the influence of those Muslim leaders who have a charming and cultish personality. They present their ideology in such a persuasive way that those Muslims who are angry and vulnerable join the movement and offer their lives to these charismatic leaders.

It is amazing that the more these factors come together, the more young Arabs and Muslims have a tendency to follow a cultish leader they meet in person or watch on television. Once young men have volunteered their lives for the cause their leaders wait for the right moment to send these dedicated followers on the ‘suicide mission’. They present the experience as an act of sacred martyrdom for which they would be rewarded in heaven. It is significant that those ‘suicide bombers’ do not see themselves committing suicide, which they believe is forbidden in their religion.

In this whole process the political and the personal, the national and the religious factors come together and the person who has been known as a decent, responsible, law-abiding citizen joins the movement and then finds himself on a slippery slope. These charismatic leaders have learnt a lot from the history of guerrilla warriors and use very unconventional methods for which the traditional armies find themselves quite helpless. Some ‘suicide bombers’ might act on their own or in small groups but many of them join a resistive movement or guerrilla war and in their mind justify giving and taking lives for their cause, their ideology, their religion, their God.

When you ask them why do you kill civilians they rationalize by saying that the leaders of Western governments are elected and therefore supported by the masses in their elections so they are indirectly responsible for the atrocities on the Muslim world. Many Muslims believe that America has declared war on the Muslim world preparing for Muslim Holocaust and they need to defend their faith and the Muslim cause and if they die they would be serving a holy cause thus becoming martyrs.

From a psychological point of view a ‘suicide bomber’ symbolizes a contradiction, vulnerable yet strong at the same time. He wants to remain anonymous yet remembered in the history of his community as a hero. He wants to die and yet also live forever. He is the most rational being in planning his attack and yet acts in the most irrational way by being destructive to himself and others.

In the last few decades the number and frequency is significantly increasing. There is a gradual awareness for all those Muslims who believe in armed struggle that they cannot fight the imperialistic and colonial powers of Britain and America by traditional methods. Since they are facing the armies of superpowers they resort to guerrilla war motivated by their nationalistic and religious ideologies.

To understand the psychology of ‘suicide bombers’ we also need to understand the contemporary political climate. America’s attack on Iraq and George W. Bush’s statement that ‘if we you are not with us you are against us’ has raised the violent confrontation to new levels and paved a way for guerrilla war in the Muslim world. There are ever increasing number of Muslims preparing themselves to become ‘suicide bombers’. Those ‘suicide bombers’ are just the tip of the iceberg and a reflection of the sad reality as many Muslims prepare for a protracted war. In the January 26, 2004 issue of Time magazine Romesh Ratnesar and Philip Zambrinski in their article The Rise of the Jihadists reported from Baghdad that they interviewed a guerrilla leader by the name of Khalid who acknowledged that his guerrilla group is conducting “regular attacks against US forces” and he is not disheartened by enormous American military power. He stated that with time his followers were gaining experience. He stated, “ We will have enough weapons to fight for fifty years.”

Many experts are afraid US might relive the horrors, tragedies and humiliations of Vietnam. One Pentagon guerrilla-warfare expert warned the Bush Government “ We are repeating every mistake we made in Vietnam.”

The leaders on both sides George W Bush in the West and Osama bin Laden in the East, have gained tremendous political and religious power and they are ready to sacrifice millions of people in the name of God, religion and politics. When we read the speeches of Osama bin Laden and George Bush, we are struck by a number of similarities. Each believes he is fighting for justice and peace. Each believes the other is a terrorist. Each believes he is on the right path. Both have declared a Holy War, and are willing to kill innocent people. One calls is a crusade, and the other a jihad. Both believe God is on their side.

Whether they are ‘suicide bombers’ of the Muslim world who follow the path of Osama or the soldiers of the Christian world who follow the orders of Bush and Blair, all of them have embraced violence and are willing to kill innocent civilians for their nationalistic and religious ideologies and continue to justify violence as a means to an end.

I strongly feel that nationalistic and religious ideologies have been quite dangerous for humanity and when religion joins politics it becomes more dangerous and lethal. Poor and vulnerable people are hypnotized by the mesmerizing speeches of their political and religious leaders and are willing to sacrifice their lives for a holy cause and in the process take the lives of thousands of innocent civilians.

I am of the opinion that to understand the psychology of the ‘suicide bombers’ we not only have to peep into the psyche of those young men but also have a better understanding of the dynamics of the violent world we live in. Those ‘suicide bombers’ want all of us to think seriously about the unresolved political conflicts of the contemporary world. It is quite possible that if those issues are not addressed by United Nations and international community in a fair and just way, the conflict between the East and the West, Muslim and non-Muslim worlds will continue. There will be ongoing tension and from time to time outpourings of violence from both sides. ‘Suicide bombers’ are just a symbol of those underlying unresolved hostilities and escalating hatred on both sides.

It is so tragic that even in the 21st.century rather than being civilized and enlightened, living with peace, harmony and love and realizing that all of us are members of the same family, the human family, we are still considering members of other religions, sects, tribes, countries and communities as our enemies and then demonizing them to such an extent that we are willing to take their lives with no stab of conscience whether as army officers in the West or as ‘suicide bombers’ in the East. We still do not realize that we are all children of Mother Earth, our enemies are our distant cousins and all human beings are equally sacred. How sad?