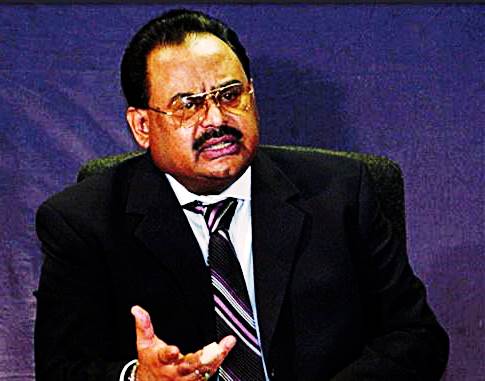 At the onset I would like to acknowledge that I have very mixed feelings about MQM. At one hand, I like its relatively secular approach and its demonstrated commitment to denounce hardliners when everyone else was actually going for an appeasement policy which in reality would have merely strengthened them in the Northern part of Pakistan. I also endorse the view of some prominet journalists like Nadeem Farooq Paracha, albeit with reservations, that MQM is a necessary counterforce to thwart remergence of Jamat-i-Islami in Karachi. I like and admire the fact that MQM is the only successful party whose leadership has risen from the grass root level to the top. Its ability to mobilize masses is brilliant and above all MQM has the ability to engage masses and encourage a culture of populism which often acts as strong canceling agent to political aspirations of the conservative religious forces.

However, no matter how hard I try I cannot turn a blind eye to the other and frankly at times ugly side of the MQM. Although there is a tendency in the media to brand MQM as a liberal party, frankly it is not. Yes it has secular credentials but then it’s also a party with very firm roots in ethnicity. Moreover it is largely based around the cult of personality model and is not afraid to use violence to meet its desired ends. And that violence is not ‘mob’ violence but one enacted with cold blooded and ruthless calculations.

Liberalism at a philosophical level does embrace ethnic diversification but rejects promotion of ethno based nationalism. Liberalism denounces such promotion because it eventually is aiming to create an artifact where so called ‘natural’ tendencies such as ethnicity can be incorporated in the society without creating polarization. Liberalism tries to cultivate an open society and an attitude where differences are debated in a civilized attitude and the dissidents of the mainstream views are not killed or threatened. Moreover, liberalism from a philosophical point of view holds that a political organization which overstresses ethnicity is a dangerous element because it conflicts with the egalitarian principle. It also recognizes the danger that such a political party eventually may become amalgamated with the ethnic identity in such a way that any criticism of its actions would be successfully branded as ethnic discrimination. In case this occurs, the party becomes insulated from the political discipline.

Apart from ethnicity another factor which is contradictory to liberal spirit is the cult of personality model which MQM has. In this model, electorate starts equating a party with a charismatic individual who is generally also responsible for founding or popularizing the party. In some parties, after the initial phase, the individual though remaining powerful fades into background and allows the party to become more dominant. However, in some cases individual becomes more and more powerful and cult of personality forms. This cult of personality often sets the basis for subsequent formulation of dynasty politics as well. Cult of personality if successfully formed gives the individual unusual power over both the electorate and party members. This has unfortunately happened with MQM.

Since the party draws its strength from the above two factors, so therefore it has to reinforce them every time it is in a tight spot or when it wants to extract some political mileage. This is what is happening right now in two areas: one in MQM’s effort to preserve the Nazim system; and second in its recent rows with ANP and PML (N).

On principle I am in favour of decentralization because at the theoretical level it allows local issues to be identified and solved at the local level and without too much bureaucratic delays. However, the possible effect of decentralization in ethnically charged cities where one community is superior in numbers can result in hegemony of that community. In Karachi over the years, this has been the pattern. Even when MQM was out of power, the other ethnic groups were facing problems. As soon as the system of Nazims came into being and Nehmat Ullah was replaced by MQM, enormous amount of funds came at the disposal of MQM. To be fair, Mustafa Kamal has done a commendable job on the development side but ethnic divide has also strengthened during the period. However, there are complaints that contracts have been awarded on ethnic basis. With power of state behind the City Nazim, the stronghold which is ultimately rooted in the ethnicity has merely increased and at times manifested in violence and even target killings. Of course MQM cannot and should not be totally blamed as violence is a characteristic of Karachi’s political culture but such political arrangements may not be the most appropriate for a city like Karachi.

Understandably MQM does not think so and wants to control the city finances and is trying its level best to stop the decision of rolling back the Nazim system. The stance of decentralization on MQM’s part is more to do with concentration and solidification of power which it drives from whipped up ethnicity rather than efficiency and competency.

The ethnicity or rather charge of racial discrimination is also used by MQM as a defence shield against any sort of allegations. Imran Khan’s criticism of Altaf Hussain is given the spin of racial discrimination against ‘Hindusturas’ and in fact even incidences prior to his entry in politics are assumed to have his moral endorsement. I am not a fan of a reactionary person like Imran Khan but allegations of racism against him are baseless and uncalled for.

Political row with any party is given a racial discrimination spin and then is used for both attack and defence tactics. The recent rows with ANP and PML (N) are the glaring examples where selective facts were used to whip up the discrimination mania to extract political advantage and for turning away the spotlight away from the actual issue. For example, seventeen years later suddenly the old wounds of 1992 operation have resurfaced and an apology is being demanded from MQM which had no qualms being in the PML(N) led Government in 1997. One wonders as to why fate of 15,000 workers was not asked when shaking hands with Nawaz Sharif in 1997. Moreover another and in fact more severe operation launched by PPP in 1995 is conveniently and in fact completely ignored because right now PPP is accommodating MQM. Likewise in ANP’s case incidences which had occurred way back in 1980’s are quoted to fend off allegation regarding 12th May and recent spree of target killings as well as communal violence. Another method of fending off criticism is by stressing that MQM aik haqqeqat hai (MQM is a reality)

Of course the party supplements this whipping of the discrimination paranoia with a severe cult of personality model to ensure internal unity and uniformity of outward stance. This cult of personality has become so strong that slogans like Humhe Manzil Nayee Rehnuma Chahei are not merely empty rhetoric but the actual political philosophy of the workers.

In some ways, MQM symbolizes lost promise. It’s a misfortune that a party whose leadership has actually risen from the masses has gone astray and developed a militant culture with some shades of criminal mafia. It initially showed a lot of promise and in fact is still capable of delivering it. But for that it has to show progressiveness and allow dissent of opinion. Contrary to what some critics say that MQM was a product of agencies, in my opinion MQM was the natural outcome of marginalization of the Mohajir community and also represented aspirations of the lower middle class in urban Sindh. Its leadership, having originated from the ranks of the lower middle to middle class, was the one capable of addressing the actual issues which a common man faces. Even afterwards, the party showed positive signs when tried to come out of its ethnic base and broaden its appeal. However 12th May and subsequent events have changed it and relegated the party back to its roots. And linkage with those roots has to be severed for the party to realize its true potential.