The Vicious Circle of Violence, by M.A.Baig 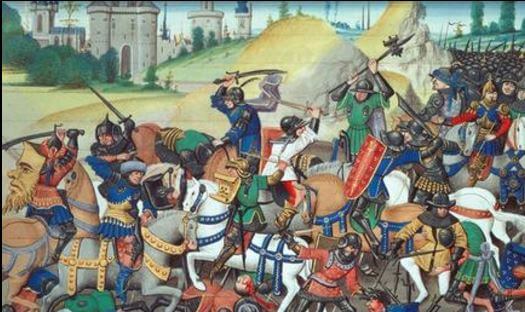 The TV screens in every Indian home have shown us the savage joy on the faces of the goons who recently attacked poor non Maharashtrians in Mumbai that was little different from the faces of the fanatics who had attacked Sikhs, Muslims and other racial or religious minorities in earlier riots. And, with the benefit of modern explosives and weapons the impact is devastating. The excitement of shooting tigers or big game is nothing when compared to the blood lust generated by mobs who feel morally justified to kill, wound, rape or loot other people with knives, guns or explosives.

Over the centuries the justification of religion has unfortunately been responsible for more violence than almost any other cause. For many centuries before this, the Jews had suffered brutal pogroms by Christian bigots who blamed the Jews for the betrayal of Jesus and the millions of Jews who perished in the holocaust were mainly condemned for religious reasons. Paradoxically it was only in Muslim countries including Muslim ruled Spain, where they were respected as people of the book that they had been safe and allowed to prosper.

The Crusades, that began a thousand years after the crucifixion, gave a huge impetuous to Christian fanaticism and triggered a terrible circle of violence over the centuries. For some 400 years Jews, Muslims and Christians of Byzantium and Spain had lived in reasonable harmony under Muslim protection until the Franks, who were just emerging from the Dark Ages, began the first of the many Holy Wars that was to lead to so much destruction.

The Christian conquest of Jerusalem in July 1099 was marked by the slaughter of over 40,000 Jews and Moslems in two days and the crusaders rode their horses through the Temple of Solomon with blood up to their knees. The second Crusade was mainly instigated by the fiery St. Bernard who tirelessly inflamed all Catholics.

By contrast to this fiery spirit, the capture of Jerusalem by Salahuddin in October 1187 was achieved without shedding a drop of blood and Christians were allowed to stay or to leave with their property. Muslim rulers would routinely release Christian prisoners in exchange for a ransom. In August 1191, Richard, of lion hearted fame, however casually slaughtered 2,700 Muslim prisoners who he had been unable to feed. Saracen rulers always honored their treaties but the Christian knights broke theirs as soon as opportunity allowed on the grounds that there was no sanctity to any pledge made to a heathen.

Muslim kingdoms were however no strangers to bloodshed but they seldom targeted rival religions. Timur Lang in 1381 slaughtered 90,000 mainly Muslim inhabitants of Baghdad so religion was clearly not his object. He, and Nadir Shah later on, killed thousands in Delhi as reprisals for the killing of some of their troops and neither Hindus nor Muslims were spared. The dominant Sunnis killed as many Shia heretics as people of other faiths. According to his flatterers Mahmud of Ghazni not only slaughtered 50,000 Hindus at Somnath but an exactly equal number of Shias in Iran. Aurangzebâ€™s last forty years were not spent fighting Hindus but the apostate Shias of Golconda and Bijapur.

Muslims had ruled Jerusalem peacefully for 800 years until the Turks were ousted in 1917 and Palestine became part of the British Mandate. It was then partly gifted to the new state of Israel in the UN partition of 1947 and fully occupied by Israel after the 6 day war of 1967. This arbitrary creation of Israel by the British and their allies enraged Muslims everywhere and fractured a long history of relative amity between Jews and Muslims. Frustrated Arabs and other Muslims feeling that the western world was implacably against them began to increasingly resort to terrorism. Then Muslim terrorists got a great impetuous with the creation of the Taliban by the US and its allies to evict the Soviets. Then the inequitable invasions of Afghanistan and Iraq further angered all Muslims and incited even more terrorism and a new Jihad preached by bigoted Mullahs became a political force. Though the word Jihad is hardly mentioned in the Quran it is mentioned 199 times in the Hadith written 200 years later and still later became used in the sense of a holy war to justify terrorism.

Many in India will not forgive the atrocities attributed to Mahmud Ghazni, Khilji or Aurangzeb or others popularly portrayed with a Quran in one hand and a sword in the other. Few know that all of them employed respected Hindu generals and that Aurangzeb endowed 36 Hindu temples even though he would not allow new ones to be built. The violent slaughter of millions of Hindus and Muslims in 1947 was to however raise communal hatred to new heights.

It is significant that this love of violence justified by religion has usually coincided with poverty and lack of education. It was the illiterate poor of Europe who allowed their bigoted priests to persuade them to needlessly die in the Crusades. It was only when Muslim countries sank into poverty and ignorance with the rise of European nations that their bigoted Mullahs could rouse the masses to violence. Today it is among the uneducated poor of India that the bigoted find such eager volunteers to torch and murder those of other persuasions. Tragically evil things are never done with such righteous pride and such joyous glee as when they are done in the name of religion.