A Little After 3am: Short Story [Afsana] 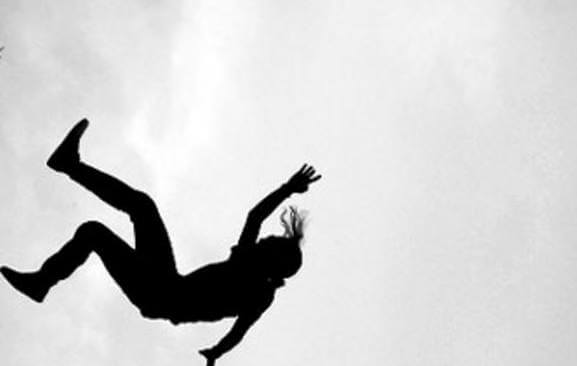 That night I did not step out of my room to have dinner or to apologize to them. Instead I lay face down, pretending to have fallen asleep. Soon I heard random words like boy, Muslim, Sindhi, dowry, next week, dinner, and blood pressure.

Just before going to bed, he stood at my room entrance without turning the light on, since there was enough coming from the kitchen and the sitting room to see if I was awake. When he saw that I did not stir even though he was in my room, he was convinced that I was asleep. Covering me with a quilt, he quietly stepped out. As soon I saw the kitchen light go off, I threw off the cover even though it was a little cool. I did not want to accidentally fall asleep. Instead, I lay awake trying to think of various ways of escaping from my situation.

I knew that a sensible option would be to pretend that I was going along with the marriage arrangements, and then just as the groom and I would go around the sacred fire, I could untie the knot and run away. Making it clear, once and for all, that this had been a forced arranged marriage. One to which I had agreed because I simply had no other choice. This is what I had seen in a couple of Hindi movies. But then remembered the shame the running away of this sort had brought upon the family of the bride. Not to mention all the expenses incurred. I did not want them to suffer a financial loss, which there definitely would be once the groom and his family found out that I hadn’t been a virgin on my wedding night.

Setting fire was ruled out immediately, since I did not want to get disfigured or have my parents or the house to get burnt in the process.

Briefly I considered slitting my wrists and allowing my life to flow out of me, except I was just as scared of cutting myself.

The bottom line was that I wanted to escape, but without getting physically hurt or accidentally getting hurting them in the process. All I really wanted was not to be married off, at least not within the next how many ever hours, or weeks.

I believed that the only real option I had was to somehow climb down from my fifty feet high room balcony. So I decided to stick with my balcony plan.

If I could get myself down I could walk fast or even run down the dark, quiet, streets to get to his apartment, which was now about a couple of miles away, even if I suffered a fractured leg or legs. I realized that I would be in pain if that happened, but was willing to bear it. Since I believed that I was now more tolerant to pain. Just so long as I could escape.

I was aware that there would be no one, other than the homeless, around to help if someone wanted to take advantage of me. But I reasoned that if I walked closer to the edges of the street, where it was bound to be darker, perhaps no one would notice a young girl out alone in the middle of the night.

So I planned to escape around three in the morning. By that time there would be less traffic, and people, to notice me. Even the homeless would be asleep.

Having decided on the route of escape, I concentrated on the how.

I thought of tying several bed sheets to the balcony rail, but soon realized that the only bed sheet in the room was the one on the bed. And the quilt was not suited to be tied to anything. All the other bed sheets were in their room. And I did not want to wake them up because then I thought I would loose my nerve.

The apartment was quiet by the time I’d finished planning my escape, except for the occasional refrigerator sounds and the barking of the street dogs.

All I had to really do was to somehow manage to stay up until three.

I must have fallen asleep thinking how upset he got while watching Sunday night movies on TV and spitting and cursing at the screen, simply because of a love scene or the shame the heroine had brought on her family. During such times, it was Amma who gently calmed him down by saying, “enough-enough.” I too reminded him that it was only a movie. But during the past few months I had said nothing, because of my relationship with Mustafa, because I had not wanted him to ask me anything about what he had seen. So the minute such pretending-to-kiss scenes appeared, I’d either go to get some water or to the bathroom.

Hearing the sound of a door being bang shut, I had jumped out of my bed wondering what was going on. Why was I still in my jeans and why did my head hurt, like it had been hammered? But as soon as I tiptoed to the room door and heard their soft snoring, all of it came back to me. And I realized that I wasn’t dreaming.

I decided to act quickly, because I knew from the times that I had stayed up to study that in an hour or so a couple of the neighbors would be waking up, and then it would be too late to leave from the balcony. Besides Dada usually woke up by five or so; and who knew he might wake up even earlier today.

The debate with myself of having a last glimpse of them still continued. But I also knew that the possibility of my breaking into tears existed; and that would certainly wake them up. What then?

So taking one step at a time, I slowly opened the balcony door, praying that they had not heard the creak of the door. For a moment I inhaled the cool and fresh Poona morning air, but did not stretch as I usually did. Noticing the full moon, I did not spend time gazing at it, as I would have done otherwise. Instead, I looked towards the metal pipes, suddenly realizing that they were too far for me to lean out and grab on to them for sliding down purposes. Not letting this deter me, I thought of alternative means of achieving my purpose.

In Hindi movies I’d seen heroes jump off balconies and instantly getting up and running after whomever they were chasing. I wanted to do that. Jump. But jumping sounded scary. Visions of a smashed face and skull came to mind.
Perhaps I could simply allow myself to fall down from the balcony.

Within a second I was facing the building across. Trying not to look down, I lowered myself down holding on to the vertical balcony rails, but not yet letting go.
The debate continued, to let go or not to let go. I wanted to scream for help, but did not. Because I knew that they would not be able to lift me up anyway. Nor did I want to wake up my neighbors. My arms were starting to ache as I tried to pull myself up. If only I had a foot holder I could somehow pull myself up. There was still time to ask for help. But then I let go off the balcony vertical rail, one hand at a time.