Muslims in India: Don’t I Have the Right to Know? – By V. Malik 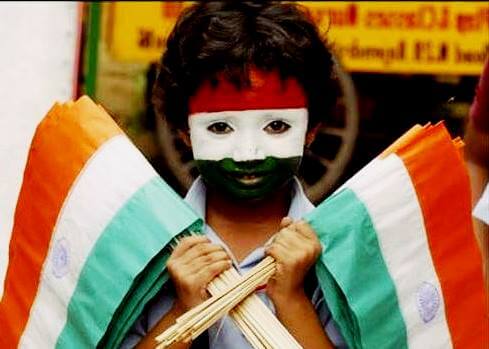 Please provide me with the following information.

I wish to specify that you may please not provide to me that information (or particular portion thereof) which would impede the prosecution of offenders under any law of India, and also any personal information which is unconnected with any public activity/interest or which invades the privacy of any person. THIS INFORMATION IS SOUGHT IN THE PUBLIC INTEREST, AND THERE IS OVER-RIDING PARAMOUNT LARGER PUBLIC INTEREST TO BE GIVEN THE INFORMATION I HAVE ASKED FOR.

Information 01) As pertains to Lok Sabha Starred Question No. 160 dated 01/03/06, and response by MEA, appended below, kindly inform me about the precise definition of the term used by MEA:- “Muslim citizens of India”, and its usage in this context, specifically when historically non-Muslims from India have in the documented past performed Haj Pilgrimage.

Please also, in addition, inform me whether there are any exclusions and/or inclusions for specific Muslim sects like Ahmediyas, children of mixed marriages where one parent may be Muslim, or people who may or may not have been previously Muslims, and if so, under which laws of India.

Will the PRIME MINISTER be pleased to state:

(a) the present rules governing permission to Indian citizens to undertake the Haj pilgrimage;
(b) whether the applications received to undertake Haj pilgrimage this year had exceeded the quota fixed by the Government;
(c) if so, the details thereof alongwith the State-wise quota fixed for the recently concluded pilgrimage;
(d) whether the Government has any plans to raise the quota during the coming years;
(e) if so, the details thereof; and
(f) the steps taken/proposed to be taken by the Government to tackle the situation in the event of receipt of huge number of applications?

ANSWER THE MINISTER OF STATE IN THE MINISTRY OF EXTERNAL AFFAIRS (SHRI E. AHAMED)

(a) Muslim citizens of India can perform Haj either through the Haj Committee of India or through registered private tour operators. The Haj Committee of Indiaâ€™s eligibility criteria for Haj pilgrims excludes the following:
i) Those who have performed Haj during last five years from any place in India.
ii) Those suffering from polio, tuberculosis, congestive cardiac ailment, acute coronary insufficiency, coronary thrombosis, AIDS or any other communicable disease or disability or handicap.
iii) Women not accompanied by Sharaii-Mehram.
iv) Children below 16 years except those infants who will complete 2 years of age by the last inward flight.
v) Persons who are crippled, handicapped, lunatic or otherwise physically incapacitated or suffering from amputation of legs.

(b)&(c) Yes, Sir. A statement giving details of number of applications received by the Haj Committee of India and State-wise quota for Haj 2006 is laid on the Table of the House.

(d) to (f) The quota for each country for Haj is fixed by the Government of Saudi Arabia on the basis of certain criteria and India has been allocated a quota of 1,47,000 pilgrims. During Haj 2006, Haj Committee of India was allotted 1,00,000 and private tour operators 47,000. As the total number of pilgrims for each country is set by Saudi authorities, it is not possible for the Government to increase the quota. Whenever there are applications far in excess of the prescribed quota fixed for the State Haj Committees, the selection process is done by draw of lots.

Information 02) Please inform me about the procedure of how and to whom, and if there does not exist a procedure then why not and under which law of India, a non-Muslim citizen of India can apply for performing the Haj under the quota alloted to the Government of India and/or to Haj Committe of India.

Information 03) Please inform me about the names and religions of the Ambassadors to Saudi Arabia from India, for the period 01 January 1956 through 20th April 2006, with durations of tenure, and whether there is any protocol, rule, convention or similar wherein the Ambassador to Saudi Arabia from India has to be from a particular religion or gender, and if so, under which Rule, Law, or Act of India.

Veeresh Malik
– – –
Note 1:-Application fee of Rs. 10/- in cash shall be submitted within 30 days as per procedure laid down by DoP&T at any one of the nominated APIOs located at the specified 604 Post Offices in India, and a copy of this application along with receipt shall be sent to you co-terminus. Interim, you are requested to commence processing this RTI Application as per the RTI Act-2005 with effect from date of submission of this electronic copy, also as per the RTI Act-2005.

Note 2:- The public authority, Ministry of External Affairs, has not yet published their arrangements to accept / accompany electronic payments for e-filings as per section 6 of the Information Technology Act 2000, is requested to do same, – and hence I am constrained to go to extra expense / trouble to file a routine email request by Postal Department also.