“Chip on the Shoulder” Economics – By A. Samad 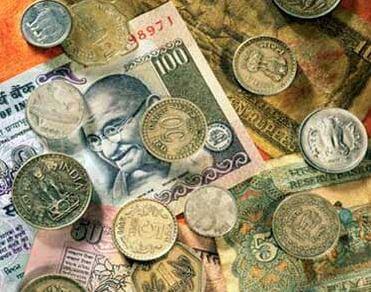 “Chip on the shoulder” economics – By A. Samad

“Prejudice” is the hallmark of much of our thinking. Upon first impression, we like to slot people into ‘biradris’, sects, socio-economic classes, ethnic classes and according to their orientation towards the West. Thereafter, whatever that person might say will be regarded as stemming from the thinking that we feel represents his or her particular background. In fact, we presume that the background tells us everything that the individual could think. There’s no need to listen to that person once we know where that person is coming from. Each of us is then reduced to speaking with this huge “chip on the shoulder.”

This strong prejudice-based thinking permeates much of the debate and thinking in the country. It destroys academic discourse, misinforms society and is possibly one of leading determinants of distortionary policy. Thus for example, frequently we observe a class war being conducted in an academic seminar with each participant accusing the other of representing his or her class interests. Little attention is paid to the issue at hand while impassioned accusations are being made.

Prejudice-based thinking also allows people to protect their turf or to win an argument that otherwise cannot be won. For example, a while ago, agricultural economists maintained that in order to practice their art well, you had to come from a rural background. Those from urban backgrounds were therefore prohibited from doing serious work in agricultural economics. When they did do so, they were the subjects of considerable derision.

Similarly, to make an argument for market-based solutions which minimized the role of government, was to risk the accusation that you belonged to the upper class and had no concern for the poor. And yes, let us also not forget the battle that those of differing middle class backgrounds are waging against each other. Those from slightly humbler origins, probably having spent their first few years in Urdu medium schools, will never forgive those who had a slight advantage in their youth even though the tables may have been turned completely in the present.

A prominent Pakistani economist working for the Asian multilateral read an earlier version of this article and had this to add “I agree with your “chip on shoulder” theory which could be broadened from your “class based” differences to “locational – expatriate vs. local – institutional affiliation. For example, if you work for a multilateral development institution – MDI – you are only their mouth-piece, and since all MDI’s are run by the US, you are just their agent.”

An interesting example of how this prejudice-based thinking adversely affects policy and decision-making is the recent episode of the freezing of the foreign currency deposits. To cover up financial mismanagement which led to the freezing of the FCD’s, many prejudice-based arguments were freely used by the very people who should have been held responsible for the problem. Accusations were hurled at the holders of the deposits ranging from them being criminals to speculators and profiteers. Suddenly the managers of monetary policy became socialists or at least the champions of social justice. Through this act of defaulting on an obligation, the guardians of monetary integrity were protecting the interests of the poor, enforcing that compliance and otherwise promoting egalitarian policies. After all, “chip on the shoulder” economics does tell you that the preponderance of these FCD-holders are tax-evaders, money-launderers, cheats and criminals of various hues. Surely their money is not a fiduciary responsibility and can be taken away. Moreover, these people have also made a handsome profit given that they accumulated these FCDs at an average rate of Rs. 35 to the dollar and the government was offering them Rs 46 to the dollar. Surely profit beyond this was unreasonable, even if the market rate was higher than what the government was offering. The “freezers” were reinforced in their “chip on the shoulder” thinking when they noticed that only about one percent of the population held these deposits. Surely, that had to be the insignificant wealthy class that does not pay its taxes and this is one way of collecting from them. It did not matter to these people that the figures showed that the FCD-holders represented about 3-4 percent of all families and were in all likelihood from the middle class.

The “freezers” were further reinforced in their thinking when they noticed that the middle class, when hurt, can articulate its feelings and will do so through the press. In a poor illiterate country, the holding of the FCD’s and the ability to write (in many cases in English) clearly defined what category these people belonged to. Surely, these be the tax evaders, the wealthy who need such taxation!

When approached from this “chip on the shoulder” viewpoint, everything is crystal clear. Freezing at a rate that taxes the depositors and does not give them too high a profit is really clearly the answer. It is so easy for the right-thinking managers of our financial system. There’s no need for them to stress over alternative solutions when they have the right answer.

So preoccupied with freezing were these people that they did not even consider other options such as bonds, increasing interest rates, or foreign alternative exchange arrangement. With the passage of time, more alternatives did become available for those who could think beyond their prejudices. Once such plausible exit option from the FCD freeze presented itself when the difference between the open market exchange rate and the official exchange rate narrowed considerably recently. This presented the SBP with the opportunity of unifying the exchange rate while allowing the FCD-holders to exit at the unified rate but in Pak-rupees. In order to do so, monetary policy would have to accommodate an increase in liquidity amounting to that which would be required to pay out the FCDs beyond the current conversion rate of Rs 46. Back-of-the-envelope calculations suggest that this would lead to an increase in money supply of about two percent. Base money would in all probability increase by about 10 percent. It seems to me that a combination of fiscal action, interest rate increases and development of newer more attractive instruments will allow some of the money to be kept out of the transactions to mitigate the inflationary impact. It is lucky that inflation rate is running at about six percent per annum, which means that some of this monetary injection can be absorbed.

Before the “chip on the shoulder” economists start attacking me, let me say that I am making no hard recommendations. Nor have I worked out all the numbers. In fact, I am presenting only ideas and very crude calculations only to illustrate that there are options that our policy makers and their advisors should be examining rather than only reacting with the usual blinkers. I am only asking for a hard and objective analysis with a view to preserving government credibility. The gains to credibility of the government from a fair and speedy exit from the freeze far outweigh the relatively small increase in inflation.

The government could then truly claim that the freeze was temporary, as originally claimed. It could then shout from the rooftops that it had taken the first opportunity that it could for a just exit from the FCD freeze.

Such an exit would allow people to adjust their portfolios to the currently available rates of return in the economy, instead of the current situation of speculating on the policy that the government would use to exit the freeze. The current uncertainty and the atmosphere of antagonism between the regulator and the investor would then end to allow energy to be directed towards high-return activities. The markets and the economy would be helped.

But obviously, this cannot happen, for then faith in hard core “chip on the shoulder” economics would have to be given up.

Dr. Abdus Samad is the author of “Governance, Economic Policy and Reform in Pakistan”, which has been published in English by Vanguard Books. Produced with compliments.