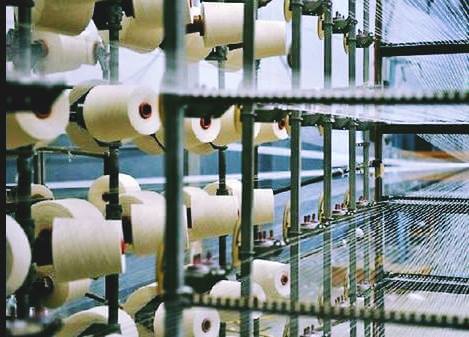 The Burewala Textile Mills Limited is a public limited company with its stocks listed at Karachi & Lahore stock exchanges. The number of shares outstanding is 7,307,405 and all are common stock. The market capitalization is Rs. 328, 833,225.

Burewala Textile is a unit of Apparel & Textile Industry and comes under the sub industry of Apparel Fabrics. Its product comprises of cotton yarn, yarn finishing, weaving poplins, voiles, cambric, lawn, shirting, gabardines, twills, latha and cotton. Other activity include operation of cotton ginning. The company operates solely in Pakistan.

Production Profile of the Company

The capacity profile of Burewala Textile for the past two years is given in the table below, showing both the installed & utilized capacity.

The spindles and Looms installed were 42,912 and 312 respectively out of which 31,100 spindles and 171 Looms worked during 1998. The under-utilization was assigned to the market limitations.

The Burewala Textile is located in Dawoodabad. There is a registered office in Lahore.

The asset consists of land-freehold, buildings on freehold and leasehold land, machinery including Spindles, Looms.

As mentioned by the management the company is facing difficulty due to the high energy costs to the company. The result is decreased returns, the profit was lower than all of its major competitors last year.

The major competitors of Burewala Textile in Apparel fabrics is a bit broad than only in Pakistan. It is facing competition in the local market from foreign manufactures like China who export their products to Pakistan.

Burewala Textile Mills Limited’s 1998 gross profit margin of 10.1% was lower than all three comparable companies (which had gross profits in 1998 between 25.2% and 42.1% of sales). Although sales at Burewala Textile Mills Limited fell 19.2% in 1998, the company actually increased its selling, general and administrative expenses 1.11 million Pakistan Rupees (approximately 3.9%).

Placement of Burewala Textile in the Industry

Burewala does not have a very position in its competing units. The EPS is not very high and the returns have been at the lower end of the sub-industry’s average. The decreased efficiency of the company is assigned to the increase in energy, labor cost, and imposition of sales tax.

The market for the company is mostly within Pakistan, so the location is very much suitable with lesser expenses and low exposure.

Most of the composite units are in Faisalabad, which is the heart of textile in Pakistan. The location of the company leaves it a bit non-competitive in the sense that it is situated out of the heart of activities, and thus miss out many opportunities and benefits.

Although, operating only in Pakistan at the moment, Burewala sees a world of prospective markets internationally. Its objective to pursue the world-wide market in the longer run is very much obvious from its capability to earn the ISO 9002. It is constantly striving to improve its quality to make its products acceptable world-wide, once it enter the international market.

This company is currently trading at 0.91 times sales. Burewala Textile Mills Limited is trading at 0.98 times book value. Since the price to book ratio is less than 1, this means that theoretically, the net value of the assets is greater than the value of a company as a going concern.

The company has declared a dividend of 70 % again, as it had paid, on the year ending 30/9/99, dividends totaling 7 Rupees per share. Since the stock is currently trading at 45 Rupees, this implies a dividend yield of 15.6%. This company’s dividend yield is higher than the three comparable companies (which are currently paying dividends between 0.0% and 4.6% of the stock price).

During the same 12 month period ended 30/9/99, the Company reported earnings of 4.53 Rupees per share. Thus, the company is paying out dividends that are higher than the earnings.

The prevalent scenario at the Burewala is not much encouraging with the costs increasing and at the same time a decrease in sales. The need for the company is to make itself more competitive by trying to cut back on its costs and at the same time explore newer markets for its products. A bigger market for Burewala is outside Pakistan, as it operating only in Pakistan at the moment. The company intends to explore newer fronts in the future as is obvious through its efforts to achieve and sustain  globally accepted quality standards. The issuance of ISO 9002 is a milestone in this concern.