RAVA Documentary Films has released trailer of the upcoming documentary film “JHAUR | War of 1971”, slated to hit its official YouTube channel in February 2022.

Through exclusive interviews of eyewitnesses, authors, politicians, war veterans, and rare archival footage, the documentary series traces in-depth and first-person narratives outlining the reasons as well as events leading up to the Indian-sponsored and supported rebellion in East Pakistan, with the eventual creation of an independent state of Bangladesh.

This documentary is produced to serve as a fact-based holistic narration and analysis of circumstances to provide a true picture and review of the events of 1971 war. “We did not have enough resources or manpower to attack India in East Pakistan. The only choice we had was to defend until the last man and last bullet. That’s exactly what we did in the battle of Hilli,” Captain Sherjan Tajik, Sitare Jurat Retired, states during his interview in the documentary.

The macabre recounts of the harrowing events that led to the killings of both civilians and military officials are heart-wrenching, as grippingly captured and produced in the documentary. One narrator describes that even a uniformed soldier was killed under circumstances shrouded in mystery; he would neither return nor was his body found anywhere. ‘Their bodies were stacked against the wall.’ The army, according to another narrator, fought valiantly despite limited resources; “the soldiers had a gun but no bullets to fire,” he says. 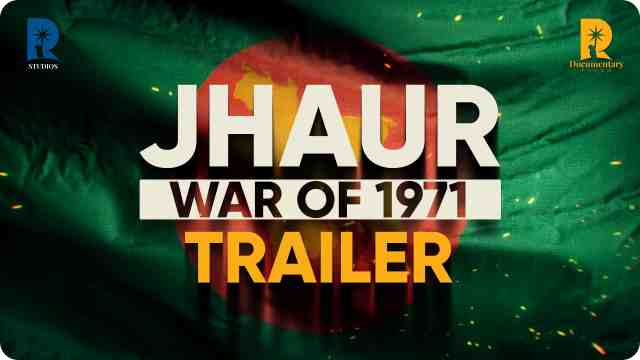 There is no disputing that one of the country’s biggest tragedies is deliberately kept alive and rekindled every year to perpetuate hostility for Pakistan and maintain rocky relations with Bangladesh. The documentary is an intellectually-conceived attempt to embrace certain facts and recognize the reality of world politics in order to understand what led to the dismemberment of the country then and now to improve relations and strengthen ties with Bangladesh.

The upcoming documentary seeks to unravel the international political machinations played on the soil of Pakistan, while portraying an impartial analysis of an unfortunate string of events leading to the separation of East Pakistan. From the shenanigans of the big political players, to the internecine betrayal of the Mukti Bahini , the agenda of the Agartala Conspiracy aimed to destabilize Pakistan to the hijacking of Ganga Airplane at Lahore Airport that eventually led to Indian intervention, the documentary underlines all the various linkages of the grand plan and the conspirators who played a nefarious role in that tragedy.

JHAUR is a multi-part documentary series based on the 1971 India-Pakistan war produced by RAVA Documentary Films under the parent banner of RAVA Studios.