Rising prejudices of Races in India: Article by Ameer Hamza

Rising prejudices of Races in India: Article by Ameer Hamza

Gender and minority in India: perspectives from the Karnataka Hijab incident

A country known for its secularism, famous for the grandiosity of its democracy, distinctive for its constitution and enriched with magnificent and diverse culture has now become nothing but constituency ruled by right-wing demagogues immersed in complete misogyny and bigotry for Minority. Article 15 of the Indian constitution clearly states that “State cannot discriminate between any citizenry only based on religion, race, caste, sex, place of birth, or any of them.” But unfortunately, the story is the opposite and the state are condoning it against the constitution.

From the very start of the RSS backed regime, it showed bigotry against minorities whether it was Christian, Buddhists and especially Muslims etc. this can be confirmed from the bills of CAA, Abrogation of Article 370 and farm bills. The last thing that was needed was nothing other than hijab laws. Indian government showed complete apathy toward the plight of Muslims and especially of women. Now, the fright is everywhere and with 56 inches of chest PM Modi is trying to escape it. But will he be able to escape it?

Karnataka incident was the ultimate consequence of the deep-rooted bigotry. As we have seen, since independence this RSS tried everything to get the monopoly in India. Their every radical act was condoned by the Indian state as the state found itself helpless in this case. Then we have seen the incident of Babri Masjid 1992. The state couldn’t do anything but succumb in front of the rising mob.

Now, this RSS backed government is trying to brutalize and radicalise the ‘Brahman Hindu population of India. The agenda of making India as ‘Hindu Rastriya’ is both disintegrating its very unity and destroying its pluralism. PM Modi and another BJP member and notorious priest ‘Yugi Audithanath’ is using religion and history for propaganda. As we have seen the incident of the “Gujrat Massacre” as well as the changing of names of cities. One has to question to whom they are pointing out?

Hijab holds both cultural and religious significance for Muslims all over the world. Muslim women wear hijab as showing deep love toward the sunnah (the practice) of wives of Prophet Muhammad (PBUH). One can see conspicuously the amalgam of patriarchy and religious bigotry in the BJP Government. It is up to a woman what she wanted to wear neither state nor society can force her to wear clothing according to their will. 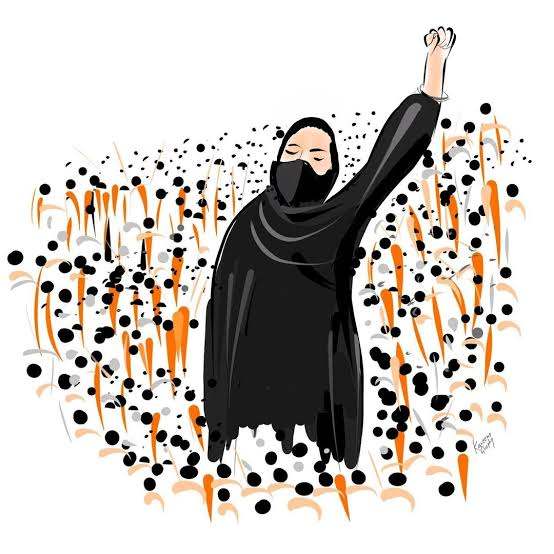 Another paradox that is getting more and more conspicuous is Indian PM can wear saffron robes in the official meeting but Muslim girls are not allowed to wear hijab in schools? Moreover, India was not just a single nation representing a single race or religion. It was a complicated structure of different religious, social, cultural, racial and ethnic values. The pillars of Different religions, ideas, beliefs, customs, codes, institutions, tools, techniques, works of art, ceremonies, food, clothes, principle, and ways of life are what makes India, an Indian Republic. and now it seems the Indian constitution, Indian culture and diversity is sardonically gazing at India.

We had seen CAA, the bill that simply pointed out the Muslim Minority in India. Last days, Home Minister Amit Shah was saying that we have fought with Mughals (while using Mughals as a euphemism for Muslims). They termed Christian the agent of Britain and Dalits as below human-level dignity. From the very beginning, we have seen huge hatred in RSS. They have killed their ‘father of the nation’ just because he has spoken in favour of Hindu-Muslim Rapport.

Now, it is conspicuously clear that India has become a fascist state nonetheless. It follows an extreme ideology with deep distorted historical connections and fallacious use of religion. It is promoting one over another. But will it be able to survive this anymore?

As Newtonian mechanics says, “to every action there’s always an opposite reaction”, every fascist regime has seen the reaction whether it was in the case of Mussolini or the xenophobic state of Hitler, History does avenge its dues. History is indifferent to every ideology it tore into pieces every bit of tyranny.

We have seen the outcry in India against this hijab law and rising prejudices against minorities. The author like Shashi Tharoor and Arundhati Roy was staunch in the arguments against this fascist regime. A regime that gives importance to the corporate class, industrialists and Brahman Hindus. A state that is crutching on last breathes, that has destroyed its roots. Who can save her than herself?

“No nation can grow by suppressing the women and by suppressing its minority.” This sentence looks very simply but no one realizes this sentence. As a matter of fact, very few nations of the world have realized these very simple sentences. And it is conspicuous that those who failed to recognize this sentence are suffering from political, economic and social disorders. Indian regime has to realize this sentence, otherwise, the consequence is not far from clear.

This chaos has to be counter, these problem needs to be amended, these thoughts need clarification. It’s a matter of 1.34 Billion people. It’s the matter of a complete universe. As there existed a multitude of fascist regimes and tyrannical regimes, but every sun has to set. And every flower has to flourish. the Indian intelligential that include poets, philosophers, writers, singers, theologists, scientists, sportsmen, musicians, actors, doctors and lawyers have to play their role. They have to allow light to pass. So that, it will help the Indian public to grow and outpace this tyrannical regime. 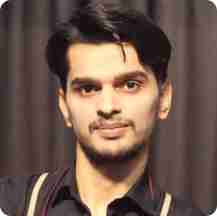 The writer is currently studying BS Philosophy from Government College University, Lahore. He has huge interest in religious discourses all around the world.