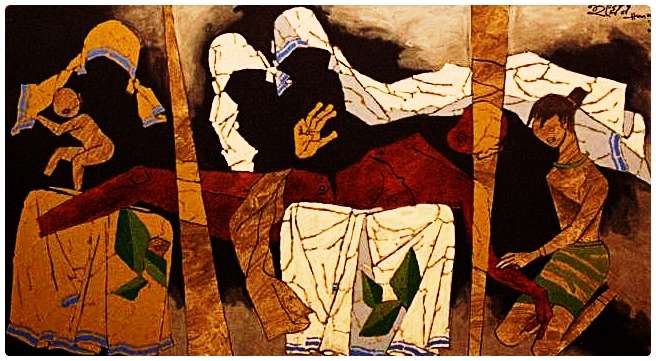 There is no simple answer to the question that people (mostly foreigners) often ask: how does it feel ‘to be a woman journalist in Pakistan’? Is one to be defined by one’s gender, or by professional merit? How much does one inform the other? How much of the experience is shaped by educational background, ‘class’, connections and access?

In Pakistan, an educated woman who is fluent in English (the language of power, like it or not) has that self-confidence which brings her at least at par with male colleagues who have a similar background, and placed above those who have been less privileged. This may be one reason that there are so many more women in the English language publications than in the local language press from junior to top bosses. At one point, all three of The News editions in Pakistan as well as its Sunday edition, had women as editors, which must be some kind of record. Over the last couple of years, the mushrooming of private television channels and FM stations, which consciously induct female anchors, ‘RJs’ (radio jockeys) and reporters and on the production side, have made women more visible in the public sphere than ever before.

This increase indicates, according to a recent study by the Karachi Union of Journalists, œa social awakening, a realisation of women`s equal role and rights in society, and a lessening hold of obscurantist trends our society has been steeped in. But, as noted above, and as the study found, women œare more comfortable working in English dailies rather than Urdu and Sindhi papers. Women reporters from the Urdu press at a media workshop organised by the media and gender organisation Uks some time back agreed, complaining that male colleagues œseemed unable to accept women as equal as colleagues and deserving of respect and dignity.

Women reporters in the Urdu papers are usually identified in print as ‘Lady Reporter’, despite protests from women’s groups and professional journalists’ bodies who have been demanding that this hopelessly out-dated term of identification be dropped (when did you ever come across a story ‘By Our Gentleman Reporter’?). Some argue that the by-line ‘Lady Reporter’ makes women more visible in this male-dominated world. How else are readers to know that the report writer was a woman? Simple: you name her. If the story doesn’t demand that the reporter be named, let it go under ‘By Our Reporter’. Why is it necessary for readers to know it was written by a woman?

The KUJ report finds that in general the problems women face œinclude being underpaid, little or no job security and no health cover. Women doing daily reporting are few and exceptional, which while disproving that women do not do daily reporting, also shows that there are structural barriers such as working late nights, resisting their integration, and they prefer working in magazine sections.

However, even those women who were ready to work as reporters are not encouraged by their editors or managers. Similarly, there are very few women news photographers in Pakistan.

How it feels to be a woman journalist in Pakistan is also of course informed by one’s political and social experience. Those who gained political consciousness during the Zia years will undoubtedly have a very different consciousness from those who entered the profession after the ‘restoration of democracy’ when the once-clearly defined ‘enemy’ was no more, but the values and ideology perpetuated through those long years had become more internalized, posing different challenges. Now of course, there are new challenges, thrown up by commercialization, undermining the old values that were often based on the urge to ‘change things’.

In terms of what Uks terms as ‘supportive’ or ‘positive’ portrayal and representation of women in the media, what’s more important than the gender of the media professional is their views on the dominant patriarchal discourse and framework. Women who have internalized patriarchal values and are not gender-sensitive may not be of great service to the women’s cause. They may in fact reflect anti-women biases, as opposed to many male colleagues who have never discriminated on the basis of gender.

Some argue that if women are to be accepted as equals in the work force, they should stop harping on gender as a defining entity. But it is this focus on gender, and the struggle to get women’s rights recognized as human rights, that has brought these issues into the public discourse. Women were marginalized before this discourse gained ground. What the women’s movement has done is to bring women’s issues squarely into the public arena, forcing political parties to acknowledge it in their manifestoes. Women who work in the media, by their very presence are also doing just that whether they own it or not claiming and expanding space for other women, increasing acceptability for women in the public sphere, militating against traditional biases that curb women’s autonomy, and opening doors for the next generation.

Reproduced with thanks & compliments