Movie Reviews: Bend it like Beckham and The Warrior 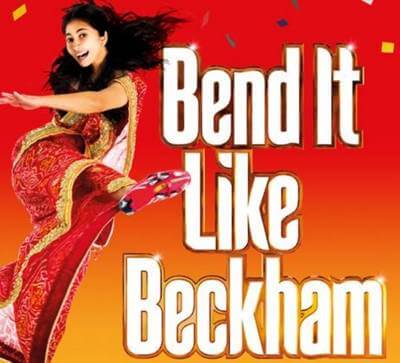 British cinema’s interest in desi culture continues. Two contrasting films made by English-Indian directors have recently been released to commercial and critical acclaim in the UK.

”Bend it like Beckham’, directed by Gurinder Chadha, who is originally from Southall, has become the most successful British film of the year. The title refers to David Beckham, England’s national sporting hero and one of the best footballers in the world, and his famous ability to curl a football through the air with deadly accuracy. The movie charts the struggles of Jess, an eighteen-year-old Punjabi girl from west London, as she tries to succeed in her ambition of becoming a professional footballer, against the traditional aspirations her family and society have for her.

Heard this one before? Yes! It’s all about following your dreams! And not giving up! And breaking barriers! Yeah!

To be fair, although her work still betrays some of the agitprop instincts of her first feature, the execrable ”Bhaji on the Beach’, director Chadha has spared us the usual worthiness and made an entertaining piece of social comedy. Anupam Kher gives a nicely understated and effective performance as Jess’s father, a Kenyan sardarji who works at Heathrow airport and once dreamed of becoming a professional cricketer himself. Parminder Nagra brings feistiness and fragility to the central character Jess, and the supporting cast is adequate if a little perfunctory.

The problem with the kind of broad comedy in ”Bend it like Beckham’ is that it needs stereotypes and wooden characters to play off to score the jokes and social points it wants to make about desi society in modern Britain. We have, of course, the hysterical and neurotic Indian mother. The common and tarty working class English woman. Jess’s sister and her friends are one-dimensional airheads and bimbos because they don’t share her sensitivity and creativity to ”escape’ from the cloying demands of their background. (You can almost see the director’s finger pointing at them, saying ”This character good. This character not so good.’) All the young Indian men are morons (a given in Chadha’s work, as sure as the sky is blue); except, of course, the gay one. This is an ineluctable law of British desi cinema, the sensitive, understanding, misunderstood gay, emblematic long-suffering victim of Indian cruelty and western acceptance. Not that there is anything wrong with this, but it has become the biggest clich’ in the book.

But then Chadha is not a subtle or original director. She has, though, been very canny in her subject matter. David Beckham mania is rampant in England. He is a cultural and sporting icon in a country where football has overtaken Christianity as the national religion, and the popularity of this film amongst a white audience is partly due to these associations. In ChadhaLand everything works itself out, there is no darkness, and the ending is as predictable and phoney as one would expect in such an exuberant and unashamed feel good movie.

But who cares about clich’s as long as they work? This film is not trying to be ”Pather Panchali’, and is entertaining and feisty. On a personal note, it was very amusing to see on screen a fairly accurate depiction of British Sikh youth culture. The swagger, patois and style of west London Punjabi’s courses through the script and performances (the wedding scene was partially filmed at my local Gurudwara).

One has to commend Chadha for the enormous commercial success of her movie. It has a large heart and is generous, funny, and worth spending two hours of your life with. There are many Punjabi in-jokes, and an excellent scene with Birmingham’s number one bhangra group B21 performing. The soundtrack is good, and ultimately the film resembles a typical Sikh wedding: noisy, colourful, and lustful, full of jokes, nasha and masti.

”The Warrior’, directed by east London born and bred Asif Kapadia, is a striking and assured debut feature. Inspired by a Japanese samurai tale, the story follows Lafcadia, played by Irfan Khan, a Rajput soldier in the army of a Rajasthani feudal overlord, sometime in mythical history. While destroying a peasant village as punishment for non-payment of tributes, he experiences, in the midst of the massacre, a spiritual epiphany and decides to lay down his sword and repent for his violent past. But of course, his feudal Lord cannot forget or let his warrior escape so easily, and Lafcadia pays a heavy price in his own blood as he journeys to the Himalayas in search of redemption.

Kapadia is an ambitious and bold filmmaker. ”The Warrior’ is redolent with the traces of past masters of cinema. The grandeur and framing of the cinematography, as we follow our hero from the deserts of Rajasthan to the mountains of Himachal Pradesh, recalls the sublime spectacle of David Lean, the placing of the intimate human within the epic Earth. But the most striking influences are those of the samurai films of Akira Kurosawa, and to a lesser extent the parched westerns of Sergio Leone. The Japanese origin of the story, the examination of martial codes of honour, the feudal milieu, the brutal violence that mirrors inner turmoil, are all motifs of these filmmakers. ”The Warrior’ transposes them to its Indian setting with startling success.

One can always judge the strength of an artist by the way they handle their influences. In this case, the danger of making a lazily derivative movie could have been strong, conversing so openly, as Kapadia does, with such past masters of world cinema. But it is to his credit that he transforms these influences, turns them to his own, places them as pointers and references within his film, yet transcends them to form his own style. ”The Warrior’ is epic in feel and emotion, yet it clocks in at around ninety minutes. The dialogue is sparse. So the story is told in images, glances, moments of reflection and premonition. It is a film of silences and space, and Irfan Khan as Lafcadia, with his beaten, sun-leathered face, suggestive of so much depth beneath the surface, carries the movie with ease.

It was in the near hallucinatory scenes in the Himalayas towards the end that I realised why this film is so good. In the noise and clutter of so much of today’s cinema, to view a work that trusts the cinematic form’s ability to tell a simple story, that meditates upon the visual, and allows the viewer the space and silence to ruminate on the action, that is unashamed to mythologise the Indian landscape so completely, is a movie to be treasured.

”The Warrior’ is a simple fable stunningly rendered, a re-telling of the oldest Indian story, of a mans withdrawal from the world in the face of our misery, his escape to the mountains, and the feudal demons that chase him. Asif Kapadia is a director with an ambitious, unique vision, who directs his first movie with singular confidence and style. British cinema has uncovered in him a filmmaker of original and substantial talent.