Anwar Masood is one of the rare people I have seen who can make you laugh and weep in the same mehfil.

As a master reciter and a mood-swinger, he holds his audience as his hostage, whether he recites his ‘Banain Len Jandey Ho’ or ‘Ambari’, his most poignant nazm to date.

Here is a less heard poem ‘Badda’ (Clouds) from his book ‘Mela Akhiaan Da’. (The festive of eyes), one of his most serious works. A personal favourite!

Oh Anwar, what sort of clouds [of heart] had formed
Neither does it pours into rains, nor it scatters. 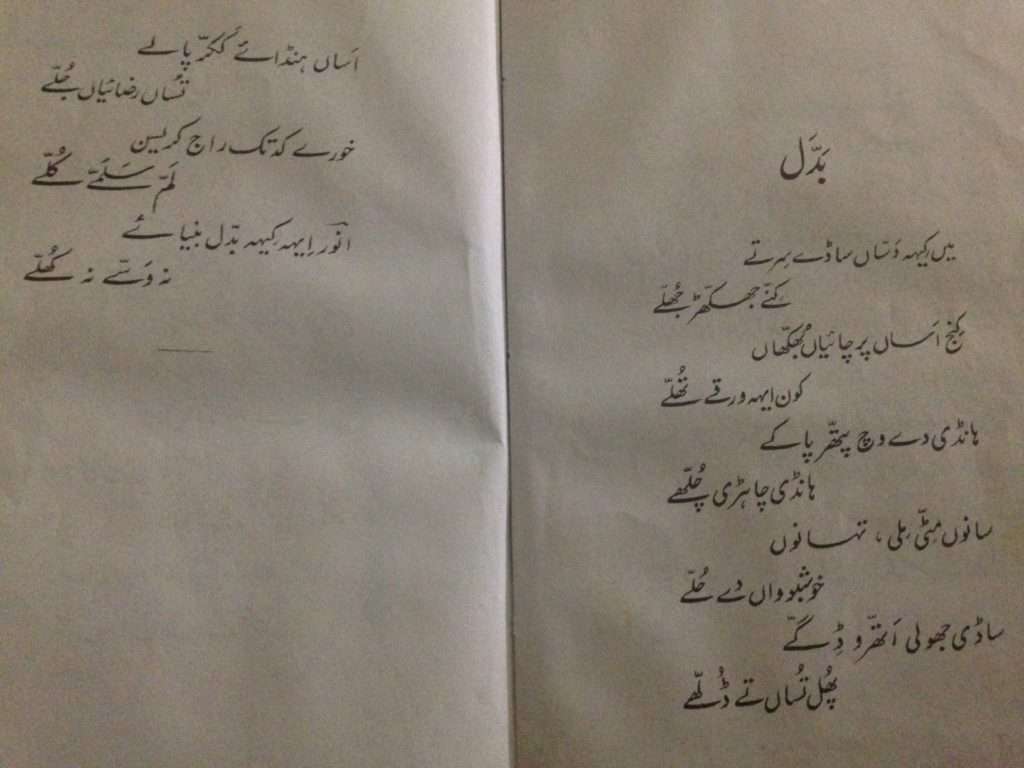