The Perfect Man – By R. Hashmi 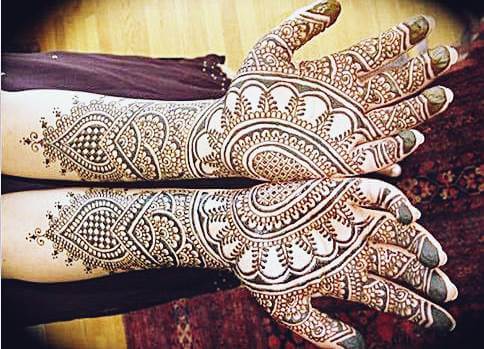 Who is this perfect man? Where is he? Why is he eluding me? And most of all, does he even exist or would I die single.

It is hard enough to be a woman in Pakistan let alone a single woman in her mid twenties. Everywhere you go, the conversation is something like this:

Aunty: Twenty five? Oh! So are you married yet?
Girl: (Awwww…not again) “Err…no”
Aunty: You must be engaged then?
Girl: (Sigh) “No”
Aunty: (Whispers) “No one in your college, university, office?
Girl: ”What the…?….why?”
Aunty: (gives the girl this look that says awww poor lonely girl) “Don’t worry beta I will pray for you and InshaAllah you will get a very good boy”
Girl: (No thanks) “Ahem…ok”

If this exchange does not satisfy them then they run off to your parents armed with a list of boys they think would be perfect for you. Not only the aunties, but your family, friends, relatives and even your colleagues start dropping hints and questions and a point comes when it seems everybody has only one objective in life: To help you find the perfect man.

Recently a colleague in my office who was pitying the lack of romance in my life asked me if I had ever thought who would be the “perfect man” for me. My mind drew a complete blank at the unexpected question. That night as I lay in bed, I gave the matter a serious thought and decided that since my career and life have almost become monotonous, I must dedicate the year 2012 to finding the “perfect man” for myself. Also if the Mayans turn out to be right I did not want to die a single woman.

The next question of course was where to find this person? As usual as in all times of crisis, I turned to my best friends: the books. First of all, I turned to the queen of romance, Judith McNaught. Her books tell me that the perfect man is right beside me but he just escapes my notice because he is in disguise. Her stories indicate that I am going to find him in the oddest of places. He could be the mechanic who fixes my car who in fact, is not a mechanic but is the son of a rich feudal lord. He just passes his time by fixing cars to find out how the poor live so he can better serve them when the time comes to hold the reins of power in his hands. Or he could even be the peon at my office who actually is a movie star but is working as a peon to get into the skin of the character he is playing in his next movie.

Perfect Man No.1: (The Feudal Lord Mechanic)
Believing in her bestselling novels, when I went to get my car fixed, I closely looked at the mechanic who emerged from under a Mehran as I stopped at the makeshift automobile fixing garage. He was wearing a badly greased shalwar kameez and his malnourished limbs and face belied any association with the rich. Furthermore, the way he unabashedly tried to rob me off of every single penny by telling me that every nut and bolt in my car needed to be changed drove away whatever delusions I may have had in my brain about him being the son of a lord.

Perfect Man No.2: (The Super Star Peon)
I even took a close look at the peon in my office. With his huge moustache, the only part he could get is of a gujjar in a Punjabi movie and considering the measly amounts the Pakistani film industry pays which forces actors and actresses to go across the border and take their clothes off for money, I did not think I wanted to take a risk.

Perfect Man No.3: (The Rich and Handsome Boss)
Disappointed by Judith McNaught, I turned to the next romance queen, Danielle Steel. Her books tell me that the perfect man is my rich and handsome boss who secretly admires me but does not tell me for fear of ruining the perfect professional relationship. Following this advice, I put on my best clothes and greeted my boss with my most bewitching smile the next time I had a meeting with him but before I could say anything his phone rang. I was amazed to find my perfectly composed ready to strike any employee boss turn into a complete pile of mush. Snatches of the conversation revealed that the person on the other end was his wife who was screaming at him for forgetting her birthday and all he could say was, “I am sorry honey, I have got the biggest surprise for you…” in a squeaky voice. I felt sorry for the poor man and left him alone.

Unable to find the perfect man through books, I turned to Bollywood movies since they have a reputation for ending in the perfect happy endings.

Perfect Man No.4: (The Music Playing Foreigner)
The most romantic Indian movie of all time “Dilwale Dulhania Le Jayenge” tells me that the perfect man is the music playing foreigner whom I will meet on my trip abroad and whose tunes I will hear later across the continent waking me up from my sleep in the middle of the night. This seems a little far fetched as one would more than the soft music of “Tujhe Dekha to ye jana Sanam” to wake me up from my deep slumber. You would probably require “Welcome to the Jungle” played at full volume right beside my head to wake me up and even then there is a strong chance that instead of being impressed I will probably crash into the wall the instrument that dared to wake me from my beauty sleep. Now we wouldn’t want to do that to a Les Paul, would we?

Perfect Nan No.5: (The Handsome Stranger on The Plane)
The next movie I turned to was ”Hum Tum” through which I learned that I will find the perfect man sitting next to me on the plane on one of my travels. From then on, I decided to raise my head from the book I read on the plane to take a sneak peek at the person sitting next to me on every journey. I stopped doing that when last month I raised my head and found a middle aged, pot bellied Arab sitting next to me. He already had three wives on board and still had chosen to sit beside me instead of any of his wives. I realized since I mostly travel to the Middle East, I will probably end up being the fourth wife if I try to find my man on the plane.

Perfect Man No.6: (The Pale and Silent Boy)
Thinking Bollywood is probably too idealistic, I turned to Hollywood and then to the most romantic movie in Hollywood that has been driving everyone crazy recently: “Twilight”. This movie tells me that the perfect man is the silent and mysterious boy around me who looks so pale that it seems as if he just bathed in a whole bottle of L’oreal foundation before stepping out. This criterion is much more difficult as it is hard to find a silent boy as all Pakistani boys are loud and obnoxious and the only people pale people I could find here were the third gender begging for charity on signals.

Perfect Man No.7: (The Mysterious Caller on Radio)
The second Hollywood movie I turned to was “Sleepless in Seattle”. I discovered that I would find the man of my dreams pouring his heart out on the radio and I would fall in love with him the instant I heard his voice. This too failed miserably as after tuning into a couple of radio stations I discovered that all the FM radio channels in Pakistan play more advertisements than content and the couple of shows on which RJs do receive callers are filled with calls from guys who wish to dedicate songs like “Candy Shop” and “What’s your fantasy?” to their girlfriends. Do I ever want someone to dedicate me a dirty song to confess their love for me? Probably not.

Perfect Man No.8: (My Best Friend’s Husband)
Thoroughly disheartened, I turned to my last resort: the idiot box. A single episode of “Desperate Housewives” convinced me that I can only find marital bliss if I manage to hook up with a friend’s or acquaintance’s husband. The show tells me that there is no point in getting married if I marry without cheating on my best friend. Since all my friend’s husbands are just like my brothers this suggestion was discarded at the speed of light.

Despite all these suggestions, I am still confused. All I need to know is: Who is this perfect man? Where is he? Why is he eluding me? And most of all, does he even exist or would I die single on the last day of this planet?