Headache and Heartburn: By Almira Adara 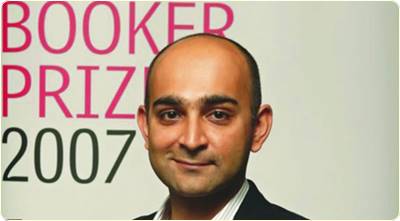 Beant Singh: New York City cab driver. Sitting behind him in the taxi, I read his name off the little identification card carefully pasted on the back of his seat. I can only see the back of his head but I see his face on the card. It is the face of an honest, tired looking man in his thirties. I remember thinking later that had I not been sitting in front of his identification card, I would not even have made the effort of looking into his face. Who meets the eyes of cab drivers in New York anyway? My mind drifts to the night I am supposed to remember. I look outside at the city of lights, slithering with effervescent energy.

It was a Saturday night in Manhattan. I had just attended a Pakistan American Cultural Society’s Midsummer Night’s Scream, whatever the hell that meant. It was a night of polite reserve, spent in the company of the so-called “cream” of young Pakistani professionals.

As I descended the red-carpeted stairs of Salaam Bombay, I thought about the possibility of opening a Salaam Karachi restaurant. Aren’t there more “salaam” saying people in Karachi than Bombay? But then, would the average Joe Schmoe invite his Jane Doe to eat at a place called Salaam Karachi?

He probably wouldn’t know how to pronounce Karachi. But then, I wouldn’t blame him. There is a cultural glamour attached to anything remotely related to India.

I left my political thoughts and focused on the evening at hand. From my table in the dimly lit hall, I saw my friend talking to a young man. In my excitement at seeing my only friend there, I ran and gave her a hug, interrupting their conversation. She seemed embarrassed by the intrusion, as I turned and faced the person she was conversing with. It was none other than our very own Mohsin Hamid, author of “Moth Smoke.” He was a pleasant faced young man dressed in a white shirt and jeans, a sharp contrast to the black and blue designer suits of the other males at the function. I quietly introduced myself and told him how much I liked his debut novel. I asked him if he was going to produce a sequel to the book, in which Dara returns to seek revenge on his wrongdoers. He said no, much to my disappointment. He did add that he was working on a new novel, very different from “Moth Smoke.” I did not prod further, and he did not share any details.

It was nice meeting the guy, a very down to earth soft-spoken young man. My friend later told me that the latest gossip was that he was dating an Italian woman. I don’t know how much of that was true, but it sure would have disappointed the swarm of girls gathering around him every now and then.

The evening program started with a religious recitation. There was a flutter of scarves being taken from bare shoulders and gingerly placed on sleek heads. I winced at my own hypocrisy as I bared my shoulders to cover my head. An arrogant girl at our table looked at her companion sheepishly. She did not have anything to cover her head with, so my brother in law offered her a napkin. It was an honest gesture that the girl did not appreciate as she rolled her eyes and turned away. We shared a laugh later about that incident. I made a mental note of how awkward and unnecessary it was to include religion into everything, a trait Pakistanis could not give up, no matter how educated and “broad minded.”

The greater irony was what followed the religious recitation. It was a short play about the importance of giving “the birds and the bees” lectures to your young desi teenagers. The play was very irrelevant considering the fact that most of the audience was twenty something single professionals with no children.

The program went on with a presentation of Real Cosmetics for women of color by a woman called Lubna Khalid; another simple yet accomplished young Pakistani. I was seeing a trend here. The accomplished Pakistanis were dressed very simply, no pretentious airs around them as the others had.

Next came a book reading by Mohsin Hamid. He asked the audience how many of them had read the novel. My fellow Pakistanis embarrassed me as only a handful of them raised their hands. I guess the rest of the eighty five percent of the Pakistanis there were not well read individuals. The book reading was nice; I could have fallen asleep very easily had I not been sitting in front of the guy’s line of vision.

The person who stole the show was Aasif Mandvi, playwright, actor and writer of Sakina’s Restaurant, an off Broadway play. He performed a one-man show about an autobiographical first kiss. I met him later to congratulate him on his talents. He told me about his roles in upcoming Hollywood flicks. I remember one name he mentioned, something called American Chai. I guess it’s in production still. The last thing he said to me before I left his company was how hard it was for a guy as outspoken as him to meet a girl. It seemed fitting for me to leave at that moment. He was a great guy nevertheless.

The constant smiling was wearing me down. As the first dance started, my sister and I decided to leave.

I did not want to witness the “hell breaking loose” as the young Pakistanis started dancing. I ascended the red carpet out onto Greenwich Street, behind Mohsin Hamid, who had also decided upon leaving early.

My mind drifts back to Beant Singh. I wonder where his family is. Could they be in a small village in India, oblivious to the glamour of Manhattan, to the shine and sparkle of diamonds and designer clothing? Could they be sitting in a small seedy apartment in the Bronx, thinking about when their father or husband would return from work? Would his wife like to dress up as I am dressed up? Wouldn’t his daughter like to attend such glamorous evenings out in the middle of Manhattan? I feel disgusted at myself. I feel superficial. I spent an evening with uptight people. I became one myself. Did I do anything worthwhile?

I know the answers.

As I lie down to sleep, I don’t think about the evening. No Mohsin Hamid, no Aasif Mandvi, no Lubna Khalid. I think about Beant Singh.