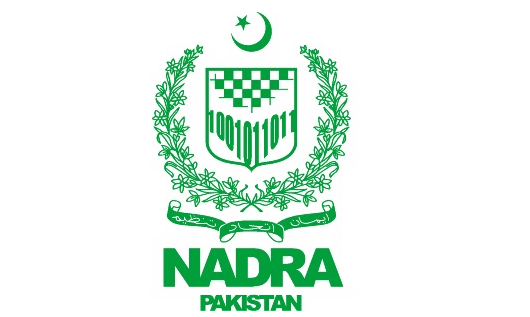 People from all over the world are undoubtedly proud to be nationals of their respective countries except for some unfortunate people of some “unfortunate countries. Probably, Pakistanis are one from the second lot. I have met, heard of and seen many people on this hapless land who want to get rid of their Pakistani citizenship for a different one, something they can be “proud of; the simple reason being that they want a “good life for themselves and their family.

I failed to understand why that was so until I got first-hand experience of the trauma that the ordinary person has to undergo each and everyday to “snatch the rights he enjoys, which he should get rather for him to go through insulting exercises.

It was one fine evening that I thought of getting the new machine readable passport, MRP as it is abbreviated to, to be prepared for any movement as time and situation may require.

I was told by a friend to go to the passport office in Saddar as the queues there arent long. I was happy, but very little did I know that it wasnt easy being a citizen of this country. My worries had just started.

I thought that since the system of computerized national identity cards (CNIC) was now in place, I would not face problems like getting in long queues or having to strike “deals with agents that roam about the passport offices showing their courtesy to help you in getting an MRP. Nothing of that sort did, however, happen, but something else did. It was for the first time that I realized that may be the NWFP from where I belong and Karachi were “two different countries.

After filling out the voucher for an urgent passport, I headed for one of the counters to pay the fees. But I was taken aback when the man at the counter said that since my CNIC didnt carry an address of Karachi, I would have to go to the NWFP for getting an MRP. I tried hard to convince the person that the NWFP was very much a part of Pakistan, and that it was absurd to go there just for a passport. I reasoned with him that I was employed here and even showed him my press card so much for the card. But he said he couldnt do anything and said I talk to a senior officer. As I headed towards the office of one of the assistant directors, the security personnel stopped me and told me that I needed to go the passport office at Awami Markaz since I resided in Gulshan-e-Iqbal. But since the office timing was over, I returned home.

The next day, I went to the Awami Markaz. But I got the same answer from there as well. My frustration and anger knew no bounds then. I had even decided, standing there itself, that if I get the opportunity to leave the country even once I wouldnt return, etc, and a number of other wild thoughts. But that wasnt the immediate answer.

I started to argue with the assistant director about the logic of the CNIC, and that the NADRA and immigration offices should be interlinked with each other, so they could share information about applicants from other parts of the country, so that they could be spared from travelling hundreds of miles for important documents. I told him it was pointless that I was being denied a passport because I belonged to some other province.

But he didnt seem to be convinced and said that rather than wasting his time, I apply to NADRA for a change of address in my old CNIC. Luckily, the NADRA office is just on top of the passport office. I rushed there. There was no long queue and my turn came in a couple of minutes. Since I needed the passport urgently, I wanted the CNIC urgent too. But the lady at the counter said there was no urgent service for making changes in the CNIC and that it would take at least 15 days although the amount charged was equal to that of an urgent CNIC.

I couldnt curse her, for the men of our country tend to become the biggest advocates of woman rights in such instances. Instead, I felt sorry myself for being a citizen of this country. However, there again I had no choice but to surrender.

In short, it took me more than 25 days to get my MRP even with urgent fees. And the day I got it was like Eid. I held it in my hands like a person holds his new-born baby. How proud and happy I was. More “happy were my friends who teasingly called me for congratulations. Some happiness, I said to myself.