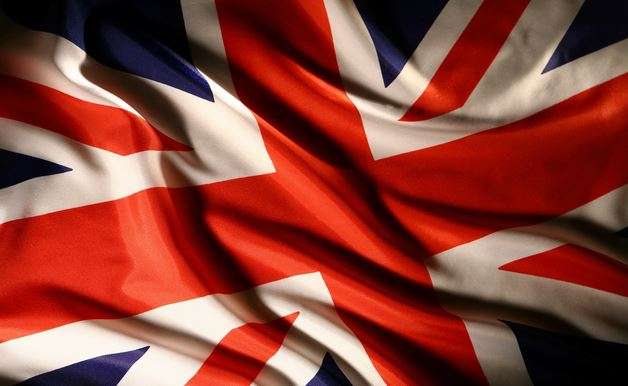 The veil is driving a wedge between Muslims and their neighbours

British Muslims have been at the receiving end of much criticism lately. Everyone seems to have joined in the â€˜debate’ including journalists, radio talk show hosts and senior government ministers.

The key trigger this time around was Aishah Azmi a school teaching assistant in the Northern town of Dewsbury England. Aishah insisted on covering her face with a veil whilst teaching children at the Headfield Church of England junior school. The children found it difficult to understand her as they couldn’t see her lips. She was suspended from her school on full pay and took her employers to an employment tribunal. The tribunal upheld her suspension but paid her over a thousand pounds in compensation for â€˜hurt feelings’. She is now planning to take the issue to the high court. She will of course be spending tax payers’ money in her legal battle by using the legal aid scheme that enables the poor to obtain legal help.

She is one of a new generation of young veiled Muslim women who are the complete opposite of the expected stereotype of a meek, shy and submissive Muslim female who ventures out rarely. These women are arrogant, hostile and out to deliberately shock and provoke. Their behaviour is calculated to antagonise and draw some sort of a reaction from those around them. This is a group that has developed a pathological hatred for the very society in which they’ve been raised. The very society that has given them an education and continues to grant them levels of freedom that can only be found in the West.

To date British society has been very tolerant towards other cultures and faiths. An attitude that is very different to many European countries. France in particular has shown hostility and contempt towards its immigrant communities.

Britain prides itself in developing a multicultural society which tolerates even celebrates religious and racial diversity. An example can be seen in our supermarkets where the headscarf has been incorporated into their corporate uniform. At my local Asda store, which is a division of Walmart, Muslim women can be seen wearing headscarves in the corporate green colour of the supermarket brand.

This is in sharp contrast to the attitudes towards minorities in Europe, Muslims in particular, where not even governments let alone corporate organisations are willing to take the lead with many such as France creating hostility and breeding hatred. In Britain no such prejudice exists and there has never been an issue with the wearing of headscarves in schools, hospitals and other government run institutions. Muslim women can be seen wearing Islamic headscarves in all walks of British life.

Yet despite this tolerance you have individuals such as Shabeena Begum, a fifteen year old pupil at the time, who insisted on turning up to school in a flowing robe rather than the Muslim friendly uniform the school had defined as a result of extensive discussions with the local Muslim community. For these people no matter what you do to try and accommodate their peculiar ways they will never be satisfied until they’ve dragged everyone back to the seventh century.

Recent events however are causing many to question the extent to which British tolerance can be stretched. There is almost a sense of foreboding when we switch on the radio and hear listeners voice their anger and in some cases hatred towards the Muslim community.

Senior politicians have ceased to be cautious with their words and shown open hostility towards Muslims. It has even been suggested that the recent comments from government ministers criticising British Muslims are part of a strategy to win white working class votes. Following the Iraq war the ruling Labour government can no longer rely on the Muslim vote. By openly coming out against the Muslims and labelling them as the bad apples within our society they attract the vote of the mainly racist poor white communities that live in inner city ghettoes.

In both instances, involving Shabeena Begum and Aisha Azmi, the women in question received the backing and support of Muslim extremists. One can only speculate as to what they are hoping to achieve through their antagonistic behaviour. Their thought processes are far from logical and coherent and judging from their statements to date it almost seems as though they are living in a world of their own.

They have no hesitation however in exploiting whatever processes exist within our liberal societies to further their objectives. The irony is that the very medieval society they fantasise about would never offer us the individual freedom and personal choice that we extend to them.

The reaction from the British media and politicians has established a very worrying precedent. It is no exaggeration to state that a trend has started which if it continues unchecked will result in the dehumanisation and relentless persecution of Muslims akin to the treatment of Jews in Europe.

The response from established Muslim organisations has been to automatically defend the teaching assistant without giving any consideration to the wider implications of her behaviour. The Muslim Council of Britain (MCB) which was until recently the one organisation the government preferred to work with has provided unqualified support for her. In a recent press release they stated that â€œwe have to respect a woman’s right to choose to adopt it [the face veil]â€. There was no acknowledgement of the wider and long term consequences of Muslim women covering their faces completely.

The president of the Islamic Society of Britain (ISB) asked a rhetorical question: â€œA very small section of British citizens hold the personal belief it is their divine duty to veil themselves fully. Will we allow them that right as a society?â€

In my view British Islamic organisations can no longer afford to tolerate, in the name of liberal democracy, the behaviour of extremists within the Muslim community. One can quite rightly question why these individuals expect us to extend personal freedom to them whilst they hold dear the dream of destroying the very society that we all live in and replace it with a harsh and cruel world where no independent thought or any form of dissension would be tolerated.

To me it is not simply a matter of personal choice. By choosing to cover your face you are making a statement. It is the extremist views of those who cover their faces that cannot be tolerated in a free liberal society. They put on the pretence of challenging our Western society but try and engage in a conversation that questions their core beliefs and they soon turn hostile.

It is the ordinary practising Muslim woman who currently wears a headscarf that suffers the most as a result of the irresponsible and selfish behaviour of trouble causers such as Aisha Azmi. An increasing number of Muslim women are forced, under economic pressure, to abandon their domestic roles as housewives and seek work. Some will be supplementing their husband’s incomes to make ends meet whilst others are part of the growing number of single parent families. It is these women that now face increasing hostility and suspicion.

Getting through a job interview and convincing any potential employer that they are not going to create controversy and cause issues will be difficult. British Muslims must stand up and speak out against the extremists within our community to ensure that future generations can continue to make a positive contribution to Britain by being part of the very fabric of British society and not victims suffering relentless persecution on the fringes living as outcasts. I feel we are at a turning point in our British history.