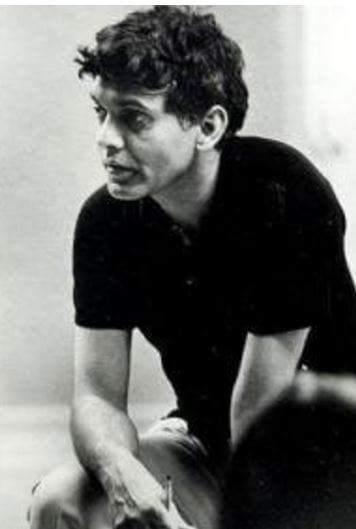 Edward Said is a distinguished Palestinian-American writer. He has written many world acclaimed works on the Palestinian quest ion His scholarly work Orientalism is highly influential in challenging western perceptions of the Orient.

Eqbal Ahmad, one of the most brilliant and unusual political thinkers and activists of the last 35 years, died on 10 May of complications following an operation tor colon cancer a week earlier in a hospital in Islamabad.

A man of enormous personal charisma, incorruptible ideals, unfailing generosity and sympathy towards others. Ahmad was a prodigious talker and lecturer and. although his gifts best expressed themselves either in dazzling!) eloquent speech or incisive journalism, he was perhaps the shrewdest and most original anti-imperialist analyst of the post-war world, especially in the dynamics between the West and the post-colonial slates of Asia and Africa.

His life was an epic and poetic one, full of wanderings, border crossings, and an almost instinctive attraction to liberation movements, movements of the oppressed and the persecuted, causes of people who were unfairly punished, whether they lived in the great metropolitan centers of F.urope and America, or in the refugee camps, besieged cities, and bombed or disadvantaged villages of Bosnia. Chechnya. South Lebanon. Vietnam. Iraq. Iran and of course, the Indian subcontinent. Me had a prodigiously detailed know ledge of history, whether that of the United States, the Islamic world, or the newly independent countries, always severely measuring the generous promise of religion and nationalism against their depredations and abuse as their proponents descended into fundamentalism, chauvinism and provincialism

Radiating an aura of profound peace and the understanding that comes with inner reconciliation and harmony from his small, trim figure, Ahmad was nevertheless a fierce, often angry combatant against what he perceived as human cruelty and perversity. An indefatigable teacher, during the last years of his life he dedicated himself- quixotically , it would sometimes appear to the creation of an alternative university in Pakistan (Khalduniyah), named after the great Arab polymath and historian whose comprehensive view’ of the human adventure Ahmad sought to embody in a new curriculum solidly based in the modern humanities, social and natural sciences. Many of his friends all over the world were conscripted into prospective service as professors and trustees, everyone fully convinced that the ideal was both impossible and attainable.

His life always bore traces of the travails of pre-independence Indian nationalism and the country’s later partition. Born in Behar. he and his siblings left for Pakistan in 1948: before that, his father was murdered in bed over a land dispute as the boy lay next to him, a traumatic event Eqbal would occasionally cite when he attacked material acquisitiveness of any kind, a passion that more than anyone I have ever known he had completely purged from his soul. In Lahore, he attended Foreman

C hristian College, became an army officer for a short period, then came to the US in the mill 50s as a Rotary Fellow in American History at Occidental College. California. From there he entered Princeton in 1958 as a graduate student with a Proctor Fellowship and a double major in political science and Middle Eastern Studies under Philip Ilitti. In the course of his Princeton years (PhD 1965), he went to Algeria, joined the FLN and became an associate of Frantz Fanon. was arrested in Prance, established a cultural centre in Tunis, and first traveled in Morocco, where he is still remembered b leading intellectuals.

During the 60s he taught at Cornell for three years, as well as at Chicago, but. ever the unconventional scholar, he was among the first Fellows of the anti-war Washington Institute of Policy Studies (IPS), a progressive think-tank. In 1969 he married Julie Diamond, a teacher and writer from New York; their daughter Dohra. now a graduate student at Columbia, was born in 1971. Between 1973 and 1975. Ahmad established and headed the I PS’s offshoot in Amsterdam, the Transnational Institute.

He was an early and prominent opponent of the Vietnam War, and rather spectacularly in 1970 was indicted and put on trial along with the Berrigan brothers for a (trumped-up) conspiracy to kidnap Henry Kissinger. His defense cost him dearly, even though he and his alleged co-conspirators were acquitted of all charges in the spring of 1972. In addition to his outspoken support of unpopular causes (especially Palestinian rights), his uncompromising politics kept him an itinerant, nontenured professor at various universities until 1982 when Hampshire College, a small institution in Massachusetts, made him a professor: he taught there until he became emeritus professor in 1997. splitting his time between there and Pakistan.

During those years he managed to travel all over the world, including Iran, the Occupied Territories, Lebanon. Pakistan. Afghanistan. India, Sri Lanka, Hurope. and all over the United States. Everybody wanted him to lecture, do interviews, lend support and unfailingly, he never turned down any opportunity to help; he was always stirred into service by passion, unending solidarity and. most important, the need for perceptive and dispassionate critical analysis, which he supplied courageously. Arabs, for example, learned more from him about the failures of Arab nationalism than from anyone else.

In 1980 in Beirut, he was the first to predict the exact outlines of the 1982 Israeli invasion; in a memo he wrote to Yasser Arafat and Abu Jihad, he also-sadly forecast the quick defeat of PLO forces in south Lebanon. He was a relentless opponent of militarism, bureaucracy, ideological rigidity and what he called “the pathology of power”, especially (and fearlessly) so far as his friends were concerned. Alert to every nuance of political process, he was consulted by hardened journalists and international civil servants about abstruse currents in contemporary Afghanistan. Algeria. Iran, India, Pakistan. Angola, Cuba. Sri Lanka; he had an encyclopedic knowledge of the US, based on wide reading and travel livened with an easy, indefatigable social grace. No one who saw him sitting bare-foot and cross-legged on a living room floor conversing genially till the early hours with a glass in his hand will ever forget the sight of the sound of his voice as lie announced “four major

points”, but never got past two or three. His courtly politeness and uncondescending manner especially captivated the young everywhere he went.

Politics were his central concern, especially during the last decade when he began writing regular columns for journals in Pakistan, Europe, the US and the Arab world. But it was unlike anyone else’s politics. He loved literature, especially poetry, and the sensitive and precise use of language, whether it was Urdu, English, French, Arabic or Farsi, meant as much to him as it did to any artist; in return, poets, playwrights, filmmakers and novelists, from Faiz Ahmad Faiz and Agha Shahid Ali to Elias Khoury. Mahmoud Darwish. and Grace Paley, loved him. He had a graceful pen. was never seduced by cliches or deterministic formulas, and preferred short, incisive sentences to long-winded, jargon-filled disquisitions about theory or grand syntheses.

No one more than Eqbal Ahmad captured and understood the human suffering and distorted vision that produced the reckless violence of people or movements who, in his memorable phrase, were radical but wrong. Whether it was the conflict between Israelis and Palestinians, or India and Pakistan, he was a force paradoxically for a just struggle but also for just reconciliation. Everyone who knew him turned to him for advice, wise council, and encouragement. He never spoke about his own problems, his failing health, or his frustrations. He was that rare thing, an intellectual intimidated by power or authority, a sophisticated man who remained simply true to his ideals and his insight till his last breath, a companion in anus to such exemplary and diverse figures of our time as Noam Chomsky. Howard Zinn, Tariq Ali. Ibrahim Abu Lughod, Richard Falk. Fred Jameson. Alexander Cockbum. and Daniel Berrigan. all of whom admired him greatly.

Bantering, ironic, sporty, pedantic, gracious, immaculate in dress and expression, faultlessly kind, an unpretentious connoisseur of food and wine. Eqbal’s themes in the end were always liberation and injustice, or how to achieve the first without reproducing more of the second. He saw himself perceptively as a man of the eighteenth century, modern because of enlightenment and breadth of outlook, not because of technological or quasi-scientific “progress”. Somehow he managed ostentatiously to preserve his native Muslim tradition without succumbing either to the frozen exclusivity or to the jealousy that has often gone with it. Humanity and secularism in this blood-drenched old century of ours had no finer champion. His innumerable friends grieve inconsolably.

Previous published at chwok and reproduced with compliments.