IndoPak…This is Rest of South Asia speaking – By H. Nambiar 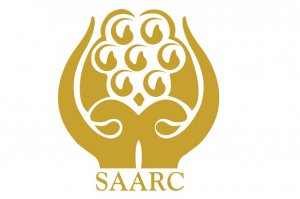 It might be a trifle churlish to remind Indians and Pakistanis that they alone do not South Asia constitute. But each have at different times complained about how powerful nations do not hear the voices of the weak.

In their new found nuclear fueled status, they might themselves be guilty of not listening to their smaller neighbours. This can hurt the region’s common interest of securing a future that will preclude nuclear incineration for the whole of South Asia, and beyond.

There is imminent danger in ignoring the voices from the rest of South Asia , which never seem to transverse the Indian landmass to join a truly integrated South Asian chorus. Their voices are out of the earshot for India, for Pakistan, and even for the otherwise keen ears of the new global Sheriff Uncle Sam. If we refuse to hear what the rest of South Asia have to say, the ghost of the irrelevant NAM will possess the spirit of Saarc.

The South Asian Himaal, the respected Kathmandu based publication, had this to say : “on the security side, we find ourselves in disagreement with most editorialists of South Asia, particularly India’s. Extreme embrace of nationalism and sovereignty can blind one to the fact that this place does not deserve to be made more dangerous than it already is. After all, the majority of South Asians are poor, and what they need is food in the belly and not warhead on the missile. So we should not be making a fuss if the Grand Duke of Duchy, let alone the president of the United States, were to come forward to offer his good offices to resolve the India-Pakistan dispute.”

Talking about the lobbying by Indian foreign ministry to deny Pakistani hospitality to Clinton Himaal said it was an indication of ” the overwhelming importance accorded to the US in the minds of the Indian establishment – the endless re-runs and post-mortems on Indian satellite television is proof enough.” The editorial reminds India and Pakistan, ” let us not forget that for every Indian dollar-billionaire, there are at least a hundred million paupers who are caught in a bind in this nuclear Subcontinent.”

Sri Lanka’s The Island spotlights with disarming candour and acuity, an Indian peeve that cannot be voiced without threat of physical assault in India. “One of the most galling things to Indians of all political colorations and walks of life about America in the post-Independence era has been that India was not been given the recognition it deserved as a foreign power by the superpower.”

And the editorial correctly pointed out that “While the Americans will see the thrust of Clinton’s speeches in his appeal to India to retreat from its nuclear weapons programme, set economic relationships between the two countries right and protecting democracy from terrorism, students of Indian politics in this region will see the theme of his speech being to reassure Indians of India’s greatness and dispel the prejudices entertained by Indians about the United States.” A look at the headlines of most US newspapers covering the event would bear out the truth about the divergence in perspective between the Indians and the US.

The fact remains that the balance sheet of Clinton’s visit to South Asia, at least for the International community, will be drawn up by that hallowed group of correspondents called White House Press corps. If you want any confirmation straight from the horse’s mouth, here is White House correspondent Mike McPhate writing in the Kathmandu Post, ” Clinton came across as humble and polite in the
television clips, Indian journalists’ attempt to break through that exterior and get the live Clinton failed
as they remained relegated to the perimeter. Clinton remained continuously insulated within a one-kilometre radius of clinically-administered sanitisation and security. And so, it was the hobnobbing US press that succeeded in defining the visit for the world.”

And yes Mcphate also took a cursory reading of the hypometer. “from Clinton’s stance on nuclear proliferation to Chelsea’s shade of lipstick, the coverage in the Indian media has indeed been exhaustive. The coverage of Clinton’s first official day in New Delhi in four of the top English language dailies averaged 14 articles apiece, not including the special Clinton-visit supplements.”

H.Nambiar is a senior journalist with news media in India. He has worked with major Indian mastheads, as well as CNBC Asia, in its earlier avatar as Asia Business News India.