Life is a precious gift. We all are given a life. Life is all about exploring new things and getting lessons from all the previous bad things. This world is full of wonders, we can only conquer them if we have a healthy body and an active mind. There are ups and downs in life. Life is not always a bed of roses. One who have courage to accept all the irregularities of life is the real hero because conditions are not under control all the time.In daily life we all have to face many things which are against our mind setup. Sometimes we are full of happiness and the other moment we are the not. Some people are so much in pain that they think this pain is permanent and they try to attempt suicide. 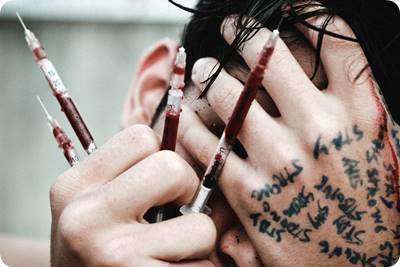 Suicide is an act of trying to cause one’s own death intentionally. Suicide is second leading cause of  death in persons between 15 to 29 years. After every 40 seconds there is a death by suicide. Among 20 persons who attempt suicide there is only one suicidal death. There are many methods of committing suicide. One may attempt to suicide by engulfing pesticides, poisoning or by hanging themselves. Mostly it is seen that causes of suicide are overwhelming life affairs. But some other causes of suicide are academic failure, mental illness, sever depression, physical abuse , loss of loved ones, breakup, taking drugs, financial problems, legal problems and no hope to reduce chronic pain.

Students can try to attempt suicide if they are failed badly or unable to achieve their goals. Actually students are pressurized by the family too, and failure in goals make them shameful, they are not able to face their parents and commit suicide. Some students also take drugs, when  their family , parents come to know, they find it difficult to convince their child to leave drugs and at the end there is nothing but a dead body. Suicide rate is high among lesbians, gays and transgenders, as they have no family support and in society they are not  welcomed, this make them depressed and they have thoughts of not living and result is a suicidal death. Financial problem is a condition which directs a person towards the path of suicide.

A person does not commit suicide all of the sudden, instead are there are symptoms which show that a person is having suicidal thoughts. If somebody is talking to you about suicide do not take it as a joke, there might be something wrong with that person, try to figure out and help him/her in avoiding such thoughts. Most of the intelligent people prefer to be alone but if somebody wanted to be alone all the time and stocking some life taking pils then surely it is a sign of suicide. A person who is ready to suicide have mood swings and start doing things that are destructive for health. A person who is hopeless and is not making any progress in retaining hope back might be having thoughts of suicide. Its is said that“ its never too late to come back”. But here we have a lot of issues, a person is ready to change but nobody is there to support, besides this our society is not ready to give them a chance.

It is matter of lives, we should be together in this regards to get somebody out of the danger. If some of our neighbor or loved one shows signs and symptoms of suicide it is now our duty to try to console them and give a hope to live. But if you wanting to live but your suicidal thoughts are not coming slow then you must visit some health care professional, psychiatric or doctor. Be a good citizen and try to live a peaceful life and help others in living.