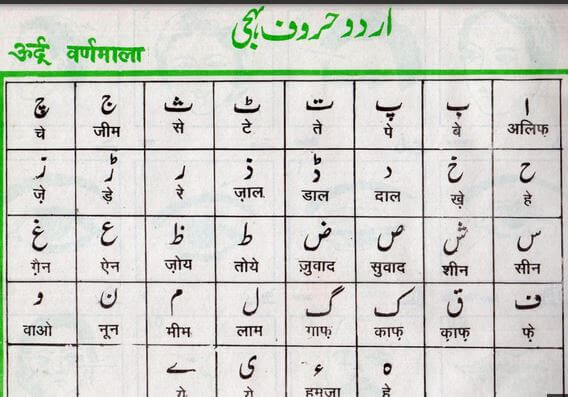 Recently, much hue and cry has been raised for banning “Pakistan ki kahaniyan,” an anthology of Urdu short stories and a core textbook of O level. While the resentment of the rightist elements is explicable as we are not unfamiliar with their
rigid principles, one cannot but lament at the hasty announcement of the education ministry. The latter which is characterized by its traditional red-tapism has acted unusually swiftly in this matter. (Another proof of the dreadful fact that our governmental policies are based on vested interests and lobby pressure rather than on ground realities).

The federal education ministry has approached the British Council to withdraw this book from O level syllabus as it is said to contain some derogatory remarks against local people. This is a very unconvincing argument as anyone having read the book will know that it highlights social evils such as swara, honour killings and forced marriages. Certainly, those elements which engage in such kinds of activities must be condemned and no sane mind would regard this as “derogatory remarks against local people.” Waging a literary war on these heinous crimes against humanity by fictionalizing the real happenings has a much powerful impact on the young minds than lengthy accounts or research papers.

The book is not written by some foreign curriculum setters with their much-trumpeted “ulterior” motives. It contains the work of literary giants such as Saadat Hasan Minto, Ahmad Nadeem Qasmi, Dr Anwar Sajjad etc. Living in our society where domestic violence against women is the norm of the day, tribal feuds are settled through exchange of girls and other gruesome customs are prevalent; one cannot expect these writers to remain silent. They have done their part of the job by writing against these social evils and the UCLES(University of Cambridge Local Examination Syndicate) has shown cultural sensitivity by including such works in its prescribed Urdu syllabus. I passed my O level almost three years ago but I still remember the spirit and enthusiasm with which my class fellows used to participate in the discussion on diverse issues raised in these stories. Our teacher used to bring newspaper clippings which related to the content of the stories and our literary society also staged a powerful drama on these themes. This interactive learning is only possible with such a book containing vibrant themes.

Another objection leveled on this collection of short stories is the use of “objectionable and inappropriate” language. Certainly, the “afsana” is not to be looked upon as a literary genre isolated from social reality. While organizations, such as JTI, Jamiat Talaba Islam (who have demonstrated against the inclusion of this book in the syllabus), can be forgiven for not realizing the fact that such expressions are used to make these stories more real to life due to their ignorance of classical literary texts; one is undoubtedly amazed at the attitude of our high ranking officials. One can draw an analogy to the action taken by the Vice Chancellor of Punjab University who banned the classic “Sons and Lovers” by D H Lawrence on pretty much the same reasons.

Such objection results only due to a casual reading of the stories. mere frankness in language cannot be said to give rise to sensuality. People who criticize the use of these words seem to base their argument on the dubious assumption that had it not been for this anthology, our O levellers would have never across such words like “kuttay, haramzadey and ullu key pathaey.” Our esteemed bureaucrats sitting in education ministry seem to forget that such language is routinely used in our public places and our students are not unfamiliar with it. It seems that these people have never walked the streets of Pakistan or else they could have never assumed that this anthology has been the first encounter of our young students with such obscene words. Particularly, in our public schools most teachers do not refrain from using abusive language in front of their students and usually, this is targeted at the students.

Besides, many administrative problems have been created due to this action of the high-ups in the education ministry since the students as well as the teachers are confused about the current status of this book. They have been reading this book for the full academic year and it will be certainly a grave injustice to these students whose hard work will go in vain.

I talked to some junior students of different private educational institutes and they expressed their annoyance at this decision by the government. “The book has been the part of O level syllabus for more than three years and suddenly, the government has waken up to find that it contains objectionable material” Adil, an O level student commented. He also showed me the lengthy notes on all the different characters and events that he had written in the last two years. Another student, Sofia, who intends to take the Urdu exam this year, also expressed similar feelings. She pointed out that after reading the book, she has developed a real interest in Urdu literature as the stories seemed abstract at first but later proved very interesting after interpretation of these works by her teacher.

Another sad episode in this regard has been the silence of our intelligentsia particularly the writers of these short stories and the faculty of the institutions where this book is taught. They must raise their voice against this unreasonable interference of the executive in educational matters.