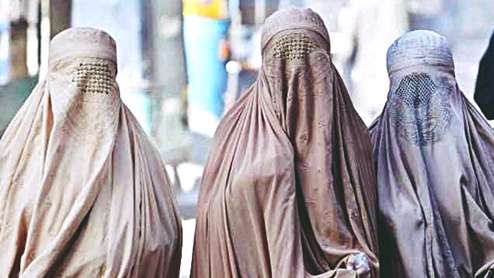 They (orthodox Muslims) are ready to cry foul when something happens in France while being supportive of Taliban oppression in our side of the world.

The recent ban imposed by France on Burqah (Full Veil) is generating a lot of reaction. The orthodox Muslims are expected to oppose it but their opposition is not what interests me. They are one hypocritical bunch of spineless people who are ready to cry foul when something happens in France while being supportive of Taliban oppression in our side of the world. They are more concerned about less than two thousand women who by the way have a choice to leave France and yet hypocritically silent over treatment which Muslim women receive in Muslim countries. A French law is hurting them more and yet far more oppressive and discriminatory laws against women in Muslim countries do not make them move an inch.