Tensions between Turkey and Saudi Arabia: The Nations at odds

Tensions between Turkey and Saudi Arabia: The Nations at odds

Saudi Arabia and Turkey have had an undulating relationship over the course of decades and despite of the geographical and religious proximity, the two have rarely been on the same page. Recent tide over the relation is an outcry by the Saudi Chambers of Commerce to ‘Boycott everything Turkish’. Allegedly the boycott spans over a wide range: level of investment in the country, tourism interchange and even the imports are to be curbed. This was deemed as a “moral responsibility” of every Saudi citizen against the nation’s enemies; as per the statement of Saudi’s Chamber of Commerce head Ajlan Al Ajlan.

The relations between the two Islamic nations were again triggered by the statement of Turkish president, Receb Tayyib Erdogen, accusing the Gulf nations for the instability in the region. This was the statement that incited such a hoarse reaction from the economic entity within the kingdom. The tie between the 2 was never a strong one but a major incident strained the relations back in 2018. The murder of Saudi citizen and a columnist of The Washington Post, Jamal Ahmed Khashoggi, back in October 2018 set all fires loose when Saudi government was outright accused of involvement in the brutal murder at Saudi Consulate. The Turkish president went as far as insinuating the involvement of crown prince, Muhammad bin Salman, in the gruesome murder. Earlier in 2017, Ankara stood as a vital support mechanism to Doha in terms of finance and military when Qatar was excluded and sectionalised by Saudi Arabia and its allies.

The two Islamic republics have been at head once again ever since the recent controversial decision of UAE and Bahrain to join hands and normalise relations with Israel came to light. Turkey and Iran, despite of the Shia-Sunni disparity, have relatively been close in ties since both have stood at odds with the foreign involvement in the region while Saudi Arabia has welcomed it with open arms. Even with the normalisation of relations with Israel, UAE and Bahrain met heavy criticism around the Muslim world but majorly championed by Iran and Turkey: former calling the move as a “Stab in the back” while the latter threatening to sever ties with the Gulf states. Both the statements were shrugged by the Saudi representatives as an ‘internal matter’ and warning the duo to refrain from interference.

The growing animosity is not novel between the duo as they have been in contrasting positions on multiple foreign policy issues and have even held starkly different positions over the islamist groups operating in the west European region. Although Saudi government officials have not confirmed the implication of the statement of its Chamber of Commerce, the signs of blooming tensions were sensed earlier this year. Even pre-Covid, the tourism dropped 17% between the countries and Turkey, being the 12th highest trade partner of the kingdom, saw a steady decline in bi-lateral trade. Albeit the externalities of the pandemic, the relations continue to deteriorate, and the signs might turn more apparent over time. 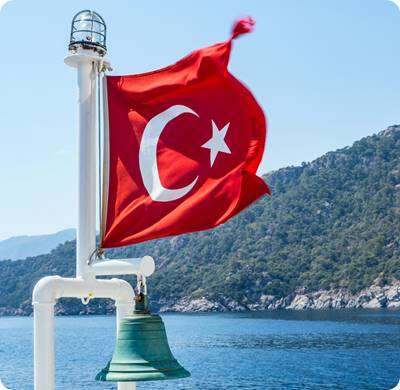