The Senate Election 2021: A Contest to Remember

The Senate Election 2021: A Contest to Remember

The elections of the upper house keep throwing curveballs. The senate elections of 2021 proved to be the biggest arena to demonstrate the power on the electoral board. As if the shocker of the national assembly upset wasn’t enough, the history repeated itself rather quickly this time. Earlier this month, Mr. Yousuf Raza Gillani outvoted the government candidate, Mr. Hafeez Sheikh, by 5 votes, tallying 169 votes against 164 votes to clinch his mark as a senator. While he was subsequently nominated by the PDM alliance for the election of chairman senate, Prime minister Imran Khan took an unprecedented decision of requesting a vote of confidence from the house.

The vote passed comfortably again rattling the expectations as he tallied a total of 178 votes; two more than he was speculating. Whilst the hype gained day by day with PTI running a petition in the election commission to impede the notification of success of Mr. Yousuf Raza Gillani on the account of horse-trading, the PDM alliance mocked the efforts. The notification was passed regardless which left the government alliance all but dismayed. That was until a revived hue of confidence suddenly settled in the benches of PTI. On the contrary, the PDM alliance started to panic despite having a winning majority in the senate. Clearly the wheels were turning. 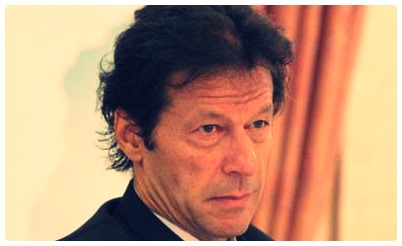 With Mr. Sadiq Sanjrani running for the seat of chairmen senate as the nominee of the government alliance, the confidence was further boasted with his active campaign to compel the opposition alliance, with the exception of PML-N and PPP, to vote for him. The labyrinth of statements, accusations and counter arguments almost made it too hard to follow. With Mr. Abdul Ghafoor Haideri nominated by the PDM alliance for deputy chairman senate and the matching nomination of Mr. Mirza Afridi by the PTI alliance, the game was all set to dawn on the eve of 12th March. The results didn’t fail to surprise either.

Right off the bat, the opposition benches pulled the gimmick of alleged cameras in the voting booths. While the issue was put to rest by the Presiding Officer; immediately forming a committee to investigate the concerns, this was the start to the decimation of the opposition. With the results tallied, Mr. Sadiq Sanjrani managed to eke out the victory right off the claws of the opposition; grabbing all 48 expected votes from the house. The counter position, however, was eye opening. Mr. Yousuf Raza Gillani received a total of 42 votes while 7 votes were rejected on the grounds of incorrect placement. Even after a heated discussion with the representatives of Mr. Gillani, the election was announced in favour of Mr. Sanjrani, who took oath for the 3rd consistent time as Chairman Senate.

The following election was a turnaround that hardly anyone expected at this stage. With vote count completed, Mr. Mirza Afridi swept the house with a total of 54 votes to his name, leaving Mr. Abdul Ghafoor Haideri trailing with only 44 votes to his name. This shocker confirmed the preceding election as a viable procedure; the 7 rejected votes not being a mistake but a schemed attempt to nudge Mr. Sanjrani forward.

The clear upset has resonated hard in the queues of PDM, many of whom are turning heads to identify the backstabbers while many infuriated whilst planning the aftermath of the debacle. As the senate elections are safeguarded by the constitution of Pakistan; article 60 and 69 barring the cases to be reviewed by the election tribunal, the only sage option remains is to opt for a vote of no confidence. However, in the light of the crushing defeat in the contest of deputy chairman senate, it is apparent that the cancelled votes were never legitimate to begin with. Thus, the lacklustre opposition has no path but to focus on the long march, clinging to the possibility of a miracle as the government enjoys its revival after months. However, with growing dissent within the echelons of PDM, a grounded effort to dethrone the government is anything but a possibility. As PPP reneges from offering resignations as promised and insinuates a desire to form opposition in the senate, the opposition alliance stands at crossroads while the government revels the show from the side-lines.