Smoke. I remember smoke. I remember the shattered glass bursting forth from the window, each shard burning in a red hue, like a galaxy of a million suns suspended in the air. and a loud thud as the stone lands on the bedroom floor. I remember my violent coughs reverberating in the blazing air. Most of all, I remember my daughter screaming.

I remember my husband’s hand pulling me up. his other hand scooping our daughter up and then running. We run into the open air, through the burning house, and I sense my body is singed and riddled with shrapnel as the roof cracks and caves behind us. “There they are.” a callous voice yells. 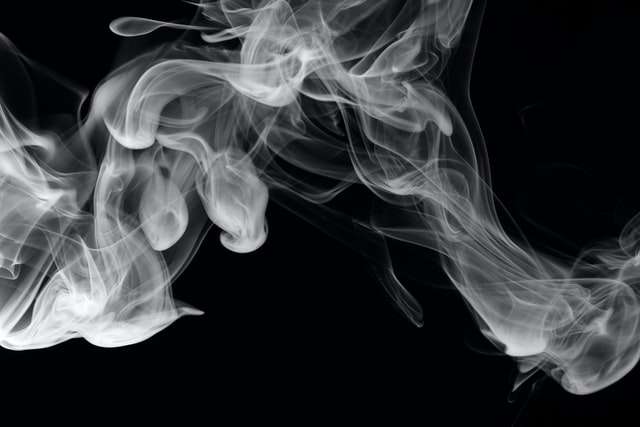 There is a series of angry chants and then the sound of running men grows louder.

“Run!” my husband yells as he pushes me away and I grab my daughter and run.

I remember not knowing this is the last time I would ever touch him. I run for a minute or so and then hide behind some trees where no one can see me in the moonless night. I turn around to see the mob converge around my husband. His brown eyes search for us in the dark.

He smiles when he doesn’t see us.

Then a single scream tears through the sky: “Infidel!” The word resonates in the silent night. Then an almighty roar rises from the crowd and they lunge at my husband. I remember holding my scream in and hugging my daughter, holding her to my bosom and sitting there till morning. I remember my body stiff and aching from sitting so still through the night; a smoking pile of rubble; and a faint bloodstain on the pavement where my husband had been.

My daughter. two years old, cries in my arms. I have no idea what to do next. Grief is registered as a dull pain in my chest. as the primal urge to protect my daughter overpowers all reason. I cradle her in my arms and walk down the street as I look up to see the crimson morning sky. My subconscious survival instinct is racking my brain for contingency plans.

There is only one place where I can seek refuge right now. I remember walking through the street. face bowed. It had been a few weeks ago when my husband had come home and slammed the door behind him. fear emanating from him. ‘They hare reached a verdict. I am guilty.’ I gasped as I understand what he was implying. ‘The people here already didn’t like us.’ he said ‘They were looking for on excuse to kill us.

And now they have one’ I soothed his hair. ‘The Lord will help us.’ I whispered. I remember trying to inch my way to the church without anyone recognizing me. The pastor would get me justice, he would save my daughter. We would he protected. In the middle of the market. a few things happen at once. A child runs and collides into me and an involuntary “Oh Jesus” escapes me.

A man turns to look at me and I recognize his eyes from the mob. He lets forth a lingering scream of indignation and lunges at me. I duck and dodge his hand which barely misses my cheek. Other people in the market are now looking at me. there are alarmed eyes staring at me through veils and men staring with gross interest.

Some men step forth, with realization dawning in their eyes. In the middle of the market. I cower with my body arched around my daughter. There is adrenaline coursing through my veins and my brain is working in overdrive trying to come up with a plan but all I can feel is intense fear and anger. the cold and the fire dancing with each other in a dizzying pirouette. A hand flies out of the crowd and I barely move away as the fingers entwine in my scarf and it tears off, burning my neck with the friction. Another hand shoves me and a low squeal escapes me as the hand digs into my back with brutal force and a sharp jab of pain flies across my body. My daughter is crying, her wailing resounding in my ears.

A large man steps forward, his face contorted into a smirk. “Let all here witness,” he booms. “That we do not tolerate infidels. This country is the land of the pure. We have no place for filth like this.” To my horror, a cheer rises through the crowd. I feel the people converging on me and I remember realizing that my fate had already been sealed.

I worked for that Nawab all summer.’ my husband claimed indignantly. ‘I worked in the fields and did more work than anyone else. But now that man is refusing to pay me.’ I was appalled at this and told him to go to the authorities, at which he laughed.

It wasn’t a happy sound; rather it chilled me’ to the core with the echo of resignation and despair that rattled within it. ‘He owns everyone in the village, because he is rich. What can I do against a man like him?’ He sighed and look out a cigarette. He lit a match and the flash of phosphorus threw his dark face into relief highlighting the lines and the wrinkles on his dark face.

The acid smoke filled the MOM as he puffed and we sat there, letting the smoke envelope us.

‘We are Christian.’ he sighed. There is no justice for us in a place like this. But I will go to the Nawab and appeal to his humanity.’

He went the next day and when he came back there were bruises on his body and fear in his eyes. ‘He said that he will not give an animal like me a single rupee. And that he will fabricate some story and report me to the police or to the people.’

I whimpered as I realized what he meant. But still. in a frail voice, I asked him. I asked him to maybe hear reassurance that this wasn’t what I thought it would be. They will try me for blasphemy,’ he said and he began to cry. The man in the market grabs me by my arm and flings me to the ground. My hand hits the pavement hard and I feel a sharp pain fly through my arms. The men advance and I see a woman clad in a burqa scoop my daughter up and hold her against her chest, soothing her. I feel a twinge of reassurance before the voice booms again- speaking of how I would be an example for those who wanted to commit any sacrilege in the future. I remember trying to reassure the man that I had never committed the crime for which I am being punished and am silenced with a kick.

As I curl up in pain. I remember screaming for help but no one comes. No one steps forward. I remember their merciless eyes as these men of faith converge around a broken woman to exact divine justice. I remember the pain as my body is attacked, as the kicks and punches follow hard upon each other. I don’t remember when I lost consciousness. Some men and women in the crowd were weeping as the life left my body; others averted their gazes and some chanted songs of victory. And as my broken, tattered body lies in the street, my blood congealing around me. I remember my last conscious thought being about my daughter. After that I remember no more.