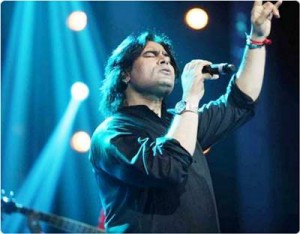 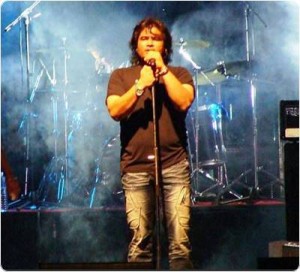 Our music industry has many rock-stars and many Ustaads of classical music. But then there is one and only Shafqat Amanat Ali, the Rockstar Ustad, who is hailed as the master of both worlds. Ravi Magazine had the honour to interview a true Ravian, who talks about his amazing and mischievous time at GCU Lahore and upcoming projects…

1. Per music critics, Ankhon Ke Sagar, Fusion’s first blockbuster song, is considered the greatest composition by any Pakistani band. Tell us about this amazing track?

A: Thank you for calling it the greatest composition! I compose every track with the same honesty and hope people will like it.

2. We no longer see artists releasing albums as before. How has music industry changed over the past decade?

A: I have released two albums – Kyun Dooriyan and Muh Dikhai and both have been on charts and had some songs which have become extremely popular and well loved including my Baba’s Ghazal “Dil Dharhakne Ka Sabab” on which we made a video featuring Naseeruddin Shah Saheb. Regarding your second question, Albums don’t sell in their physical format anymore due to piracy and illegal downloading and uploading onto different online platforms. Since the whole album tends to ride on a single with a video, and one doesn’t have to fill a 60- minute CD anymore, it makes more sense to do stand-alone singles with videos than doing albums

3. You have roots in classical music with upbringing in Patiala Gharaana. At the same time, you led one of the greatest bands in Pakistan. There seems a gap between classical and popular artists in Pakistan. Considering your unique position as master of both, how do you observe this gap?

A: I am enjoying being the bridge between both the genres. You need to be able to understand both the genres so that you can use them together to create a fusion and that makes it very easy to bridge the gap.

4. Tell us about your upcoming ventures, both in India and Pakistan?

A: There are some big projects in Pakistan which are coming up soon this year but I will talk about them closer to time. I am also doing some more new songs for Indian movies besides releasing my own new compositions and Punjabi singles with videos, which are being released by a few labels in India.

5. Since Ravi Magazine is tribute to all exceptional Ravians such as yourself, will you like to share any memory of your Alma Mater. Any message for new Ravians?

A: we used to spend a lot of time in GCU even after graduation so there are a ton of memories. GCU is like a drug so you keep coming back to it. I have seen every hidden and locked part of GCU including the tower. Even places which were not open to students, we ended up reaching there. We had once picked the lock of the swimming pool when it was very hot. The admin hadn’t yet started the pool for the season as they hadn’t yet cleaned it and changed the water. But we were so hot, we went in and with a bunch of my friends jumped into the water. The sports secretary was furious and he forced us to come out. And even though we were not really punished, a few of the boys got a skin infection after swimming in that stale water so it was quite funny.