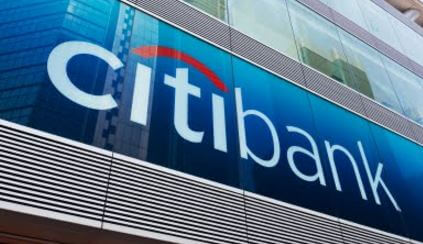 When Pakistan came into being a few private and one foreign bank viz. Grindlays bank were operating in the country. The economy of the country was agriculture based comprising mainly of subsistence farming and as such did not need a well-developed financial sector. From the out set, country had a small narrowly focused industrial base.

However, despite this humble background, private sector entered into the arena of commercial banking and some good banks appeared on the financial horizon of the country. These banks were doing pretty well before their nationalization in early seventies.

During early 90s Pakistan economy was witnessing historic changes in all sectors, especially financial sector. New Private banks appeared on the financial horizon of the country and in the new milieu of deregulation, liberalization and privatization started their pivotal role in the economy.

Important economic and financial land marked of the decade of 90s are entry of private bank in financial sector, liberalization of exchange control and introduction of FC account scheme for residents, large scale privatization of state owned enterprises, establishment of large number of modarbas and leasing companies, internationalization of capital market, auctioning of government securities, market based rates of return, rationalization of rate structure and establishment of yield curve for government securities, substitution of non-marketable debt with marketable government securities, removal of credit ceilings, strengthening of State Bank’s regulatory role and introduction of prudential regulations for commercial banks[1].

This was the economic and financial scenario in which private bank took off in early 90s. Although these new banks had to face a number of challenges like fierce competition, market challenge, credit risk management etc. they performed remarkably well in their early days. Seven of these banks, viz. Al Habib, Askari, Prime, Soneri, Indus, Bolan and Union mopped up the bulk of 18% monetary expansion recorded in 1992-93 and collectively increased their deposit base by more than three times in just three years. Deposits of Soneri Bank rose from Rs. 1.07b to Rs. 2.10b. They had already started to introduce innovative banking products like traveller’s cheques, credit cards and phone banking and appeared well poised for a leap forward in the future[2]. By virtue of their low intermediation cost they were able to offer low interest rates to their borrowers[3].

On the other hand privatization of state owned financial institution had also taken off. MCB was a success story for privatization and Allied bank’s profits rose by 260 percent in its first year of privatization[4].

New foreign banks also entered the market. Bank of America and ANZ Grindlays bank were operative for a fairly long time while others like Citi, Deutsche, Amex, SocGen, HSBC, Bank of Tokyo, etc are relatively new entrants. Some foreign banks originating from Middle East like Mashreq, Doha, Bank of Oman and a couple of the banks originating from South Asia like Rupali, IFIC and Bank of Ceylon also made their made their ways into the market.

The new banking environment of the country was characterized by efficient and dynamic financial services being provided by the banks to customers. Those sectors of the economy which henceforth were meeting their credit needs from non traditional sources now had access to the banking channel. New financial products had entered the financial market and financial innovation was on its way.

Even the foreign banks had to bear the brunt and already in 1995 their profits had started to decline. Combined pretax profit of 14 foreign banks (having deposit base fo Rs. 2 billion as at the end of December 1995), fell from Rs. 5.5 billion to Rs. 4.1 billion[5]. The coming days proved to be even worse fierce competition, stagnated economy, uncertain regulatory environment, political instability combined to slow down progress in financial sector.

Nuclear explosions of May 1998 dealt a serious blow to the banking industry of the county. Banks for the last many years had come to rely upon foreign currency accounts as their major source for deposits and were earning a handsome spread on them. These accounts were frozen for reasons now well known. This resulted in escalation of cost of deposit for the banking industry[6]. It was even worse for foreign banks which not only lost a big chunk of their deposit base but the squeeze in credit lines due to poor country rating also affected their business. The Exchange Rate Mechanism which was launched soon after the explosion took away from the banks the spread in the exchange rate which was available to them in the fixed exchange rate regime.

The recent decline in the interest rates has also badly affected the profitability of the banks. The banks are under pressure from government to bring down their lending rates and reduce their intermediation cost. In the present circumstances mergers and acquisitions are the only survival strategies for some of the not-performing-well private banks. Foreign banks are contemplating slowing down or winding up their operations in Pakistan.

Despite this gloomy picture of the economy there are hidden opportunities for those who have the understanding of the changing economic and financial trends and can forecast the shape of economy of the future. Regulatory environment of the country has changed considerably. We are passing through a transitory period from “repressed banking system” to “liberalized banking system”. Free float Exchange Rate System is one of the land mark on the way. This deregulation and liberalization in the economy in general and in the financial sector in particular will naturally result in ‘financial deepening’ of the economy and the banking industry will flourish. E Commerce is another venue that might bring host of opportunities for the banking sector. Further the threat of reduced lending opportunities of banks owing to declining investment trends may be turned into an opportunity by finding new avenues in the form of micro credit and venture capital.

STRUCTURE OF THE BANKING INDUSTRY

Banking industry of Pakistan can broadly be divided into three major categories viz. foreign banks, private local banks and big fives (NBP, HBL, UBL, MCB & ABL). This categorization is quite convenient with the exception that after privatization MCB and ABL have acquired a very different out look and are quite different from their other three still public sector brothers. Further some of the foreign banks (having Middle East and South Asian origin) cannot be considered as falling in the peer group of American and European banks.

Foreign banks have their own peculiar characteristics. They are mainly involved in corporate banking, catering to the needs of MNCs and well-reputed domestic firms. But at the same time some of them have quite aggressively entered in to the arena of consumer banking offering products like credit cards, Debit cards, TCs, ATMs and phone banking. Amex also offers travel related services to walk in customers. They also enjoy comparative advantage over domestic banks in trade related services. By virtue of their global presence their LCs are easily acceptable abroad. A big chunk of imports into the country is routed thorough the foreign banks.  Before nuclear explosion of May ’98, deposit base of foreign banks was mainly FC denominated. They have also played an important role in mobilizing institutional deposits from abroad which, at the time of nuclear explosion had increased to USD 3 billion.

Foreign banks of South Asian origin are far behind their counterpart from Europe and USA. They are playing their part to promote regional trade what ever is left of it. Most of them closing resemble some of the poorly performing local private banks.

They became failed and bankrupt institutions propped up by equity injections from the central bank because of political exigencies.  Two of the better performing were privatized while other three are try hard to stand on their feet.

These banks are characterized by their large branch network giving them definite advantage in remittance business. MCB and ABL are performing quite well and are catering to the banking needs of middle and lower middle class. Segment wise, they are closing competing with private local banks and by virtue of their size, they also enjoy a good part of the foreign banks’ market. In 1997 and 1998 MCB was the most profitable Bank among local commercial banks earning Rs. 9126.32 million and Rs. 8381.55 million these two years respectively[7].

Local private banks started to appeared on the financial horizon of the country in the early 90s after the ban on setting private banks was lifted and the monopoly of the ‘Big 5s’ was ended. In 1991 government awarded license to nine commercial banks to operate in the country.

These banks opened doors of banking to small and medium size business enterprises that previously found nationalized banks too inefficient to serve their needs and foreign banks unwilling to let them enter in to their target segment. Banks for a common man now became more than just saving institutions.

These small and efficient banks capitalize on their lean structure and efficiency to compete with big banks and on their cost efficiency to compete with foreign banks. Their main target market is a small trader however, some of them are also experiencing with syndicate loaning in collaboration with some of the bigger banks. Most of these banks are quite free from the chronic problem of infected portfolios and have kept them clear of political lending.

Although some of these banks are offering consumer products like ATM etc. but they have not yet entered into the arena of consumer banking and are mainly targeted towards business community.

Although their over all performance is good but some of them are not performing very well and may be case for acquisition and mergers in the future.

Pakistan has one of the lowest literacy rates in the world. Only 45% of the population can read a newspaper and write a letter in any language to be called a literate[8]. The propensity to save of Pakistani consumer is quite low. One of the reasons is low level of disposable income. Savings declined to 11.1% in 1998-99 as compared to 14.2% in 1997-98, despite the increase in profits on deposits in the national saving schemes by 2 to 3%[9]. Despite low propensity of consumers to save, banks can do a lot to mobilize the money in the non-banking channels. The market for banks is far from saturation point. Non-banking channel are catering to the needs of borrowers who do not approach banks for their borrowing needs either because of their ignorance of the utility of banking channel or because of inadequacy of collateral etc. non-banking channels costs the borrowers as much as 3% per month which three times as high as the interest rates charged by the banks. This high cost is because of the credit risk that the non-banking creditor has to assume. The banks by virtue of their comparative advantage in assuming risk are in a position to charge less risk premium to these high risk borrowers and thus attract them towards banking channel.