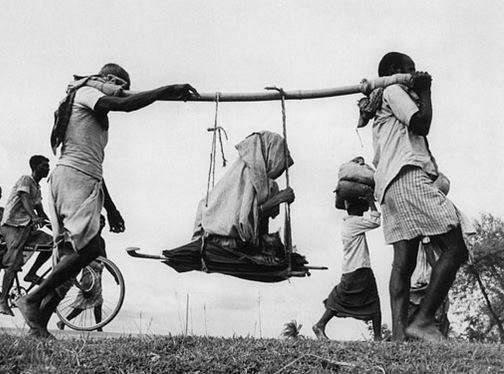 On the 3rd May 1927 a large gathering of the Hindus and Sikhs was held at Baoli Sahib, Dabbi bazar where inflammatory speeches were delivered against the Muslims. It was alleged that a Muslim had criminally assaulted a Sikh girl. The Hindu and Sikh crowd attacked the Muslims in Haveli Kabuli Mai with lathis and Kirpans, and a number of Muslims were killed. That led to a Hindu-Muslim riot throughout the city of Lahore. Shops were closed and all activities came to a stand still. The Punjab Muslim League set up a Committee to help the Muslim victims of the rict. Allama Iqbal was the Chairman of the Committee.

“On the night of 3rd and 4th May when at 12-30 AM at mid­night I reached Haveli Kabuli Mai, a man was arrested in my presence, i was told that the Muslims had caught two non-Muslims red handed and had seized Kirpan from a Sikh who had come to attack the Muslims. The man who had seized the Kirpan had his statement recorded in my presence. In my opinion the Police investigated the matter in a very half hearted way. At about 5 A.M. the investigation was completed and I returned from the house of Mohammad Amin Andarabi.

At 8 A.M. on the 4th May I went to the house of Mian Abdul Aziz Barrister-at-Law where a number of Muslim leaders had collected. The object of this gathering was that law and order should be maintained, and the Muslims should be prevailed upon to keep quiet. Along with Mian Abdul Aziz I toured the affected area and advised the Muslims to exercise restraint.

Thereafter I returned to my house. Here Pandit Santa- nam and Sardar Sardul Singh Caveesher were waiting for me. We were talking when Sheikh Abdul Qadir arrived at about 3-30 P.M. He said that along with the funerals of the martyrs the mourning procession was ready. He said that It was necessary that the Muslim leaders should accompany the procession. Thereafter I joined the procession.”

When the procession was passing, some non-Muslims threw brick bats on the funeral procession. About this the Allama said:

“This wounded the susceptibilities of the Muslims. I cannot say whether there was sufficient police with the procession or not. I am absolutely unaware of the fact whether the processionists attacked any body. Nobody at all told me that any such attack had taken place/*

“On the 4th of May I was delivering a speech at Dabi bazar, when one cf the men in che audience interrupted to say that the Sikhs had Kirpans with them, but the Muslims had nothing to defend themselves. The Muslims should do something in this respect. The Muslim leaders in the legislature should get for the Muslims the permission to keep some arms with them for self-defence. I had never said that for this purpose the Muslims should form Jathas. The truth is that the common thinking of the Muslims is that to meet such exi­gencies they should have some arms with them.,,

Asked to give his general impressions about the riot the Allama said:

“All peace loving citizens of Lahore have been very much grieved at these events. After seeing the riots with my own eyes, doubts have crept in my mind whether we are at all capable to take charge of political institutions to run which honesty, tolerance and goodwill are basic prerequisites. But that is a different matter. Under the existing circum­stances it is the duty of every one of us to ensure that among the citizens of Lahore there are no longer the feelings of communal hatred, and that such feelings are replaced by feelings of mutual regard and good will.”

Asked about the steps that should be adopted in this respect the Allama said:

“In this behalf I made some proposals at the meeting which was held under the chairmanship of the Commissioner tiir office. For the restoration of mutual confidence, a change of hearts is necessary, and in this behalf the various communities should adopt concrete steps. Undoubtedly some time in needed for the change of hearts, but I am con­fident, and I have reasons to believe this that the leaders of various communities are anxious to achieve this object, and they will spare no effort to attain it”.

The Allama further suggested that the leaders of all communi­ties should meet in conference, and a devise some effective way of achieving Hindu-Muslim accord.