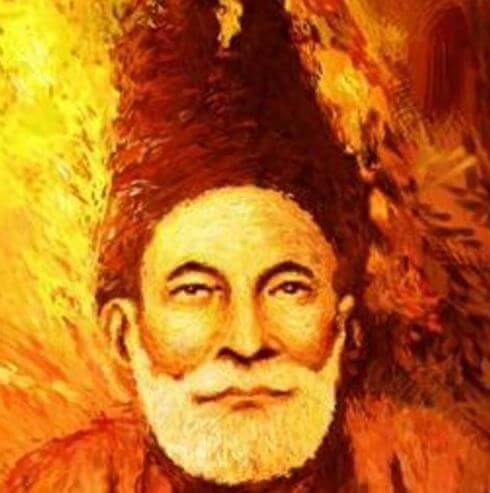 Against whose embellished writing are my such words of lament

Constructed of paper is the attire of the every image’s silhouette.

This opening verse of Ghalib’s Urdu ghazal divan, like every compliation of poetry, begins with an ode to God. However, Ghalib’s poem remain mysterious since it is clearly not a Hamd, but rather a discreet lament. One in which he is complaining of God’s neglect and indifference as his complains remain fruitless.

The second verse can be interpreted in several ways, but it seems another woe against the ephemeral nature of the world, where every creation seems to be wearing temporary attire of paper i.e. nothing is permanent except God whom Ghalib is complaining this. Another reason could be related to Persian tradition where certain men in courts (especially prisoners) were made to dress in paper clothes to face emperor, so they look weak in front of the grand ruler. If could also to ensure safety of the king so they can’t hide any weapon or use clothing as one.