Another Victim of the State – By F.Khan 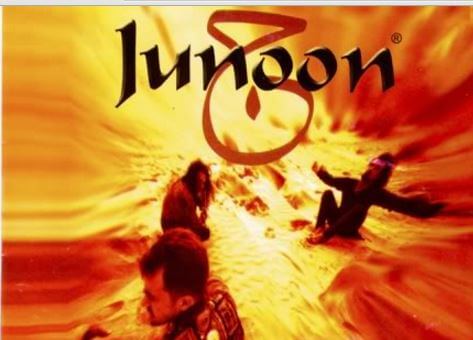 Another Victim of the State

There is no end to the insecurity the ruling elite constantly feels in the Land of the Pure. This vendetta against Junoon is a scintillating example of the rulers unquenching quest to become control freaks. First of all, the State has never supported the new genre of music that has blossomed in Pakistan over the past decade. There weren’t any subsidies doled out nor infrastructure built to help support the emerging talent (in fact, even the traditional/classical musicians haven’t received support). The bottom line is art is discouraged. That pop/rock music was given coverage on state electronic media was more a result of keeping the declining number of viewers hooked on local channels than an act of gratitude toward these new group/solo artists’. Recently, even this `privilege’ was taken back. Junoon specifically and pop/rock music generally, was banned from being aired on PTV under the government’s latest go at Islamization.
Groups, like Junoon, who went about defining their own music, had to conquer the minds of Pakistani listeners to become acceptable. I remember a poll in 1994 by MAG magazine in which Junoon was considered to be the worst band in Pakistan – primarily because of their unorthodox style of music. Today Junoon has become the leading sensation, listened to from the gut-wrenching heights of Siachen to the mystical darbars of Sindh. And recently it has spilled over Pakistan’s borders to the West and East. Junoon sings the voices of the discontent and disillusioned as well as for hope. Their stance on accountability of the politicians rather than elections put them in the bad books of the government.

The State, despite never supporting their efforts and struggles, today expects these bands to follow it’s defunct, corrupt and obsolete ideology. For some reason the rulers give the impression that they own Junoon. Regardless of what the members of Junoon said in India, the rulers of Pakistan have no [moral] basis to preach or ask for explanations. And on top of this, Junoon never said anything that deserves the treatment meted out to them.

To end this, Junoon are suffering the fate so many leading luminaries of Pakistan have suffered. They have become popular with the masses and represent Pakistan in a genuine manner – as a country with a rich cultural history and a history that deserves respect. Not a history of the narrow-minded rulers/bigots who select the more desirable occurrences of chronology that will contort to their even narrower outlook on life. These bigots routinely ignore luminaries like Faiz, and Dr. Abdus-Salam, who haven’t been given the respect they deserve. Like Javed Miandad who was unceremoniously dethroned without any shame on the part of those who took him out. Even Imran Khan who was somehow deleted from the Pakistan 1992 World Cup Cricket team squad! But the heartening fact is (or was) that these luminaries continue to represent Pakistan regardless of the injustices of the state. It is a tribute to them that they raise our hopes. Perhaps Junoon’s present victimization is the fruit of their continued allegiance to Pakistan.