The Shrinking Boundaries of Sikhism – By D. Mittar 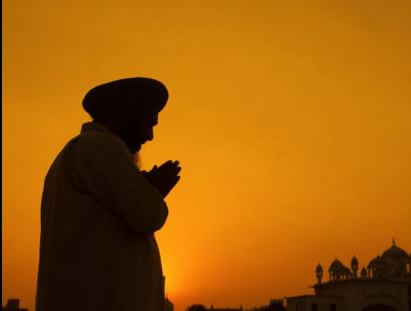 The attack on a Sikh temple in Vienna brings into focus the tensions that are being created in the community in the name of maintaining the purity of the faith. This trend towards exclusivism is unfortunate for the world’s youngest and perhaps the most tolerant of religions.
When Guru Nanak started

the Sikh faith, he spoke against empty rituals and opened his faith to all regardless of caste and creed. Of his two constant companions during his frequent travels, one was Bala, a Hindu of high caste and another was Mardana, a low-caste Muslim. This tradition was continued and expanded by the fifth guru when he compiled the Adi Granth (which, with some additions, became the Granth Saheb) in which he included the compositions of not only the Sikh gurus but also of several other saints and Sufis, such as Farid, Kabir, Ravi Das and Nam Dev.

Like in Islam, schism in the Sikh religion has been present since almost its beginning. Guru Nanak anointed his disciple, Bhai Lehna, as his successor (to be known later as Guru Angad) bypassing his two sons. One of his sons, Sri Chand renounced the world, became celibate and turned into an ascetic; some of Nanak’s disciples chose to follow him. Because of their austere practices, Sri Chand’s followers came to be known as Udasis, from the Punjabi word Udas (or sad). A small number of Udasi sect still exists, especially in places like Haridwar.

However, there was no violence between mainstream Sikhs and Udasis who coexisted peacefully. Indeed, the sixth Sikh Guru, Guru Hargobind, patronized them to the extent that one of his sons, Gurditta, also became an Udasi. During the seventeenth century when the Mughals were fighting the Sikhs, the Mughals looked towards Udasis with a degree of benign-ness with the result that some of them, known as Mahants, came to control many prominent gurudwaras, including the one at Nanakana Saheb, the birthplace of Guru Nanak.

During the Sikh rule in Punjab, the Sikh rulers gave Mahants large land grants and privilege who therefore became quite powerful and prosperous. Mahants who controlled lucrative Gurudwaras lost their ascetic-ness and became quite greedy and corrupt. When the Akalis tried to take over the control of the gurudwras from these Mahants, there were violent clashes resulting in many deaths, but eventually the Akalis were able to wrest the control of the gurudwaras from Mahants.

Udasis were not the only Sikh sect; there were several of them at the end of the nineteenth century, such as Sanatanis, Namdharis, Nirankaris, Sehjdharis, Amridharis, Nihangs and Tat Khalsa. This multiplicity of sects all called themselves Sikhs and nobody paid much attention to this phenomenon until the appearance of the Singh Sabha movement, which started in 1870s and spread all across Punjab, especially West Punjab, with great speed. The Singh Sabhas were against this diversity in the Sikh community; they believed Tat Khalsa to be the only true Sikhs and others to be adulterated versions.

Despite the growing influence of Singh Sabhas, the diversity among Sikhs continued for more than half a century after the start of the Singh Sabhas. Perhaps, the most popular of the diverse groups were the Sanatanis. They believed in the teachings of the ten gurus and accepted Guru Granth Saheb as the final Guru but at the same time, they also accepted the validity of the Vedas and some also believed Guru Nanak to be an incarnation of Vishnu, calling him the avtar for Kalyug. About half a century ago, the purists, who now controlled the gurudwaras through Shiromani Gurdwara Prabandhak Committee, decided to tighten the boundaries to exclude these Sanatanis from the Sikh fold. I remember a friend of mine receiving a letter from the Ottawa Sikh Society, stating that to be a member of the Ottawa Sikh Society, one has not only to believe in the teachings of the ten gurus but to also not believe in any other scriptures or deities. Indeed, the exclusion of’other scriptures’ even included the Dasam Granth, attributed to the tenth Sikh Guru which until then had, among Sikhs, a status exalted next only to Guru Granth Saheb.

Professor Harjot Oberoi is a Canadian Sikh who grew up in New Delhi. He was caught in the murderous attacks on Sikhs by revenge-seeking Hindu mobs after the assassination of Indira Gandhi. Oberoi had to hide in the house of a Hindu friend to escape from the killer mobs. From India, he went to Australia and did a study of religious identities, especially as it pertains to Sikhs. Some Sikh organizations in Canada had raised funds to sponsor a chair in Sikh studies at the University of British Columbia and, because of his reputation, Professor Oberoi was brought in from Australia to be the first chair of Sikh studies. He published the results of his research in a famous book, ‘The Construction of Religious Boundaries: Culture, Identity, and Diversity in the Sikh Traditionï’?.

Professor Oberoi diligently examined Census and other historical documents to show that religious identities in Punjab were quite blurred in the 19th Century. He observed wild swings in the Sikh population of Punjab from one census to another without any evidence of mass conversions from Hindus to Sikhs or in the opposite direction: This was possible, he concluded only if the same person would identify himself/herself as a Sikh in one census and a Hindu in the other or vice versa. People in the villages of Punjab were nominally Hindus, Sikhs or Muslims but they had multiple identities grounded in local, regional, religious, and secular loyalties and many definitions of what constituted a Sikh were possible. They worshipped at local dargahs, deras, mutths, etc. in addition to going to their respective places of worship. People, including Sikhs, were particularly attracted to the shrines of a Mulsim Pir, Sakhi Sarvar.

The book has proved to be a lightening rod for the purists as it did not correspond to the controlling Sikh orthodoxy. It has provoked fierce response from Khalsa-centric critics. There were demands by Sikh organizations to remove Prof. Oberoi from the UBC Chair. The Unviersity refused to oblige and the Sikh organizations withdrew further funding from the University.

The process of circumscribing Sikhism with ever tightening boundaries is not yet over. There is sometimes talk of tightening the definition even further to exclude those who have cut their hair or are not baptized as amritdhari. If the talk turns into action, this definition would exclude the overwhelming majority of modern Sikhs from any new definition.

There are serious long-term implications for the Sikh community of this crusade for purity. Sikhism is primarily a non-proselytizing faith although it accepts voluntary conversions. Historically, the Sikh community has grown, in addition to natural growth, through large numbers of Hindus voluntarily embracing the Sikh faith themselves or donating their sons to the Faith. This happened at a time when the boundaries between Hindus and Sikhs were not well defined and a Hindu could become a Sikh without renouncing his former faith. The sharpening of boundaries have made this ‘conversion without tearsï’? harder to accomplish. This shrinking of boundaries is also taking place at a time when the Sikhs are not only practicing birth control but also aggressively using their gender bias against female children. Shrinking boundaries could, therefore, also mean shrinking numbers in the long run.