Influence of Cryptocurrency on Global Economy: By Iqra Jamal

Influence of Cryptocurrency on Global Economy: By Iqra Jamal

Cryptocurrency can disturb the lives of people the same way cell phones and the internet are doing nowadays. Mobile phones had invented to minimize the physical gap between people by allowing them to communicate and interact across thousands of kilometers. Over time, it has transformed not only the way of communication but also every aspect of human life, from business to browsing. Likewise, the evolving technology of cryptocurrency is still unfolding, and we are not sure where it will lead us. However, it is certain that the future financial system and economic order will not be the same again.

Some claim that cryptocurrency will negatively affect the global market, while others argue that it will make it even better.

Some argue that cryptocurrency will adversely affect the global economy. The debaters primarily relate to its novelty and lack of trust among large users. Some also mention the absence of regulating authority and the high volatility cryptocurrency shows on regular basis. The developing economies will be affected particularly because intermediaries like banks will not remain a necessity anymore. Cryptocurrency, however, can maintain the financial system of developing countries at an unmatched rate because of risen transparency during transactions.

The corporates most likely tend towards cryptocurrency as it decreases regulatory oversight and supports them in business. A large number of users think of it as an easier way of transaction and trading. But the actual issue may occur with the transition. How swiftly or slowly we adopt this new technology-driven trading will decide whether it could benefit the global market or collapse it. Nonetheless, it will surely change the current financial system. Regardless of arguments, El Salvador became the first country to adopt Bitcoin as a legitimate tender in September 2021. Similarly, several other countries are either expanding or thinking of developing Central Bank Digital Currency. 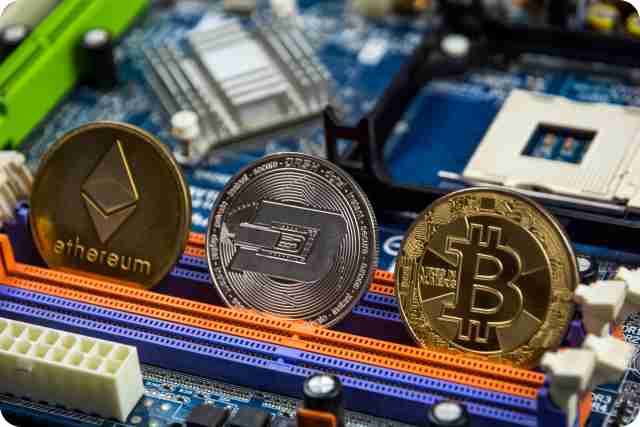 Cryptocurrency is a system denominated by digital coins to secure virtual transactions and purchases. Cryptocurrencies have based upon decentralized networks and blockchain technology. It is an across-the-board ledger administered by a diverse network of computers. Cryptocurrencies are typically not issued by any government authority, which makes them immune to government manipulation. Digital money can be traded through crypto signals and transferred worldwide at little or no cost.

Bitcoin was the first, most famous, and widespread blockchain-based digital currency. Currently, there are numerous alternatives for cryptocurrencies with multiple specifications, features, and functions. Some cryptocurrencies originated from Bitcoin, while others had established from scratch.

Some Attributes of Cryptocurrency are:

Difference Between Cryptocurrency and Regular Currency

1. Investing in digital currencies is highly secured and less risky than traditional currencies.
2. Digital currency does not have a definite proprietor, while traditional money needs political and financial regulators.
3. Market demand is the leading element of cryptocurrency.

The first reason financial specialists discuss is the complete decentralization. In Cryptocurrencies, there is no organization to monitor and protect the cost of money. The second reason they discuss is its volatility. The highly inconsistent crypto rates impede them from being used for payments. However, Microsoft (regardless of the volatility) allows BTC to pay for Windows Store and Xbox content. Besides, bitcoin is used more often for cross-border trades among counterparties from different countries. It is also widely used in global trade, purchases, and to pay distant workers.

How Cryptocurrency is Driving Political and Economic Revolution?

Cryptocurrencies and blockchain technology are transforming the current financial system, and the government cannot overlook the fact. At the start, cryptocurrency appeared to be a dubious scheme, but now many economic giants confirm that it can be employed in the banking system. However, in the absence of regulations to protect bitcoin, there is a danger of illegal activities arising in the market.

Cryptocurrencies are transforming the social, cultural, political, and economic life of humans. Digital currency is not becoming a replacement for real money, but it can become a catalyst for the institution of a new currency system. Earlier, governments used to ban or limit the use of digital currencies. But now many countries are positively inclined towards the latest technology. The global economy will revolutionize, and money will go into computerized savings. Investors are growing day by day, and resultantly, digital assets will get valued much more than today.

How Can Cryptocurrencies Elevate Global Economy and Create a Better Future?

Cryptocurrencies have long been debated and discussed, but they’re only now evolving into a financial tool that can be attainable to more than just die-hard connoisseurs. Cryptocurrencies will facilitate social and economic growth worldwide by offering smooth access to financial and banking services. Both Cryptocurrencies and Bitcoin are highly effective and steadily transforming the way the traditional banking system works.

1. A Profitable Overflow in Economic Activities

There is already an entire industry constituted around cryptocurrencies. International organizations manage and supervise all kinds of digital transactions taking place globally. The speed at which the cryptocurrency coin industry is expanding is world-shaking. Early investors are becoming rich overnight through opportunities to grow economically. One of the most famous cryptocurrencies, Bitcoin, has already enabled individuals and companies to develop and prosper financially. The global economy is gradually shifting to adopt cryptocurrencies which have a great potential in serving trading requirements.

More than 1.7 billion people have no access to banking services to assist them in a financial crisis. These financially disadvantaged people typically resort to dubious and unsafe loan lending practices. These practices cause instability for the people who asked for the loan. It is where cryptocurrencies step in with high volatility and easy use.

There are now numerous apps and applications that support the usage of cryptocurrencies and bring them to the large public. Another perk of cryptocurrency is that it is completely decentralized – promoting smooth transactions across borders. This technology will facilitate the global financial revolution to make everyone more financially connected, empowered, and equipped.

The cryptocurrencies don’t need an actual building to exist, so the charges associated with the transactions are minimum. There is no need for employee salaries, utility bills, or rent payments, so these savings result in lower transaction charges. In return, it inspires more people to believe in these latest financial means and start transactions. CryptoRocket, for example, offers customers to trade with no minimum deposit requirements depending upon the agent they pick.

Since all cryptocurrencies and blockchain transaction activities are automated and digitized, they get traced in a disseminated ledger. This system cannot be manipulated by either individuals or enterprises, the risks of fraud and corruption greatly diminish. It will let underdeveloped countries enter the financial transactions system and raise their economy to prosper socially.

Cryptocurrencies and blockchain technology can benefit entrepreneurs by getting paid in various currencies. BitPesa is a company that supports business owners in Africa doing financial activities with companies in America, Europe, and Asia. The aim is to assist small and medium businesses to get better financial coverage and a financial connection with the world. Through BitPesa and TenX’s digital wallet, altcoins can convert into fiat currencies that they can later redirect into online purchases, business investments, and payments.

The world is evolving and transforming into digitalization quickly. The rate at which cryptocurrencies are taking control indicates that conventional financial institutions can no longer exist. As there is a growing need to tear down borders for proper financial inclusion, this blockchain technology has every feature to address such barriers.

Over time, these cryptocurrencies and blockchain systems definitively interrupt our lives by shaping them for the betterment and economic growth. Millions of people can now invest and start businesses, transact across borders, and save money from these opportunities that cryptocurrencies bring to the table.