The Rise and Fall of Taliban – By Qadir Yaar Jhakar

Though Taliban are a part of history now but the devastation that occurred in Afghanistan will have a very negative effect on the lives of Afghani people.Taliban, in Urdu, means ‘those who seek’. The exact origin of the Taliban movement, however, is still shrouded in mystery. Although many books have been written on it, none have been published on the historical perspective of the Taliban movement. The most widely circulated theory is that the leadership of the Taliban emerged from among the disgraced young Afghan refugees, studying in the madrassas around Quetta and Peshawar. Pakistani officials claim ignorance about the presence of any Taliban or Afghanis in these madrassas.

The immediate cause of the rise of the Taliban movement is based on the fact that by 1992, the average population of Afghanistan was sick and tired of the civil war that had been waging for three years. About 50000 Afghans lost their lives in the struggle for power between Hikmatyar and Rabbani. The people had lost faith in their leaders who were making and breaking alliances overnight. Their bitterness towards their leaders increased as they saw no end to the wanton killings that were being perpetrated in their country Moreover, famine conditions were adding up to the anger building up against the ‘Afghan leadership ’. Their population was decreasing with the passage of time, because they were unable to control the loot and plunder that was taking place inside Afghanistan. The most, affected place was Kandahar, where lawlessness had spread to such an extent that shopkeepers could not keep their goods inside shops after dark. They used to sell all their goods, as they feared bandits would loot them if they were left unattended after sunset. 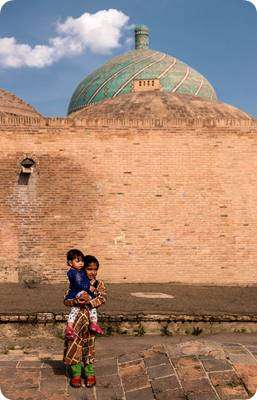 The commander Nadir Jan, Saleh Mohammad and Doro Khan had bases in Kandahar, Herat Road, near Mullah Omar’s village. They were known to be abducting and raping women. In July 1994, Commander Mansoor, one of the fighters, kidnapped three women who were later gang raped and killed. This sent a wave of indignation through the locals in Kandahar. Stories were afloat of tank battles between commanders over the possession of handsome, young boys. A marriage between two boys, celebrated with great deal of jubilation in Kandahar aroused bitter feeling among the leaders of deem madrassas or religious seminaries. This enraged Mullah Omar who was a leader of his village. He went to see Commander Mansoor where he killed a local chief, after an argument on the marriage of the two boys. Mullah Omar managed to escape and collected his followers against war lords as well as local chiefs. Mullah Omar gathered religious students from Madrassas and named his group Taliban. The education which the Taliban were receiving in the Madrassas from semi-educated maulvis, however, converted them into religious fanatics. They were made to believe that none of the leaders was sincere about the establishment of what they believed to be a truly Islamic state in Afghanistan. They were told that the struggle between Rabbani and Hikmatyar and others was about grabbing power rather than establishing peace in the country. They came to the conclusion that neither Dostam nor Ahmad Shah Masood, who was in control of Kabul, had shown any evidence of changing the social conditions.

The murder of Herabi family on September 20, 1994 added fuel to the already raging fire, when the family was stopped at a check post, 90 kilometres short of Kandahar, by local mujahideen bandit. The men and women were separated. The boys were taken away and molested. The girls were raped until they became unconscious. Later, all of them were killed and their bodies partially burnt. It was Mullah Omar who was the first to arrive on the scene. He gathered 80 of his men who helped him in collecting the bodies. These were washed and given a formal burial. This started a campaign to get rid of these criminals.

Taliban started as a good movement, but they strayed from their true path, a path of prosperity and social reforms. They rejected the education of girls, closed down universities, banned television and even kite-flying. Every man was forced to sport a beard. Not only all over Afghanistan but also in Zhob (Pakistan), where Taliban raided the shops, hotels and vehicles and forced people to break all the audio and video cassettes. Public executions were an everyday event and the football stadium was turned into an execution centre.

Mullah Omar started sheltering terrorists. All of the most wanted terrorists took refuge in Afghanistan. It became a terrorist breeding camp and also the birth place for heroin. Heroin around the world was mostly supplied from Afghanistan.

The world leaders were putting up with the Taliban since 1994 when they came into power. But the US lost its patience on 11th September 2001 when the most wanted terrorist attacked WTC, killing 5000 people, including 1000 Muslims from all over the world. He had his camps in Afghanistan and enjoyed the hospitality of Mullah Omar.

US could not bear it any longer and it attacked Afghanistan. Taliban and Bin Ladin resisted US, bombing only for 32 days and then they surrendered. Many lives were lost but the two main culprits are still on the run. They called themselves true warriors and started Jihad using Islam as a shield to fulfill their own plans. But Allah Almighty heard the prayers of Afghani people and Taliban are a part of history now, and they are gone, never to return.