Tesla has announced a new division of its motor company, but this sector is focused on batteries, not electric cars.

The home battery market is apparently preparing to go mainstream, especially in the U.S. where solar panels are becoming a common home feature. That makes Tesla Energy’s new Powerwall even more useful, both as a battery storage device for blackouts, but also for charging electric cars or going completely off the grid.

Powerwall will be available for $3,000 for 7kWh or $3,500 for 10kWh – enough to keep a good amount of energy for on peak hours. This could lower costs by a couple hundred per year, and if solar or wind energy is included it could save homeowners thousands.

Tesla Energy will allow up to nine Powerwall’s in the house, meaning three or four could be fitted at once to make the house go fully renewable. As long as the sun is shining or the wind is moving, it shouldn’t be a problem for a household to maintain enough energy. 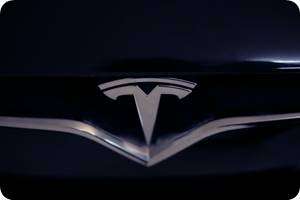 Since Tesla is also connected to SolarCity through Elon Musk’s position as chairman of SolarCity, we might see some partnerships to supply both. Already if a customer buys a solar panel they get a free Powerwall, a prime incentive to pick some panels up and go completely off the grid.

Even though the electric car market is somewhere Tesla Motors can make millions, home batteries are another huge business. If people go fully renewable, it could mean Tesla Energy is supplying the battery units for millions of Americans, and these batteries need to be refreshed every 10 to 15 years.

Add into that Tesla offering other payment options through monthly payments, insurance or fitting, and this could be another billion dollar business. That’s before we even take a look at Powerpack, Tesla’s “infinite scaling” energy storage for utilities, businesses and public buildings.

Walmart, Target, Amazon and a flurry of other companies are already working with Tesla to use the Powerpack. The commercial impact of business grade storage is much higher than consumer as well, considering the price of the Powerpack, the long term assurances and the partnerships for Tesla.

Tesla will launch the Powerwall in the coming months, with plans to make it available globally later in the year.