The Internet, Courts and The Past Ghosts 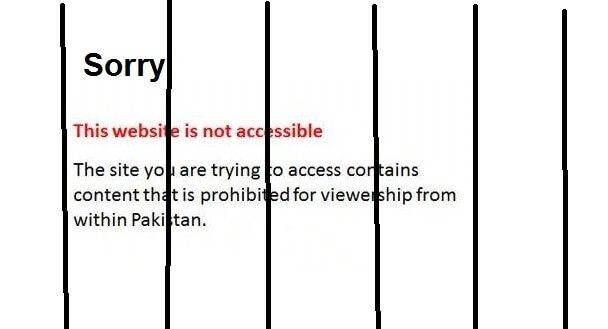 The courts in Pakistan recently ordered the Pakistan Telecommunication Authority to ban a total of 17 internet sites that have offended the principles of Islam and to censor 7 other sites.

The unsaid reasons behind the recent judicial activism against internet in Pakistan. The courts in Pakistan recently ordered the Pakistan Telecommunication Authority to ban a total of 17 internet sites that have offended the principles of Islam and to censor 7 other sites for similar indiscretions. There could be many arguments for and against this decision, but there needs to a logical reason which can explain this act of the courts in Pakistan.The proper function of the courts is to decide the law and to offer justice where injustice has been committed and it is not to legalize morality. The banning of the internet sites by the Pakistani courts bespeaks of a mentality, which still clings to the notions of an intellectual insularity. The ban is not so much as about protecting Islamic principles as it about the act of censorship designed to resist the free flow of information. This singular act and the ones before it, which have sought to curtail access to the internet in Pakistan hint towards a sense of insecurity in the centers of power in Pakistan.

One of the most under-appreciated realities of the Pakistani life is the silent technological revolution that is presently underway in Pakistan. The access to technology has enabled a political awareness in Pakistan, but more crucially, it has allowed for the effective coordination and dissemination of a social grass-roots movement that offers the first signs of a political resistence against “business as usual” in Pakistan. Pakistan is a very young country in terms of the demographics of age and the people who are the most technologically contected and networked are the young people of Pakistan.

These are the dissatisfied future generations of Pakistan and they are really not happy with how their future is being scripted by politicans, generals and mullahs and bureaucrats in power. This generation does not have the option of leaving Pakistan, because they do not have skills to compete in the global economy and also, they are living in a time, when Pakistan is in the eye of an international hurricane. They have realized that things have to change for the better and they are determined to change the things for the better because there is no other alternative available to them.

This is a generation that is highly questioning of the mantras of power and demands answers to its questions. They do not believe the fiction lipped by the state and they have grown disenchanted of the fantasies promised by the politicans. This is a generation bred in hardships of a lawless society and tampered by the reality of living in a state of denial in Pakistan; denial of clean drinking water, schools, jobs, law and order and simple human rights and the denial of a future.

The Pakistani court’s internet ban has to be seen within this context. The Pakistani state has become dystopian and is increasingly incapabable of servicing the needs of its citizens. The real idea behind internet ban is to stop the flow of information and awareness that can hold the state accountable for its failure to provide for its citizens. It also means that state is increasingly troubled by the ideas of justifying the lies it has trotted out for the last 60 plus years and contradictions it has created for itself by rationalizing falsehoods on the basis of half-truths.

Implicitly, it also suggests a poverty of ideas and the failure of the religious right in Pakistan to offer a more meaningful option to the Pakistanis. It shows the insecurity of the Islamic thought in Pakistan that its logic of Islam, based on the dogma of unquestioning obedience, cannot withstand the rigors of a critical dissent. The access to the internet allows for an intellectual premise to the challenge the very basis of Islamic monopoly of virture and morality, which have been self-arrogated by the religious parties in Pakistan. The unfettered access to the interet does not threaten Islam, but it does severely threaten the faux-interpretations of Islam, which the religious parties in Pakistan have created in order to maintain their guardianship of Islam and their instrusive forays into political power.

Why did the courts pass this ban? Simply because it offers the government the fig leaf of banning dissent by saying its only following the orders of the court and is not seen as enforcing censorship on free expression. Secondly, it should be remembered that courts have always been the hand maidens to political oppression in Pakistan and given the choice of standing for law and justice or for the preservation of their own interests in the Pakistani system, they will always opt for the latter. The judicial activism of the Pakistani courts is a farce, because their legal judgements have always dispelled their true intentions.

The more insecure the state and its minions become, the more curtailment of dissent and political and individual rights we should expect in Pakistan. Therefore, the court decision banning internet access to certain sites is not an oddity but a regressive desire to hold back the tide of time and progress. Hence, it will fail as all such endeavors in the past have failed to stop the march for equal rights and for freedom from oppression in Pakistan.