Economic and Political Governance in Pakistan in 2021: By Raza Rumi

Economic and Political Governance in Pakistan in 2021: By Raza Rumi

Pakistan’s governance remains an enigma for most observers. Beset by serious security challenges and demographic transformations, the unreformed state structure finds it difficult to manage and supply basic public services such as security, public safety, health and education. At the same time, Pakistan’s progress on institution-building has been noteworthy especially in terms of deepening the ongoing democratic transition and strengthening of national civilian institutions. Pakistan’s complex federal arrangements make the task of governing even more problematic as the central or federal government has limited influence on basic citizen services and entitlements according to the amended Constitution of 1973.

In 2010, Pakistan’s Parliament enacted the 18th Amendment through which policy mandates on health education, women’s development, environment etc. were devolved to the provincial governments. The federal authorities do have the responsibility of governing the troubled federally administered tribal areas (FATA), the Pakistan administered. or Azad Jammu and Kashmir (AJK) and the disputed territories of Gilgit Baltistan (GB). Given the unresolved status of these areas, the scope of self-government is either limited in powers (e.g. GB) or virtually absent (e.g. FATA). The operations of law enforcement agencies and limited application of fundamental rights in such regions have virtually denied citizenship to the local population.

The World Bank’s governance index places Pakistan at 23 while India is ranked at 47 and Bangladesh at 22. Pakistan is the lowest in terms of political stability and the impact of violence/terrorism. In terms of government effectiveness – key to providing services -Pakistan’s ranking is quite low. Similarly, in maintaining rule of law and controlling corruption Pakistan’s ranking is below par.

Nearly 25 million children are out of school and only 60% access public health systems and that too at a basic level. A majority of Pakistanis use costlier private health services, which deplete their incomes and often push a large segment of population into cyclical poverty. The key reason for Pakistan’s service delivery gaps is weak or dysfunctional governance systems. The billions of dollars invested in social services (both locally raised and via international aid) have not produced the expected results. In recent years however, the private sector and non-governmental organizations (NGQs) have attempted to fill in the huge demand for basic services. For instance, in Pakistan’s most populous province Punjab almost 50% of children attend better quality private schools given the premium placed on education by the families. Similarly, varying private healthcare services cater to the health needs across the country.

In addition to social services and ensuring food security, the issue of unemployment perhaps remains the most formidable challenge. It is estimated that in the coming years over 3 million jobs would be required to absorb Pakistan’s young population. Demographic transformation in the last decade or so makes Pakistan a country of the youth where 69% of the population is below the age of 30. Skill enhancement and training of youthful work force is another service where the state facilities do not cater to even 4% of the population. Pakistan has the potential to be an exporter of skilled work force in countries with ageing populations, but this requires investment by the state, out-of-box thinking by the administration, public-private partnerships and better management and governance of education and health sectors.

A population growing at a rate higher than 2 % per year also demands access to vast reservoirs of water while it puts pressures on the energy capacity and existing civil infrastructure of the state. Pakistan has had no civil service reform since 1974. Gen. Musharraf during his tenure (1999-2007) introduced key changes in the administrative services and also introduced a radical local government program, which was reversed by the elected political elites in 2008. The present structure of civil service has failed to deliver the basic entitlements due to the citizenry. The top-down process of recruitment, training, career advancement. monetary compensation, the structure of national. provincial and district governments and their operational processes all require emergency reform. There is much resistance to that by key power-wielders as the status quo suits the patronage based electoral system and retention of privileges for elite civil service cadres.

What are the obstacles to change?

Since the constitutional changes in Pakistan, the major share of federal taxes is transferred to the provinces. Provinces still have underfunded mandates and their own tax collection is abysmal. In most cases. the share of provinces in their expenditures is minimal. At the central level, the national debt, defence spending and civil administration consume nearly 80% of budgetary allocations thereby leaving little resources for development expenditures. At the provincial level. oversized bureaucracy implies that most of the resources are diverted to paying salaries leaving extremely limited budgets for non-salary expenditures that can buy blackboards, medicines, and necessary equipment for the police. For instance, the police stations receive negligible budgets for essential provisions including the much needed costs for investigating cases. •

Provinces are now in the driving seat of public .policy. However, the capacity of provincial departments is weak at best and it would require a decade of concerted effort to build the required human resources for them to deliver on their mandates. This is compounded by the fact that since 2008 Pakistan has had no elected local governments. Unelected officials of the state manage services and remain unaccountable for their official conduct.

Corruption has also contributed to eroding the capacity and legitimacy of state. Corruption is prevalent at two levels i.e. systematic and individual. Systematically. there are rampant inefficiencies fueled by corrupt practices across the organization at all layers of the operations. There are discretionary funds and quotas at the disposal of governing authorities for providing access to infrastructure. services. and economic opportunities to the people. Those in the position of authority, thus, provide rents to select few at the expense of the majority with terrible cost to the national exchequer. Individual decision-makers take advantage of their position and indulge in financial malpractices and nepotism for personal gains. 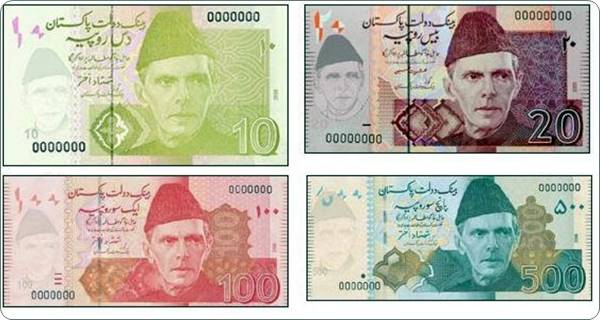 What are the drivers of change?

In the recent years. Pakistan has seen growing assertion of parliament in restructuring governance patterns. Learning from the earlier decades of political bickering bipartisan mechanisms were devised for deciding on major appointments such as the Election Commission and considerable powers and resources were shifted at the subnational levels. This process has slowed down in the past two years and would need a renewed momentum to achieve better governance outcomes at the local level.

The judiciary since 2007 has also emerged as an alternative power centre challenging the conventional dominance of the executive controlled by the civil-military bureaucrats. In the last few years. the judiciary has checked corruption. taken notice of human rights abuses and checked excesses by the executive. However, the record has been mixed and the district level judiciary has yet to discharge its functions in an efficient and effective manner. Over 1.2 million cases remain pending in the courts.

After years of censorship and state-sponsored controls. Pakistan’s deregulated media especially electronic media, has emerged as both a means of public accountability and information. This has deeply altered the way power is exercised and negotiated in the country. In sync with a robust civil society and citizen voice through social media and community-based organizations. Pakistan’s executive does not have the conventional dominance any more. These changes are new and it is early to assess their effectiveness but there is greater scope for accountability of power-wielders, service providers and policy makers.

Perhaps the greatest impetus of change is coming through the rapid rate of urbanization that increases the expectations of citizens from the state and generates newer dynamics for citizen-state relationship. More than half of Pakistan’s population now lives in urban conditions and this has resulted in a greater demand for accountability and better governance. If one adds the youth bulge to this transformation then the pressure on the old. unreformed state is mounting and the elected representatives since 2008 have been attempting to respond to these newer realities of Pakistan’s society.

Democratic governance must be improved for greater citizen trust in the state. For this to happen, all the political’ parties would need to undertake internal reform and improve the electoral system. At the same time, the functioning of parliamentary oversight mechanisms such as’standing committees and public hearings would need strengthening. This is only one segment of the much-needed democratic culture. The absence of local governments. now being addressed by provinces after much delay. has marred the way services are delivered.

Pakistan’s federal structure is undergoing a major shift. Whilst the Parliament has given more powers to the provinces. there are demands for further autonomy. In Balochistan, there are armed groups calling for independence and the issue of sharing natural resources with the centre are unresolved. Much of Pakistan’s history has comprised negotiating the federal arrangements. In 1971, there was a breakdown of compact between Pakistani state and the Eastern Wing (now Bangladesh). In view of such a turbulent history, it is imperative to address the arrangements, which are commensurate with country’s diversity and subnational aspirations.

Almost half of Pakistan’s territory is ‘ungoverned’ in the formal sense. Regions such as FATA, GB etc would• require ‘mainstreaming • with adequate self-government arrangements that ensure improved service delivery and citizen voice. Even the Balochistan province dogged by an insurgency has police operations only in 5% of the territory. The rest of the province is governed by tribal administration arrangements, which are outdated and irrelevant given the needs of the population.

The menace of corruption requires effective accountability institutions. The National Accountability Bureau (NAB) has been functioning in an uncertain manner due to frequent changes in leadership. Similarly, the province level Anti Corruption Establishments (ACE), are ineffective in tackling issues of malfeasance and leakages. The offices of Ombudsmen at national and subnational levels require strengthening and increased powers to summon executive officials and hold them accountable for maladministration.

Other measures improve governance include ending discretionary laws,providing immunity to whistle-blowers, strengthening the Right to Information laws among others. Above all the long-delayed civil service reform and improvement in internal accountability procedures need to be established to improve the way state delivers basic entitlements to the citizens.

Pakistan’s future path is contingent upon major reforms to enhance the effectiveness of the state in providing security and services and rebuild trust in the citizenry. That is the real challenge ahead.