Do you want to earn Chinese? By Danyal Gilani

Do you want to earn Chinese? By Danyal Gilani

There is a lot of truth in the saying “Learning Chinese is the work of men with bodies of brass, lungs of steel, heads of oak, hands of spring steel, hearts of apostles. memories of angels and lives of Methusaleh ” Chinese is a difficult language, arguably the most difficult language for a foreigner to learn.

For a foreigner intending to learn Chinese as a second language the challenges are numerous. It is a daunting task. Learning Chinese is challenging for a non-native speaker. It is definitely not a language to be learnt at home on your own no matter how many audio visual aids are available.

The path to learning Chinese is strewn with myriad difficulties beginning with mainly (though not only) the script. To aggravate matters further the language is devoid of any alphabet. Instead there are many thousands of characters primarily in shape of pictographs and pictophones based on pictures and images of things which are required to be painstakingly remembered one by one. 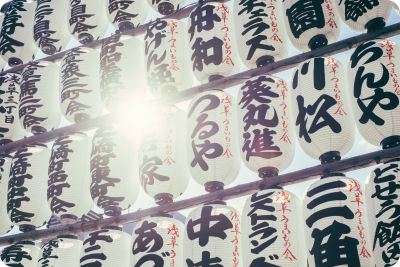 Even the natives spend years learning to read and write their mother tongue. Due to this unique nature of the language hardly anyone can make a claim of being able to fully read and write it. especially the traditional characters. lt is believed that there are over 80,000 Chinese characters in traditional Chinese having evolved over last few millennia. Each Chinese character signifies one syllable and combinations of two or more characters form words.

Chinese is a very old script, starting from earliest systemic form of Chinese characters inscribed on oracle bones since about 3300 years ago. However, in 1950s, as part of their reform process and to increase literacy, the new leadership of the People’s Republic of China undertook the cumbersome process of systemization, simplification and standardization of Chinese characters, after which several thousand of the most complex characters were abandoned while few thousand others were simplified.

In 1988 a list of “Generally Used Chinese Characters in Modern Chinese” was officially released by the Chinese government which contained 7.000 characters. Out of these 3.500 are the most frequently used ones. Consequently the new revised Mandarin script used in mainland China and Singapore today is called Simplified Script, whereas in Hong Kong, Macau and Taiwan the old Traditional Characters (prejudicially called ‘proper Chinese script by Taiwanese) are still used. Some argue that simplification has actually made learning of Chinese more difficult, because simplified Chinese characters have done away with many rules and the traditional essence of the script has been compromised. They argue that the traditional Chinese script was more logical for people to follow. In fact many professionals teaching Chinese as a foreign language teach their students the traditional script before simplified characters to show how Chinese characters were formed and evolved.

For a foreigner venturing into unfamiliar Chinese waters, it is rather intimidating that even these simplified characters are so complex. Keeping this difficulty in view a parallel Roman alphabet phonetic script called Pinyin was invented in the beginning of the 20th century. This by no means is a replacement of the Chinese writing system but merely a learning aid. Later in the 1950s the current Chinese government introduced simplified Pinyin. which is now used in Mainland China and Singapore. This is a universal system and every character is written in a standardized way. The Pinyin used in Hong Kong arid Taiwan is different and is believed by some scholars to be a more accurate depiction of sounds and tones of various dialects of Chinese language.

The second difficulty in learning the Chinese is that everything foreign has to be Sinosized to speak. There is hardly a word of any foreign language which is used in Chinese as it is. Even proper nouns like names of countries. places and people have to be converted to Chinese. The reason for this is again the script. It is difficult to find exact replicas of sounds and meanings of foreign words in Chinese characters. Therefore. there are two approaches to translate foreign words into Chinese. One is the phonic way. like Pakistan is called Ba JiSiTan. The other is through the meaning. for example United States of America is called Mei Guo. beautiful country. Even China is not China in Chinese. It is ZhongGuo, the Middle Country.

Writing Chinese is a bigger challenge than reading. Even with characters which one can recognize or comprehend, it is quite a task to write them. This needs extensive practice. These characters are written in the size of equal invisible squares. The complex ones have several strokes squeezed into that invisible square. while simple ones are written bigger so that they remain equal to the others.

Each of the thousands of Chinese language characters has its own specific well defined stroke order. Without following this stroke order it is not possible to write them with fluency. If a character is written by hand without following proper stroke order, there is a chance that native Chinese may fail to comprehend it or even take it as an altogether different character. Some of the basic rules are to write from left to write, from up to down and first inside then outside.

It is however interesting that though the Chinese script, unlike the alphabetical languages. gives little idea to a reader about the way it is spoken. it may give some idea about its meaning. For example all Chinese characters related to water have a water radical in them which is written as three water drops on the left side. Similarly two drops on the left refer to frozen water, and four drops antic bottom of a character show that it has some link with hot water.

Speaking and listening comprehension of Chinese is also a challenge because Chinese is a tonal language. There are four tones. The wrong tonal effect can change the meaning to the extent that sometimes it may even become exactly the opposite Of what it stands for. For example Shu signifies a book, but it can also mean comfortable and vegetable. Given a different tone. the sound also means to relate, the Aurora. to be accustomed. or rodent mouse. It also expresses the loss of a wager. In such cases meaning is understood through the context in which the word has been used. Due to this a new speaker has to be very cautious to avoid the pitfalls of saying or understanding things wrongly.

All languages have homophones but in Chinese they are in abundance. The Cihai dictionary lists 149 characters representing the syllable “Yi.” Many Chinese take great delight in using large amount of homophones to form puns which have become an important component of the Chinese culture. For example ‘star’ and ‘gorilla’ are called Xing Xing having same sound and tone. Similarly two entirely different words pronounced as Beiju mean ‘tragedy’ as well as ‘cups.’ The list goes on.

A combination of these challenges gives rise to another unique challenge for a new learner of the language. especially those who go to China. One has to start building vocabulary literally from scratch. There may be a handful of words which could be comprehended at the outset but the rest have to be learned. In comparison, for example. if an English-knowing foreigner comes to Pakistan, he would have an initial vocabulary of at least a thousand words. These are the English words we commonly use in our everyday life.

Going through the initial stages of Chinese learning one expects things to become easier for a learner but in fact for quite some time. at least throughout the intermediate level one needs to actually increase the amount of input towards learning Chinese in order to push through the advanced level.

But this is just one side of the story. This does not mean that Chinese is impossible to learn. One just needs to get formal education in its learning. Chinese grammar is quite easy and with a bit of tutoring. and by relying on Pinyin, foreigners can learn to speak good Chinese.

Some argue that Chinese is actually objectively easier and more logical than many languages. Their contention is that rather than having completely different words for related concepts, one character in Chinese represents a concept that is used in a huge number of multi-syllable words. Similarly there are no conjugations, no tenses, no cases, no plurals, no genders and no long words in Chinese. And if you want to impress native Chinese with your command over their language. you need not speak any complex words. Just speak words with proper tones and they would hold you in high esteem even if you do not have an extensive vocabulary. Many educated Chinese people envy that that foreigners spend few years learning the Chinese language and can speak just like Chinese, whereas most Chinese cannot speak as good English, despite putting in years of hard work.

So if you want to learn Chinese by all means go ahead. There is an ancient Chinese proverb that says “Journey of a thousand miles begins with a single step.” It is the language of more than a billion people. In addition there are Chinese people living in every major country of the world and knowledge of Chinese is quite useful in making new friends.