US – Iran Relations: Implications For Pakistan And Way Forward By Khalid Rehman Yousafzai

US – Iran Relations: Implications For Pakistan And Way Forward By Khalid Rehman Yousafzai

US Iran relations were very cordial during the regime of Shah Mohammad Reza Pahlavi. During that era Iran was one of the United State’s closest allies[1].  A dramatic reversal took place b/w US-Iran relations after the 1979’s Iranian Revolution[2]. Following a series of minor and major events, US imposed embargo on trade with Iran in year 1995[3]. In 2015 the United States led successful negotiations for a nuclear deal, called the Joint Comprehensive Plan of Action, intended to dismantle Iran’s nuclear weapons capabilities, and when Iran complied in 2016, sanctions on Iran were lifted[4]. In 2018 US backed off from the nuclear deal resulting in tensions between US and Iran, which created an environment of unrest and uncertainty threatening the peace and security of Middle East and South Asia. Even, Joe Biden administration has not shown any worth mentioning progress towards betterment of US-Iran relations.

Pakistan being an immediate neighbor of Iran cannot stay safe from the ills of increasing US-Iran tensions. Already facing severe economic challenges and menace of hybrid warfare, Pakistan is not in a position to bear the brunt of such tensions in its immediate neighborhood. US-Iran standoff will destabilize the entire region, will affect the security and economic situation of the entire region including Pakistan.

Above in view, there is a need to analyze US-Iran relations with emphasis on its implications on Pakistan and suggest measures to evolve a befitting national response. 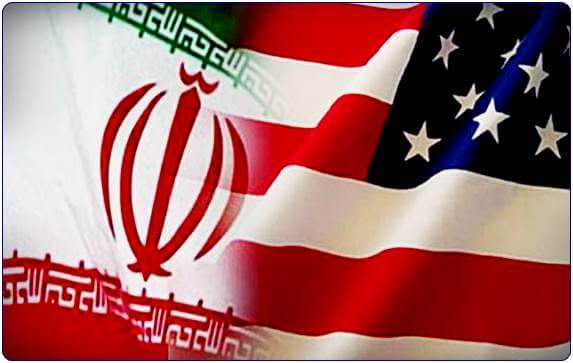 The US backed Monarch Muhammad Raza Shah Pahlavi was overthrown by Islamic revolution of 1979. He was replaced with Grand Ayatollah Khomeini a leader of one of the factions in the revolt. The new leadership of Iran started a non-aligned foreign policy, with a slogan of “neither East nor West, only Islamic Republic”. Internationally, the initial impact of the revolution was immense. Iran was subjected to difficulties at international level in its relations with some Western countries, especially the United States. US, under the presidency of Bill Clinton, tightened the constant unilateral sanctions against Iran [5].

Seeing Iran’s weaknesses and difficulties, Iraq’s ruler Saddam Hussein, saw an opportunity to send its forces across the Iranian border with a view to effect regime change. Two factors motivated Saddam to invade Iran: first was US encouragement and second was his fear that the Islamic revolution would infiltrate into his country and threaten his rule by insinuating itself into Iraq’s majority Shia population. The war brought more unity in Iran and Islamic revolution further consolidated itself. Neither side could win a decisive victory[6].

Unable to achieve desired results out of Iran-Iraq war, the disappointed US, on its inability of destroy the Islamic revolution, took incremental measures to fence Iran from all around[7]. Thus US and his allies were able to isolate Iran internationally and put it under immense pressure, nevertheless they could not intimidate the Iranian leadership and society to submit to the foreign will. Under difficulties and isolation Iran learnt how to live within its resources and developed national unity. Due to sanctions, Iran had little access to international arms market which further stressed its security. This persuaded Iran to compensate non availability of arms and conventional military weaknesses by initiation of efforts to build up asymmetric military capabilities.

Having faced the brunt of Iraq’s Ballistic missiles during the war, Iran started developing its own ballistic missile program. It also provided Iran with a reliable deterrent against Israel. Iran started its efforts to seek alternative international partnerships and proxies for its security and protection against external threats. Tehran names its “forward-defence” policy; an effort to exploit weak states, such as Lebanon and post-2003 Iraq, where it can meet its enemies on the battlefield through proxies without direct harm to Iran and its people. Iran’s this defensive policy is seen by its adversaries as an offensive policy  aimed at spread of revolution in the region.

Besides making efforts to diversify her economy, Iran also tried for self-reliance in security by growing nuclear program. Inspite of extreme international pressure, it kept accelerating the development of its nuclear capability. In order to contain Iran’s nuclear capabilities, Obama administration chose to carry out negotiations that led to the JCPOA[8].

In 2015, Iran agreed a long-term deal, also known as the Joint Comprehensive Plan of Action (JCPOA), on its nuclear program with a group of world powers known as the P5+1 – the US, UK, France, China, Russia and Germany[9].  It guaranteed the containment of Iran’s nuclear ambitions and compensation by relieving sanctions[10]. Iranian leadership believed that US was on its way to accept Iran in a later timeframe instead of seeking its destruction. As a result Iran’s ability to make nuclear bomd was curbed and enrichment capacity, enrichment level and stockpile were limited for specific durations. Before the agreement, Iran had about 20,000 centrifuges; under the agreement, it can have no more than 6,104 older-model centrifuges at two inspected sites[11]. As per agreement, Iran’s Arak heavy-water reactor facility instead of reprocessing weapons-grade plutonium would host peaceful medical and industrial nuclear research. Iran agreed to halt uranium enrichment at its Fordow site, convert it into an isotopic research centre and allow inspections of key nuclear facilities by the International Atomic Energy Agency[12].

Prior to the agreement, Iran was believed to be only two or three months away from being capable of making a nuclear bomb. But after the accord, it would have taken an year to make the weapon. Some parts of the agreement were controversial for example the restrictions on Iran’s centrifuges were to be lifted after the eight years and restrictions on its uranium enrichment and stockpile size would have had expired after 15 years. Some critics believed it would have been possible for Iran to go back on the nuclear path around the mid-2020s[13].  However, inspite of all its drawbacks, JCPOA was able to stabilize the situation in the region to some extent and peace prevailed for at least four years.

On May 8, 2018, United States withdrew from the Joint Comprehensive Plan of Action (JCPOA) on the plea that Iran was violating the spirit of the deal and it was developing weapons of mass destruction under the cover of the deal [14]. As per US, Iran was not an ally and it was working against US interests in the Middle East.

A year after US withdrawal from multilateral Joint Comprehensive Plan of Action (JCPOA), President Donald Trump attempted to increase pressure on Iran’s crippled economy by sanctioning its steel, aluminum, copper and iron sectors, which are major contributors to Iran’s earnings. US President threatened to increase the pressure if Iran did not change its behavior[15].

US deployment of an aircraft carrier and B52 bombers to the Persian Gulf and withdrawal of all non-essential staff from the US Embassy in Baghdad has lead to a standoff in the Gulf [16]. The Abraham Lincoln has a wing of warplanes and 3,000 sailors aboard and is accompanied by the USS Leyte Gulf, a guided-msl cruiser, and four destroyers: the USS Bainbridge, Gonzalez, Mason, and Nitze[17]. In addition to above mentioned steps, US officials are floating military options to deal with Iran involving 120,000 soldiers and cyber attks to shut down the country’s power grid etcetera,[18] whereas Iran retaliates by giving strong counter statements.

EU[19] and other countries in the regions have urged US not to go to war with Iran, rather re-establish the nuclear deal, which is the only way forward. However, some states in Middle East[20] have interest in US-Iran war and are instigating the US to increase the pressure on Iran. This all is further worsening the situation in the region.

Implications on Security of Pakistan

US-Iran standoff will bring along a host of problems for the entire region especially Pakistan. It will affect the security, economy and environment of the entire region. CPEC will be tgt openly or covertly and attempts will be made to worsen the law and order situation in Pakistan. In order to deal with these threats, nation, its leadership and security forces need to stand united and present an integrated response. Avoiding direct involvement in the conflict and attempts of mediation must be essence of our approach.  Though, coupled with our intricate economic conditions, US-Iran standoff will bring us in direct confrontation with numerous problems, however, measures recommended above, if implemented in true letter and spirit will facilitate us in combating the challenges in a befitting manner and enable us to ensure the safety and security of Pakistan.