Our home in Lahore, finding our ancestral house – By Sudhir Vohra

On Our first morning in Lahore. Indrani and I were up earlier than our hosts — a family known to a friend of a friend in India. We didn’t want to be late for breakfast, and nor did we want to miss a minute of the 42 hours we would spend in the city. Our visa was valid for only three days—and the fourth ODI with Pakistan was a match we did not want to miss.

At the same time, we needed to find the time to look for my parents’ homes. Both mother and my late father moved to India in 1947, having spent their childhood and college years in Lahore. Mother grew up in a house that my great grandfather – an engineer with one of the kingdoms—had built in 1930. My father spent his youth in a place then called Garden Town, then a suburb of Lahore.

While our host’s family sat down for their morning cup of tea. we chatted about the day’s programme. It was Sunday, March 21. the fourth ODI in Lahore would begin at 2 in the afternoon. So we had the morning to search for the homes. For 12 years, I had been treasuring a printed brochure that contained a black-and-white print of mother s home. Worn on the edges, a corner torn, mother had given me this picture as a birthday present in 1992, just after I had finished constructing the slab of my parents’ home in Delhi—the slab which would become roof over their head.

This postcard-sized photo had been printed by my grandfather in the hope that he could get real estate agents to sell the house before the country partitioned in 1947. On the back, it listed the specifications —a five-acre compound with its own tubewell, a ballroom with a 3,000-sq ft teak floor and a host of suites and bedrooms. The address on the paper was now untraceable—Canal Bank, near the AGG’s house was all it said.

While we were discussing the possible locations, as the canal runs right through Lahore for a distance of about 15 kmt I fished out the brochure. My hosts Fazal and Farced looked at it for a minute. “Why was this brochure never printed?” asked Fazal.

Our ancestral home in lahore

While I nervously explained the reason. Fareed’s Son Fursan said quietly: “But this is Makhnoor’s school. See, the same porch!”

The brochure changed hands. Fazal looked at it, then Zara, and then the Walid Sahib of the family — Malik Saheb.

I froze. It was eerie, yet beautiful. Here, I was on my first morning in Lahore. In an unknown house built by a fellow architect in Lahore – Zaheer. An architect friend I had met in India through another friend who had married a girl from Lahore 20 years ago. An unknown home of an unknown family who had waited for six hours at the Wagah border to ferry my daughter and me to Lahore the previous night, shifted their children’s bed to their bedroom floor, on gaddaas, and given us their only second bedroom. Here I was, listening to the wonderful Punjabi dialect so comfortably natural lo me.

“Yes it is Makhnoor’s school….See, see, see, same school,” Mahnum and the other children chorused. 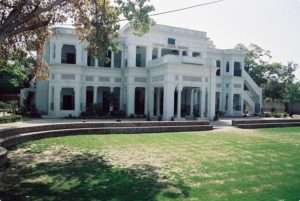 I was quiet I had nothing to say. Hearing the excitement of the children, Indrani squealed in joy. There was an air of excitement all around. We bundled into Fareed’s car, six of us crowded together.

A few kilometres away, on the other side of the Canal which is Lahore’s pretty lifeline, I was still holding my breath when Makhnoor said “my school”, pointing across the Canal to a white building. Golden letters proudly proclaimed it as the Lahore Junior School. A crossing away, a U-turn, a slip road and we were there.

Since it was a Sunday, the gatekeeper was at first reluctant to let us in. The school was closed for a week Lahore’s spring break. But once he heard the whole story, and after a few words in Punjabi, he flung open the gates. So this was where one line of my ancestors were brought up. 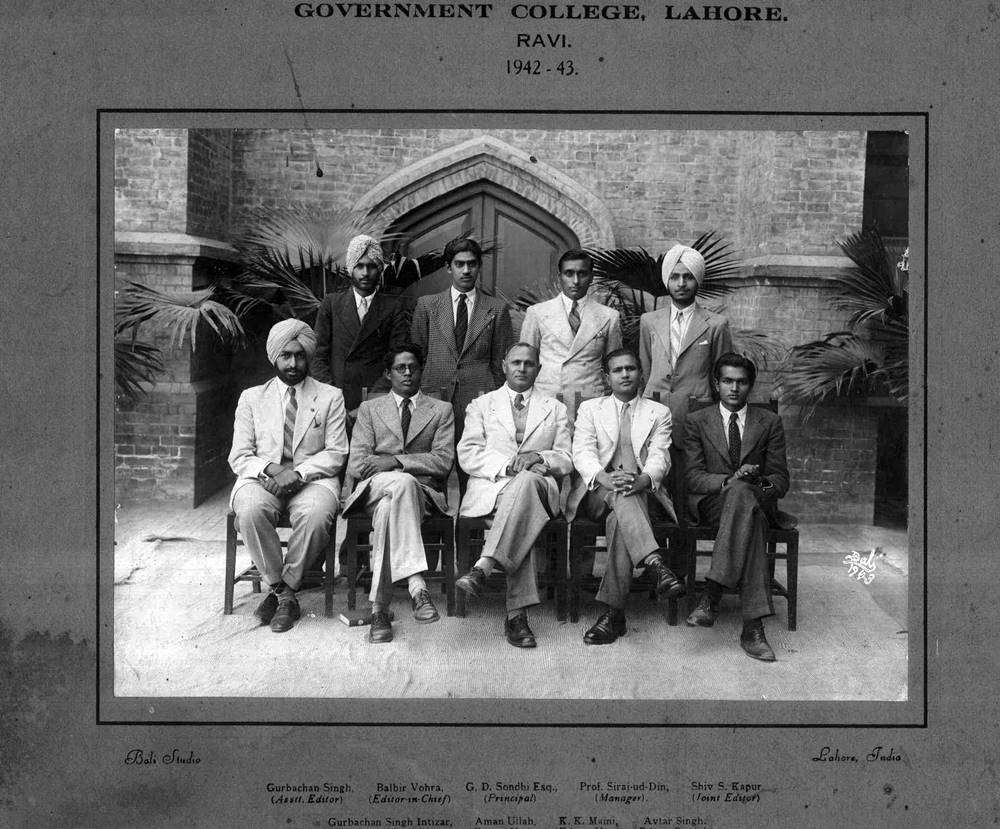 I had the brochure in my hand, my camera slung around my neck —38-mm leas set up, auto focus. My legs moved on their own, to the spot from where my ancestors must have taken the picture I held in my hand over 60 years ago. I clicked the building, as it looked now.

Fazal watched, a look of pure joy on his face, while my legs took me back and forth. My Pakistani hosts were as delighted as me. I had finally found one of my ancestors’ homes. A home built 75 years ago.

The writer can be contacted at sudhir@sudhirvohra.com