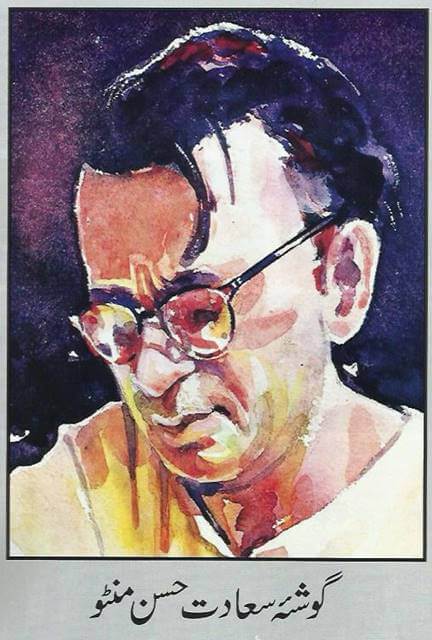 In December 2012, Alhmara celebrated the 100-year birth anniversary of Saadat Hasan Manto. One of the key events was ‘Kon Hai Yeh Guataakh’, an adapted play around the life of Urdu’s greatest Afsana Nigar. It was realised by artistic genius of husband-wife duo; Shahid Nadeem (script) and Madeeha Gauhar (direction).

Kaun Hai Yeh Gustakh began with dark and gruesome atrocities that took place at time of 1947 Indo Pak migration.  Arguably speaking, 1947 partition unraveled the beast out of humanity, which gave authors like Manto and poets like Amrita Pritam infinite frustrations to put in ink. It is no coincidence that if you are asked to name one great writer or poet from Switzerland, the most peaceful country on planet, chances are you can’t think of one.

Manto, although much admired in Mumbai movie industry, could never find himself at peace at his new dwelling, as well as himself. Society and establishment persecuted him for not obeying by their rules, neither taming his writing. This invoked Manto toward further rebellion. He avenged by creating closer-to-life characters, a woman who cannot obtain licence for Tonga (horse carriage taxi), yet is given licence for prostitution. He creates Toba Tek Singh, a man in mental asylum trying to find his Indian or Pakistani identity. Or a harlot in Kali Shalwar, who despite low client business is trying to get a new black shalwar since holy month of Muharram is approaching. As the Play proceeds, Manto and his Indian friend Shyaam narrate the story, with all these characters coming to reality at the stage.

With uncontrolled consumption of low quality alcohol, Manto’s livers is damaged beyond repair. The poignant story of his life ends is despair, showing the society its dark and hideously disgusting facet, which Manto knew inside out. The script was well balanced, bringing in some dose of satire such as ‘Uncle Sam Kay Naan Khatoot’, Manto’s satirical letters to United States, which remain so relevant even today that it seems Bush prepared his foreign policy after reading these!

The Lahore audience for such events was fantastically mature as always. Uzma Hassan as old woman whose daughter disappeared captivated all audience to hold their breath. Fantastic performance which cannot be applauded enough.
As the play concludes, it’s a “war between Saadat Hassan Vs. Manto”, as he puts the state of his mind in his own words. 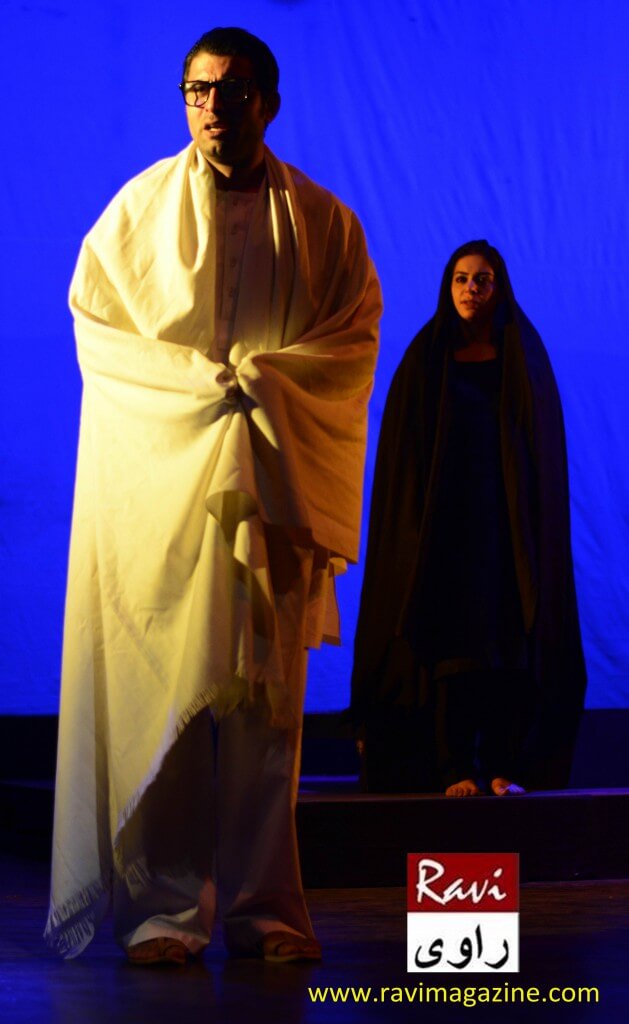 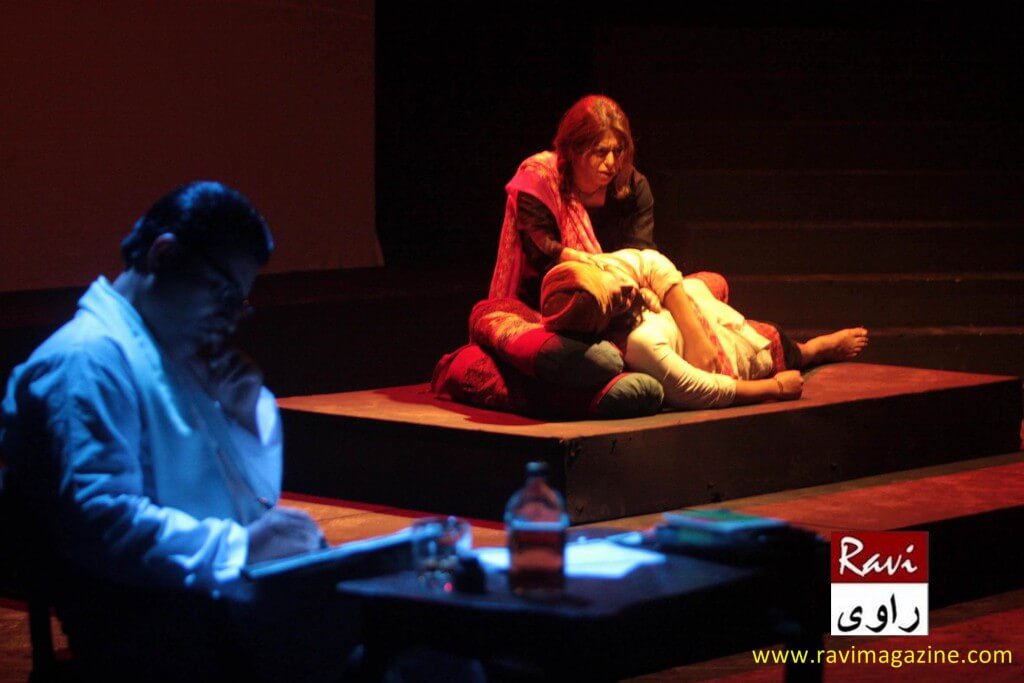 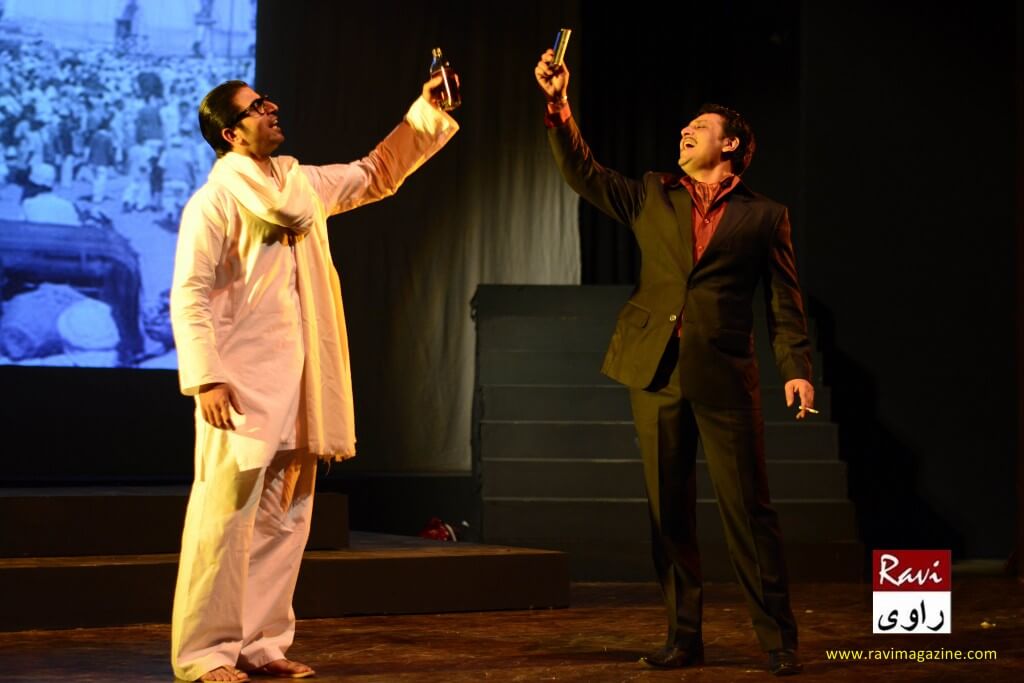 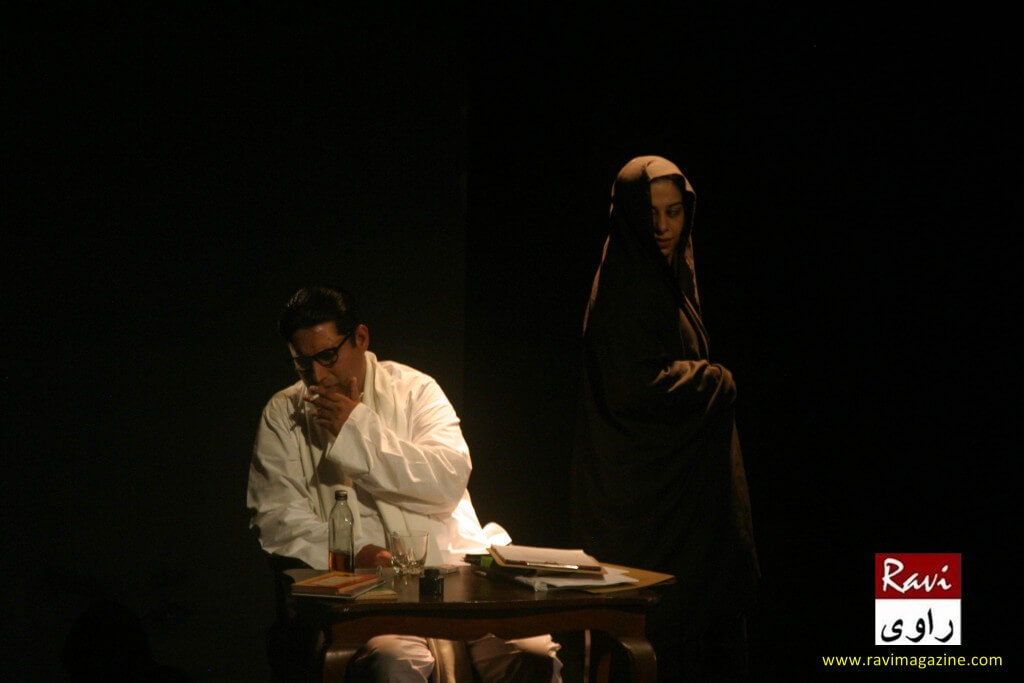 Also read: Manto’s Epitaph remains as extraordinary and controversial as the fictional writer himself.