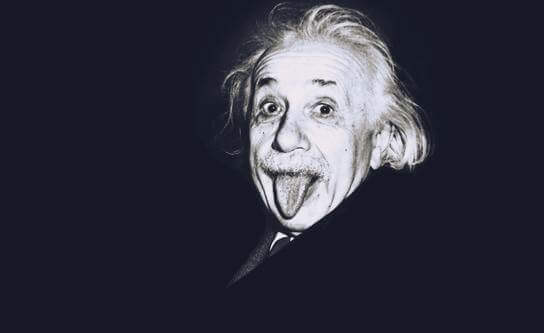 In 1925, Allama Iqbal contributed to the “Crescent”, the Islamia College magazine a thought provoking article entitled “Self in the Light of Relativity”.
The Allama observed that the ease with which we perceive external things hides from us the mystery of human perception. According to modern science all that is necessary for an act of perception happens inside the observer; yet the things perceived appears outside.
Physics ignored Metaphysics in the sense of a theory of know-ledge in its onward march. This attitude though advantageous to itself could not have been maintained for a long time. Physics cannot afford to ignore Metaphysics. It must recognise it as a great ally in the organisation of experience. Happily it is not a meta-physician but a scientist who justifies Metaphysics. The scientist is Einstein who has taught that the knower is intimately related to the object known, and that the act of knowledge is a constitutive element in the objective reality.
The object known is relative to the observing self; its size and shape change as his position and speed change. Whatever the position and speed of the observer, whatever his frame of reference, something must always remain which confronts him as the “other”. If in view of the principle of relativity the object confronting the subject is really relative, there must be some self to whom it ceases to exist as a confronting other. This self must be non-spatial, non¬temporal, Absolute, who whom what is external to us ceases to exist as external. Without such an assumption objective reality cannot be relative to the spatial and temporal self. To the Abso¬lute Self, ther the Universe is not a reality confronting him as his “other”, it is only a passing phase of His consciousness, a fleeting moment of His infinite life.
Allama Iqbal said:
“Einstein is quite right in saying that the Universe is finite but boundless. It is finite because it is a passing phase of God’s extensively infinite consciousness, and boundless because the creative power of God is intensively infinite. The Quranic way of expressing the same truth is that the Universe is liable to increase. This simple truth mentioned in the Quran was the greatest blow given to the deductive systems of thought that existed before Islam.”
Iqbal poses the question “is the human self also a ph^se of God’s consciousness, or something more substantial than a mere ideal He observes that in the Quran the word “K/io/fq” has been used to indicate the relation of the Universe of matter to God, while the word “Amr” has been used to indicate the relation of the human self to the Divine Self. Human self is therefore more substantial than a mere idea.
Aliama Iqbal next posed the question whether it was possible for the human observer to reach the Divine point of view and to
realise the freedom from the universe as a confronting “Other”. According to the mystic it was possible to reach a super-intellectual stand point, and his method was to escape from the conditions which made the movement of intellect possible. Iqbal was however In¬clined to think that the mystic way was detrimental to some of the important interests of life, and was prompted by the desire to escape from the arduous task of the conquest of matter through intellect. Iqbal felt that the surest way to realise the potentialities of the way was to associate with its shifting actualities. He believed that empirical science, association with the visible, was an indispens¬able stage in the life of contemplation. He pointed out that a keen insight was needed to see the ncn-temporary behind the perpetual flux of things. The mystic forgot that reality lived in its own appearances and that the surest way to reach the core of it lay through its appearances.
According to Iqbal, action is the highest form of contemplation. He elaborated the point as follows:
“The realisation of the self comes not by merely permitting the wide world to throw its varied impressions on our mind, and then watching what becomes of it. It is not merely by receiving and intellectually shaping the impressions, but mainly by moulding the stimuli to ideal ends and purposes that the total self of man realises itself as one of the greatest energies of nature, in great action alone the self of man be¬comes united with God without losing its own identity, and transcends the limits of space and time. Action is the highest form of contemplation.”