A Cultural Revolution? By Zia Ahmed 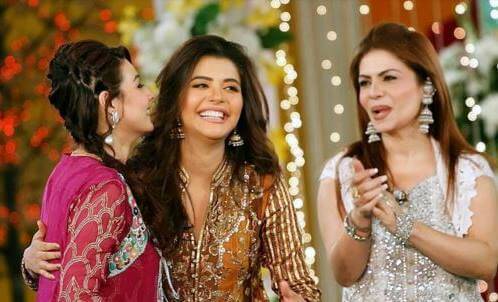 Globalization brings different things to different people. Ruin to Argentina, call centers and McDonald’s to India, Maquiladoras to Mexico. To us in Pakistan, it has brought TV channels. Folks, the cable-TV revolution has come to Pakistan! And I don’t mean just the 13 channels of sh\\*t on the TV to choose from that Mr. Floyd had at his disposal. No, we’re much further along than that. At my parents’ home in Karachi, we’re actually up to 60+ channels of excrement. As expected, this on-demand availability of world culture has brought its share of contradictions and controversy into our simple homes.

Not that we’re strangers to contradiction, the latest case in point being “The Point.” A stone’s throw away from the mazaar of Abdullah Shah Ghazi, this marvel of capitalistic degradation is a part of and apart from the rest of the city. My familiar Hillsdale Mall, in uppity, suburban Northern California is a mud hut in comparison. “Yaar, it just doesn’t seem like Pakistan”, marvels Bhayeea. “Those gleaming marble floors, and the endless Euro-trashy outlets. Mujhe to chappalon mein andar jatay huay sharam see aa rahee thee.”

Or how’s this for a clash of – I’m loathe to say civilizations, so – reading matter. Browsing through a used bookstore (yes, there’s been a renaissance of sorts in Karachi so these are no longer in the dodo’s field), I come across a set of Imam Ghazali’s Ihya’ Ulum al-Din. The resulting recoil turns me around and I find myself facing a shapely blonde, presenting yet more ways to “Blow His Mind” on the cover of the latest Cosmo.

One of Messsrs. Ghazi or Ghazali must surely be turning in his grave.

But I digress. Contradictions aside, things really are different, especially in TV-land. All over PTV’s Pakistan, that place that is and isn’t Pakistan, women are in bed without dupattas and with make-up. Without men of course but crucially without dupattas. And the level of dupatta head-cover on Khabarnama – that eternal barometer of the government’s “liberalism” – is at an all-time low. Often, you need a side profile to discern that the dupatta is in fact making contact with the head. Mixed message though – the “Tijarti Khabrain” lady is as bare-headed as they come. Smartly dressed in a short kameez and cursory dupatta, she reminds me of those chirpy heroines from old Waheed Murad movies. You know, the sort who’s eternally discovering our poor hero crawling in the rose bushes and greeting him with an icy “Aiee mister! yeh kya budtameezi hay!” “Ah, but it’s a private production”, remarks Abbu wisely.

If you’re quietly cheering a feminist upheaval on account of the “Tijarti Khabrain” lady, think again. On the same night, that radiant but fading beauty Laila Zuberi asserts rather nonchalantly: “kisi nay theek hee kaha hay, waqaee hum aurton ki jaga ghar mein hay.” I gasp for breath and Bhayeea and I quietly glance at Ammi, hoping for a response. We wait in vain.

But hey, all those “cultural” things are up in arms. Ali Haider cavorts with a scantily-clad hottie, an unthinkable act before I went off to college. Reema barely raises eyebrows on her uncannily mujra-like performance involving (gasp!) multiple men. Salaams are out and Adaabs are in. Mamu grumbles about the prevalence of “meerasis” on TV but is secretly pleased when his darling piece-of-the-moon puts on a Hrithik Roshan dance number at a mehndi. Video CDs are the future, as I find out when I come across the HBO flick “Gia”, with Anjelina Jolie flaunting her considerable assets on a display shelf. And I sneak a copy of “Lord of the Rings” through customs to prove to Abby that in some ways we’re more advanced than the rest of the world – we get movies before they’re released.

To PTV’s credit, it is fighting back. The battle is all but lost, but there are important victories. Parts of “Behind the Last Mountain”, Pakistan’s first (and only?) English movie, are shown with a rather artistic “spotlight” on the fella who’s speaking, the rest of the screen being dark. “Wah, wah!” I gush. “How artsy.” “Bewaqoof, that’s just the censor!” laughs Bhayeea. Turns out sleeveless blouses are still a no-no, so the ever inventive Javed Jabbar turned to “spotlighting” rather than chopping off entire scenes. The same goes for Junoon’s “Bulleya” video: which do you prefer, PTV’s version or that on any of the other (formerly available) Star channels? The only difference is Resham’s comely midriff. And the only obstacle is the channel up button on the remote. But try explaining that to the guardians of public morality.