Mirror neurons are a group of neurons that activate when we perform an action or when we see an action being done. They are related with empathetic, social or imitations behavior.

There argument started with Jason Marsh questioning about mirror neurons and how they are discovered. V.S. answered by saying that the mirror neurons were discovered by Giacomo Rizzolatti and Vittorio Galles and some of their colleagues in Italy while observing the brains of monkeys. First, they noticed that certain cells activate of both monkeys, one who was doing an action and other who was watching the action being done. So, they tripped onto the discovery of mirror neurons.

They are found in the frontal lobes of brain. They basically fire when we perform an action or see an action being done. So, these neurons are carrying out an artificial reality simulation of our mind and brain. Hence, mirror neurons are important for all kinds of social interaction. Carrying on with the argument, Jason Marsh asks V.S. to elaborate the role of mirror neurons in terms of emotions or experiences.  V.S. then says that mirror neurons are involved in empathy. Adding on, empathy is the ability to share the other person’s feelings and experiences by visualizing what it would be in that person’s situation. For example, if someone pokes a fingernail in their thumb. The person who’s watching this action being carried out, will discharge neurons and hence, they will experience a painful sensation.

Jason Marsh continuing the argument asked about the major misconception regarding mirror neurons. So, V.S. answered by saying that because it’s a new scientific discovery, people were very skeptical, they went overboard and thought that they do everything. Ramarchandran expanding his knowledge told that these mirror neurons play an important in transmitting skills from one generation to next. At last, the conclusion of this argument was in the favor of V.S. Ramarchandran.

I strongly agree with the ideas of scientist V.S. Ramarchandran. And that’s because I believe that our brain is a mysterious box that is enabled with different mechanisms that allow us to imitate actions, behaviors, attitudes or feelings. Just like toddlers can reproduce facial expressions and adults can copy basic behaviors. Moreover, we cry while watching a sad movie or a scene. We can spread laughter and happiness. This is all possible because of the mirror neurons that exist inside our brain. It is also very clear that sometimes there are skills and talents that we have inherited from our parents or family. For example, not every single person is born with a beautiful voice when they sing. Some people naturally have an attractive voice. Not every human has a business or scientific mind. It may also depend on the family. If the family is immensely involved into business, then most likely there are chances that the child might have a business mind. Lastly, some people are left-handed, and this can come from family. So, it has been proven that mirror neurons are responsible for the transmission of skills and culture. 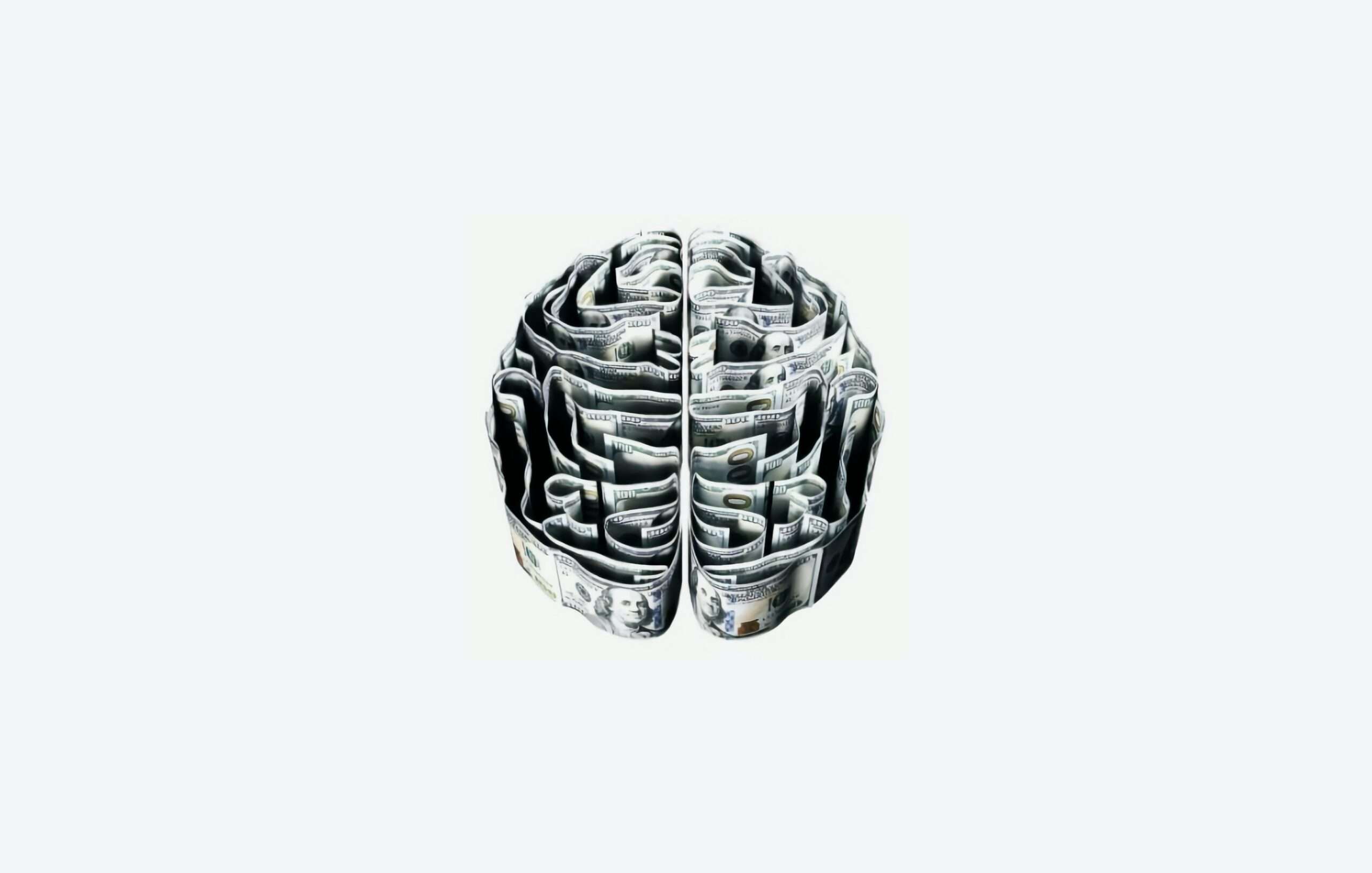 The first article is specifically about mirror neurons and empathy. It talks about experiencing another person’s inner world with more clarity than any fear or doubt.

Article says that mirror neurons are basically the population of neurons that reside in our brains and play very crucial roles. These neurons fire when an action is being done or seen. And, they allow us to realize the other person’s actions and give us chance to perceive their intentions. In the article it is said that we partly experience the things we observe as mirror neurons activate at its capability level since our body consciously decides to carry out any action. In addition, mirror neurons also enable us to understand other people’s emotions by observation.

For example, when we observe a person who is a homeless, crying and begging over food. Our mirror neurons will fire and to a certain extent, feel what other’s going through. So, in my opinion the value of the research increases a lot. Hence, it proves that in our daily life, existence of mirror neurons plays a very major and significant part. An example of patient-doctor relationship (physician and a patient) is given which emphasizes on the importance of empathy.  In this case they say that empathy is a very intricate issue because at one side we have a patient who is very skeptical, fearful and needs to be treated very carefully. And on the other hand, it’s the physician who needs to avoid getting too much involved in the patient’s sufferings so that the patient doesn’t feel uncomfortable or confused. So, such doctors adopt “forceful detachment” approach which breaks off the empathy. This maybe very agonizing, distressful and unhealthy physically and psychologically for the patient. Here we derive another importance of the research of mirror neurons is that we can appreciate what reaches us in the form of emotions. We are mirroring the emotions of the other person. If this process wouldn’t be taking place, then the human beings would be emotionless, and this would leave negative impact on everyone.

My second article is about family, upbringing and education playing an influential role in empathy. Its very clear that parents choose to encourage empathy within their children than focusing more on a child’s activities. Empathy is our capability to recognize, feel and acknowledge the other person’s requirements and sufferings. It demands for emotional attachment with other caring human being.

In terms of parents, empathy is a basic requirement starting from a child’s developmental age because it is a key to raising healthy and thriving children. Additionally, it also encourages to be humble, soft-spoken and builds a sense of humanity. Moreover, it plays a very astounding role in predicting a child’s life-long success. Home is primary education for children as they’re taught every minor and major skills, activities or manners in which empathy plays an outstanding part as it plays a role in building a child’s personality. Family creates a child-centred atmosphere where they care for the child regardless of external accomplishments, this helps a child feel more protected and emotionally attached. This increases a child’s ability to care for others. Parents patiently listen to their child which helps them create understanding and strong bonds between them. In my opinion, this way a good way when child tries to share more stuff with their parents/family which is beneficial for both. Parents in the meantime, teach their kid that empathy isn’t a fixed trait hence, it is developed over time as we’re growing up. A child then has an idea at the back of his mind that life is all about learning and growing. Since, toddler’s primary education is their homes and secondary education is either the nurseries or schools. They are taught kindness. Just like, we’ve to earn respect by giving respect to others. Likewise, children who are humble and compassionate towards themselves, their family, servants or other people are more successful in life. In almost every family there’s a trend of gift-giving which builds a sense family values in a child. It also brings families together and increases our well-being.

Additionally, parent’s help a child to see, understand and analyze the world with broader perspective. It sharpens a child’s mind. And its more like walking into other person’s shoe which to helps build a greater capacity of empathy. Teachers also play a key role in a child’s life. Teachers are the role model for students. They need to be kind, polite and clever in their actions, conversation or body language as a child’s power of imitating is very high. Lastly, upbringing of a child in family and education helps to build a good character and a strong personality.

Last but not the least, learning more about mirror neurons, eventually makes us more compassionate towards people. I feel the most important thing is that it comes from the heart. Starting from ourselves, be more empathetic and concerned about yourself. Focus on your strengths and positive sides. Don’t degrade yourself. Motivation is the key to success and happiness, in short you are being compassionate with yourself. In terms of social interaction, we learn ways to express ourselves. Match your facial expressions or hand gestures to your felt emotions to let other person know you understand what they’re going through. In short, we sometimes must keep our body language very positive. We can be more compassionate by respecting other’s privacy. Also, think before you speak. If an important talk or event is taking place, then show loving attitude.

Ultimately, compassion arises through empathy and is characterized by actions.

The simple act of compassion can make a world of difference in someone’s day and yours too.

We don’t need to wait for crisis to show compassion. It should be practiced in our daily life.

Mitchel, M P. (2017, May 7). Empathy: How Families Lead with Gratitude and Kindness. https://www.rootsofaction.com/empathy-families-children/