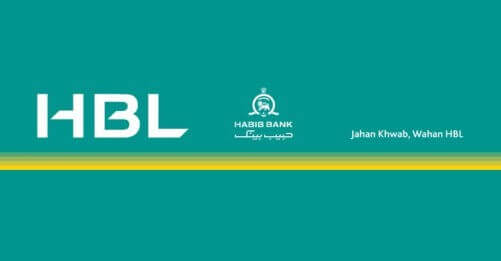 WHEN AND HOW DID THE SCHEME START

It seemed an opportune time for banks to mop up excess liquidity by offering attractive rates of return.

HOW DID THE PUBLIC RESPOND

Habib Bank Ltd’s CrorePati scheme became the center of public attention despite other lucrative schemes such as Maal-a-Maal of MCB, Zaramaad and Caramad of UBL, etc.

A total of Rs 47. 3 billion were mobilized through the scheme. Most of the deposits came from the middle and lower income groups of the society. In many instances people pooled in their resources to purchase the RS 50,000 denomination certificates which offered a rate of return of 8% per annum.

It was also reported that portfolio substitution of a higher order (shift of resources from National Savings Schemes and Prize Bonds) also took place due to these schemes.

We can analyze the situation with the help of the hypothetical example explained below:

DISPARITY IN RATES OF RETURN

A person who won the prize of 10 million earned a rate of 200% on his deposit while others received real rate of return of only 4.7%

DISPROPORTION IN RATIO OF GAINERS AND LOSERS

As clear from the table above, there was a vast gap between the ratio of winners and non-winners.

The Council of Islamic ideology gave the verdict that the schemes were in violation of Shari at injunctions.

The large numbers of deposits mobilized by Habib Bank Ltd were not used up efficiently due to the poor economic conditions prevailing in the country. Demand for new loans was low and the mark-up given to the depositors became an added cost for the bank.

THE END OF THE SCHEME

The CrorePati scheme of Habib Bank Ltd and others of similar type offered by other banks were finally withdrawn on December 31, 1999.

The deposit mobilization scheme was successful in mobilizing large amount of deposits but posed a loss to the bank in terms of the high cost incurred.

Downsizing was introduced in financial institutions in by the government in 1997 as a cost-containment initiative. Considering this agenda HBL introduced the Golden Handshake Scheme in October 1997, which aimed at downsizing and rightsizing the existing organization structure.

Rightsizing refers to restructuring the brick and mortar branch network i.e. the loss-making branches are usually merged into nearby lucrative branches.

Since the start of the programme in 1996, 222 branches have either been shut down or merged with other profitable ones.

The filtering process that resulted in reduced number of excess, incompetent and inefficient employees. Downsizing is a means of improving the quality of human resources and monitoring the performance of employees on a regular basis.

Permanent employees at all hierarchical levels were offered golden handshakes or voluntary retirement schemes. It was estimated that HBL should be saving Rs.20 to 30 million annually through reduction in staff size alone.

FAILURE OF THE SCHEME

Pakistan is one of those countries where IMF and World Bank policies towards Structural Adjustment Programme and other strategies are being implemented. The most controversial and debatable of these policies is Privatization of State-Owned Enterprises (SOEs).

The objectives of Privatization are:

FACTORS RESPONSIBLE FOR DELAY IN PRIVATISATION OF HBL

In 1991 the government made public its decision to privatize Habib Bank Ltd and other SOEs.

As there do not exist large parties in the country who can legitimately qualify for purchasing the bank.

Sell on, as is where is basis

Sell after bad debts have been recovered

The RTC would first separate the bad loans from the good ones. The bank could then be sold off as a clean bank.

The RTC over bad debt portfolio of the bank.

Use sale proceeds to buy back bonds or retire other debt