Freedom: Article on plight of Minorities in Pakistan: By Syed Zain Abbas Rizvi

Freedom: Article on plight of Minorities in Pakistan: By Syed Zain Abbas Rizvi

The word holds more meaning to Pakistan than most of the countries around the world. The famous tales of the partition of the sub-continent have been etched in the minds, instilled from generation to generation. The struggles, the sacrifices are still chanted in the books narrating history, still channelled through art, still portrayed through the stage. However, freedom has lost the substance, the context and only remains abstract today. We have forgotten what freedom entailed and have merely reduced it to ‘Angrezon sey Azadi’ and ‘Cheen key Mulk liyaa’. We have turned away from the very tenets that define freedom and continue to disparage the word further as we cling onto the easy version of freedom while negating the true essence. 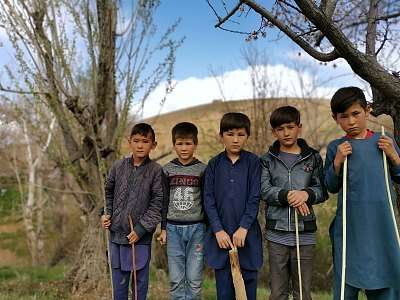 We as a state once stood on the principles of Mohammad Ali Jinnah, followed the likes of Liaquat Ali Khan and cherished the subliminal nodes rooted deep within the poetry of Allama Iqbal. Time surely taught us how to modernise; compete with the world and learn without being burdened by domination. Yet gradually time riddled our minds with the same mentality shared by the rulers back then; ruthlessly demeaning the minorities, playing divide-and-rule and inciting religious intolerance to ensure control, power and comfort.

The freedom we know is the physical notion while our minds stay trapped. We quietly witness the destruction of temples yet hail the message of tolerance like a patriotic Pakistani. We witness the forceful conversion of catholic girls and assume silence. The agonising message couldn’t be clearer when the underage girls refuse to testify in courts with the fear so ingrained in their minds that they deny the very fact of marital rape and brutality. We debate this idea under the law of shariah while hail gender equality like true progressive Pakistanis. We again assume silence when minors get brutally raped and dismembered; riling up once in a blue moon yet completely ignoring the perpetually and worsening nature of the crime that is sadly regular in Pakistan nowadays.

The Hazara community is a small representation of the entire Shia sect in Pakistan. They continue to live the same nightmare every other year, they continue to feel like dwelling a jail awaiting their fate to be slaughtered or smattered in a thousand pieces. They continue to lay their loved ones onto the roads in nerving temperatures being aware that once they return home, the clock to their genocide resets and starts ticking again.

Where the rights of minorities are trudged and nudged under the rug, where honour killings do not shock our very soul anymore and where rapes are gradually being programmed as the reality to be accepted eventually; freedom is only a joke to be celebrated every Independence Day. What we have is a freedom of perspective that darkens with each passing day in the purgatory called Pakistan.