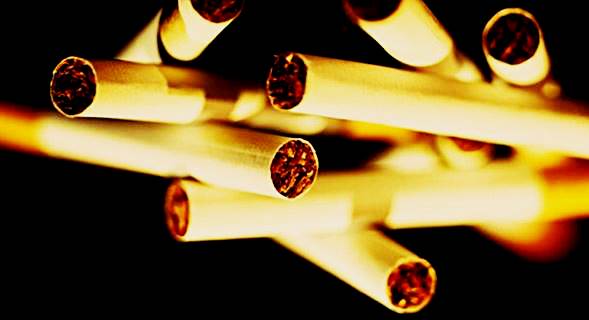 Presently there are seven listed tobacco companies in Pakistan which constitute as the organized sector of the industry:

The two companies have merged together and are controlled by Lakhani group.

The major product of this industry is cigarettes. Other than that, other products include cigars, ‘Bidi’, ‘Niswaar’, and tobacco for pipe and ‘Huqqua’. In Pakistan cigars and pipe tobacco are imported while the other products are locally manufactured. The production facilities for ‘Niswaar’, ‘Bidi’, and ‘Huqqua’ tobacco constitutes the unorganized sector and very little data is available. According to an estimate almost half of the tobacco consumption is through cigarettes while the rest through other means. As the prices of the products other than tobacco are very low, therefore the major source of revenue in the industry is cigarette manufacturing. Cigarette market can be divided into the following categories with the leading brand in each category and its market share. The categories are defined by the price range of each category.

Basically the industry is Capital intensive with the tobacco processing and cigarette manufacturing units only monitored by the people. The packaging job is also done through machines. However as far as the farming is concerned, it is still very much labor intensive, although the tobacco companies patronize the farmers through giving them various complementary inputs for farming. According to Economic Survey of Pakistan ‘95-96, total employment in the manufacturing side of the industry is 6000 employees with a total cost of Rs. 225 million.

According to a rough estimate, the total investment in the industry is around Rs. 3,900 million. However this figure is not very accurate as little data is available on the unorganized sector of the industry.

The imported brands have an important position in the upper category brands as there are very few brands which are manufactured locally (Gold Leaf, and recently Kenmore). Until a few months back all the foreign brands were smuggled in to Pakistan. Recently American company R. J. Reynolds started importing its line of brands (Camel, Aspen, and More) to Pakistan followed by PTC’s import of Benson & Hedges. In future the market is expected to be filled with other imported brands such as 555 (by PTC), Marlboro (by LTC/Philip Morris), and Dunhill etc.

As far as the import of raw materials is concerned, the paper roll and filters are imported while a part of the tobacco used in premium brands is also imported. Other than that, most of the raw materials are locally produced. The big companies, and among them the higher priced brands, use a larger proportion of imported raw materials. However there is a as such no international competition as the locally manufactures materials cannot compete their foreign counter parts in quality.

Pakistan also exports raw tobacco. The last five years figures for the export of raw tobacco are given below:

Some cigarette is also exported to Middle East, Africa, and former Soviet Union but no figures are available in this regard.

As mentioned in the duty structured the industry is under a heavy indirect taxation from the government. According to a rough estimate the total indirect tax (duties and sales tax) paid by the two big companies (PTC, and LTC/PTI) amounts to around Rs. 12,903 million which is around 12% of total government tax revenue from these sources. On the other hand the these companies’ share in the total income tax collected by GoP is only 0.07%. The shows the extent of heavy indirect taxation on this industry.

The issue of environmental pollution is not of critical nature in the industry as the industry is not responsible for any anti-environment activity. However it is heavily criticized for the health hazards that are caused by smoking. The tobacco companies try to improve their public image first through media advertising and secondly by engaging in other activities that improve their overall image. PTC started its plantation campaign in this regard few years back and also started the production of edible oil (Sundrop) for these reasons.

The pricing in this industry has a steady upward trend with an average rate of 5-8% per annum. This due to the sales tax and excise duties which the government imposes on the industry and which in turn are passed on to the consumers. The most significant feature of the pricing is the effect of taxes and duties. The industry does not increase the prices to improve its margins but it only attempts to maintain them.

In tobacco industry the product styling plays a very important role as the image of the brand is an crucial factor in the overall success of the brand. The company’s try to compete with each other through giving a distinct image to the product through various marketing activities. This image helps in the differentiating the brand from its competitors in the same price range.

Advertising or “above the line promotion” activities help the brand to achieve its desired image among the consumers. However the competing companies try to consolidate their own image through advertising rather than try to undo the competitor’s brand. For example, Red & White and Wills Kings are two competing brands in the same category but their advertising campaigns are completely independent from each other. The reason being that their desired brand image and brand styling is different.

There are very strong brand names in this industry. In fact the brand name and image is of greater importance than the quality of the product.

The dealers play a major role in the industry as they can easily ‘make or break’ a brand in the market. But still the dealers’ discount in the business is very low and like the companies they earn their profits on sales volume rather than profit margin. Following are the profit margins for various types of dealers:

Currently in Pakistan there is a room for the tobacco products like cigars and pipe tobacco. However due to the low demand of these products and high costs of production no company is interested in launching these products either through local production or imports.

Other non pricing factors include the following:

Following are the profit figures (in millions) of the major companies:

The availability of the product is a very crucial factor because of the nature of the product. If the smoker of a particular brand fails to get his brand then he would be willing to switch to another brand for the time being. This change can also prove to be permanent. Therefore the companies try to make sure that the brands are available at the outlets according to their expected demand. This requires a very efficient distribution network as possessed by the leading companies (PTC and LTC/PTI).

Tobacco industry is a world wide growing industry, despite all the criticism it is facing in today’s world. From Pakistan’s point of view there are a number of important points.